Tax day is coming quickly. Everyone is obligated to fill out a 1040, regardless of whether they earn their money as an employee, through self-employment or by playing online poker. Some people fill out their return themselves while others go to a free help service or pay someone to file for them. 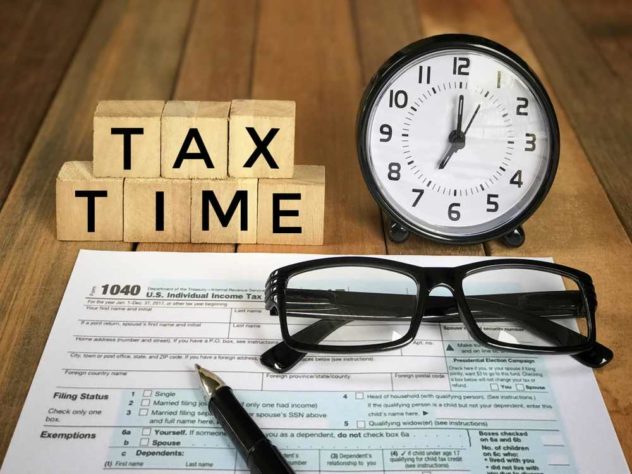 It’s important to keep up with the latest in tax law, not only to avoid problems but to make sure that you get everything that’s due to you. Take a few minutes to review these tips before you file your 2018 tax return:

In the past taxpayers had a choice between itemizing and taking the standard deduction. Itemizing involved taking individual write-offs for charitable contributions, mortgage interest, etc. Now, with the increase in the standard deduction, it doesn’t really make sense for most people to itemize.

The child tax credit has increased from $1000 to $2000 for children under 17. The credit is applicable to families earning up to $400,000. Dependent exemptions of $4,050 have been eliminated but there are now $500 credits for non-child dependents (children over the age of 17, elderly parents, etc).

There are new limits on the amount that you can take off your federal tax bill for the state and local income tax that you pay. The deduction, now limited to $10,000, will hit taxpayers the hardest in states with the highest property taxes – California, Illinois, Wisconsin, Connecticut, and New Jersey.

Moving expenses are no longer deductible, even if the move is necessitated because of a new job or as a relocation requirement for a current job. If you’re a small business owner you can still claim moving expenses on your business taxes. Military personnel who move due to an active military duty requirement are eligible to deduct moving expenses. If you are moving for a job and the company reimburses you for your moving expenses, that reimbursement is not considered taxable income.

Up until last year, funds from 529 accounts could only be used for college. Now you can use the money that you have in a 529 account for private or religious school tuition for grades K-12.

Almost all income ranges are seeing a reduction in their tax rates. There are still seven tax brackets but many rates, along with the income thresholds at which the rates apply, have been altered.

The current brackets for joint filers are:

The brackets are pro-rated for single filers.

Fewer taxpayers will be paying the Alternative Minimum Tax. Income exempted for the AMT is now $84,50 for taxpayers married and filing jointly and 54,300 for single taxpayers.

There is no longer any tax penalty for taxpayers who don’t have health insurance. In addition, you can deduct any medical expenses that are more than 7.5% of your adjusted gross income. The floor above which out-of-pocket medical expenses can be deducted was temporarily lowered to 7.5% for 2017 and 2018. The previous floor for out-of-pocket expenses was 10%.

There are many changes for business. There’s a new 20% deduction for incomes from “pass-through” entities such as partnerships, sole proprietorships, S. Corps, etc) and a reduction in the top corporate rate to 21%. For small businesses, the amount that the business can expense interest from borrowing has been almost doubled.

Mortgage loans taken out after December 15th of last year have the deduction for interest capped at $750,000 on the loan balance. The limit is still $1 million on mortgages taken out before that date.

Cost of living adjustments give higher income ranges to savers who contribute to individual retirement accounts – IRAs. These deductions phase out for employees and their spouses who are covered by workplace retirement plans.

For married couples, the phaseout range depends on whether or not the IRA contributor is covered by a workplace retirement plan. The range is $101,000 to $121,000 for spouses who invest via access to an employer plan. The phaseout has been raised to $189,000 to $199,000 for individuals who don’t have their own retirement plan but are married to someone who does,

For married individuals who file a separate return and who are covered by a workplace retirement plan, the phaseout was not adjusted and remains at $0 to $10,000.

The phaseout was not adjusted for married individuals who file a separate return. That phaseout is still $0 to $10,000.

The 5 best startup cities in the world

How you e-verify your income tax return