Once upon a time, a business could focus solely on its bottom line, with little concern about its social impact or its reputation for social responsibility. That has all changed in the past few years. The rise of the Gen Z market and the unstoppable trend of ethical consumption habits has meant that how a brand looks after its customer and contributes to making the world a better place is more important than ever. 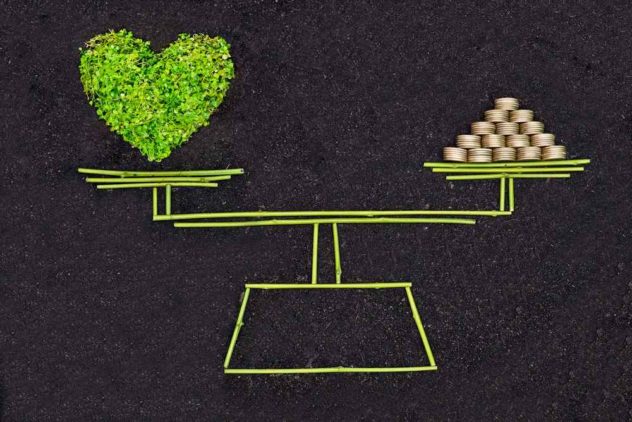 All businesses should have a purpose beyond profit, but the key difference in recent years is how brands are going the extra mile to display their ethical credentials. Here are some examples of ‘woke’ big business with a socially and morally responsible agenda, and the positive effect this has on profits.

A number of big brands have used their considerable platforms to advance progressive causes, particularly those that are of key concern to Gen Z and millennial consumers. One of the biggest examples of this year so far is Gillette’s ad campaign targeting toxic masculinity and championing the benefits of being a male feminist and ally.

In a similar vein is Nike’s now iconic #Believe ad campaign featuring American football quarterback Colin Kaepernick. The ad took an explicit supportive stance towards the politics of protest in the Trump era. While both campaigns were not without controversy and threats of a boycott among older, more conservative consumers, they worked tremendously.

Nike recorded almost record profits, with sales spiking to $6 billion in the immediate aftermath of the Kaepernick ad. Gillette has claimed a similar profits surge. It’s clear that taking a progressive social stance is working for big brands.

Another ‘woke’ business strategy that has been paying dividends is the move to protect customers from their own worst impulses, especially in tech. Smartphone manufacturer Apple won praise for the recent introduction of its ‘screen time’ function, which informs users how long they’re spending staring at their phone each day, offering tips on how to reduce their screen time.

Gaming companies have also been joining the party. One of the most popular casino gaming platforms in the world, Mr Green, recently introduced a ‘Green Gaming’ feature, a suite of functions that prevent casino gamers from overindulging, even giving them the option to ban themselves from the platform entirely. Players can also access reports that let them know if they’re at particular risk of gambling too much, offering guidance on how to limit that risk.

Unsurprisingly, these features have proved immensely popular, particularly among millennial consumers. Companies have a stronger obligation than most to be socially responsible, given the intense media scrutiny they now find themselves under. Placing limits on how much customers can enjoy a product might seem like a puzzling way to boost business, but the positive PR that accompanies such bold moves makes it worth it.

So is a ‘woke’ agenda a recipe for business success? Not necessarily. Clumsy attempts at appearing progressive, such as Pepsi’s disastrous Kendall Jenner ad, can do much more harm than good. Instead, only genuinely meaningful attempts at positive change will work in the future.