Isabel Dos Santos is a household name in Angola. She is first and foremost a doting mother and wife to a beautiful family. Her academic and business credentials are equally impressive. She graduated as an electrical engineer and quickly went to work applying her newfound knowledge. Over the years, Dos Santos has spearheaded multiple ambitious projects across Angola, her first love. 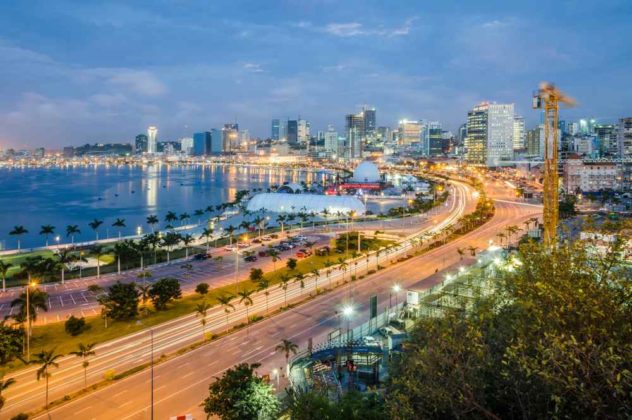 Isabel Dos Santos is a woman on a mission. She is bright, capable, and adept at running multi-national corporations. Her educational pedigree is top tier, having attended the illustrious Kings College in London. But it is her commitment to her home country, Angola which has captivated the public’s attention. Isabel Dos Santos understands the challenges facing Angola and emerging market economies. Her strategic objectives are focused on revolutionizing the business landscape to bring transformative change to the scene. Her bold plan includes the elimination of gender bias in the workplace and in the cultural zeitgeist of the collective psyche. She is a vociferous proponent of women’s rights and works hard to promulgate economic and social equality across Angola.

1. Leading from the front

Never one to sit on the sidelines, Isabel Dos Santos is a leader through and through. She has been instrumental in the growth of her corporations, including Unitel, ZAP, SODIBA, CANDANDO and EFACEC. Combined, these Angolan companies have operations in multiple countries around the world. Isabel is heavily invested in the success of these companies to ensure the success of the communities within which they operate. The story of Maria is but one of many examples that Isabel is proud of. Maria began as a shop assistant and is now the head of the Department at ZAP.

By leading from the front, Dos Santos effects the change she wants to see in Angola. She is an outspoken proponent of gender equality in the workforce, and she actively recruits women, promotes women, and defends women. In her own words, ‘Equal pay is key… evaluating and assessing women must be done in a fair way. This is very important.’ By breaking pre-conceived notions about women’s roles in society, Dos Santos believes that it is possible to change the patriarchal mindset and perpetuate national confidence in women.

2. Investing in the children of today for the promise of a better tomorrow

Isabel Dos Santos is a visionary. She is highly educated, innovative, and empathetic. These personal attributes have served her well as a role model in Angola. To this end, she places tremendous emphasis on the health and wellness of children, the eradication of malaria, and the provision of equal opportunity educational initiatives to young people all over the country. These social responsibility causes are near and dear to her heart.

Dos Santos believes that youth development is central to the economic prosperity of the nation. She works tirelessly to provide a platform to those without a voice. She contributes to local charities, and works hard to ensure that underprivileged children get an opportunity to shine too. To this end, she contributes to a paediatric hospital and is one of the largest donors and partners. Dos Santos and her companies are also invested in the ongoing battle against malaria, clean water initiatives in impoverished communities, and the organisation of special play days for infirm children. Her companies have partnered with many others in the private sector to provide for these community initiatives.

3. Using technology to shape the future

Isabel Dos Santos is an innovative entrepreneur. Her company EFACEC Power Solutions is a major market player in the field of energy, engineering and mobility. It features prominently in multinational markets and is quickly becoming a global leader in electric vehicles technology. Dos Santos is working hard to bring this type of technology to Africa, beginning with greater access to the Internet to allow for the development of e-commerce in urban and rural areas across the nation.

Isabel’s vision is that of an entrepreneurial Africa where the continent’s vast natural resources and skilled labor pool can be leveraged for maximum societal benefit. Angola and Africa at large are currently behind the eight ball when it comes to competing with developed countries. She seeks to initiate the digitalization of Angola, and fast-track the process of employment creation. She believes that technology and innovation are the elixirs to many of the problems in Angola.

Isabel Dos Santos is often quizzed about her favourite business, venture, or success. Rather than picking one option over another, she prefers to discuss ‘favourite moments’. This complex process of ideation, conceptualising, ratifying, funding and convincing investors inevitably leads to a series of favourite moments which she cherishes. These magic moments build the company culture. She is determined to tell the real story of Africa, about the talented individuals and the ingenious ideas that currently exist. She aspires towards a culture of merit and excellence where people value education and value-systems to build a better, fairer and more productive society.

What UK businesses can learn from the start-ups in Africa

Africa is the next place where big things are going to happen, Alexander Amosu tells Adam Aiken

Dominic Lill - April 18, 2018 2
The main motive or objective of every business organisation is to maximize its profits. All the inputs or resources of a business enterprise that...
We use cookies. To learn more, read our Privacy Policy.Ok