Progress does not stand still so that almost every aspect of our life becomes digitalized. A massive decrease in cash usage is a shining example of that.

Since the very first cashless payments were successfully conducted, more and more people have started to use cashless money. And the main reason for that is the beginning of a new age – the digital age. 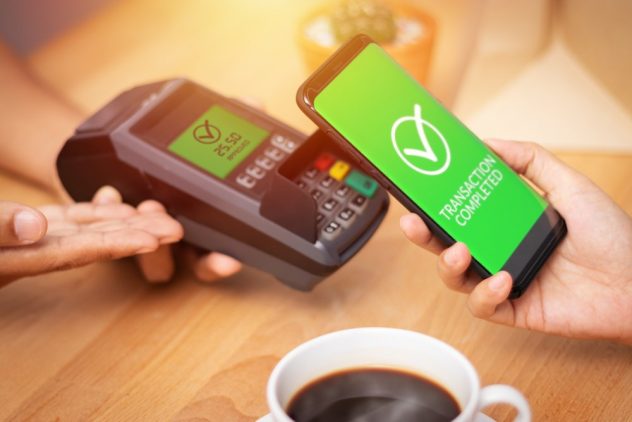 What stands behind the ‘digital age’?

We all live in the digital era, and we all know this fact. However, have you ever thought what stands behind the “digital era” saying? For most people, the digital era means the industrial era that is “pumped up” with technologies. In fact, it’s true, but there’s much more standing behind this term.

The digital era is also known as the information era. It’s a historic period, the main characteristic feature of which is the rapid shift from the industrial economy to the information-based economy. Some experts say that the digital era started when the World Wide Web appeared.

However, there are also many more features of the digital era that can be counted on one hand. For example, thanks to the development of the Internet (that was initially used by the companies to advertise their products), we all now have two lives, the physical and the virtual. What is also interesting, we have almost all the world’s knowledge at our fingertips, but we don’t use even a hundredth of it. Instead, we prefer using the Internet for promoting our physical life and for arguing with some strangers. Most of the information we “consume” does not do anyone any good. Anyway, these all are the inevitable results of the digital era we live in.

Payment process in the digital age

The digitalization of information is the main process that characterizes the digital era. It has had a massive impact on various industries and life aspects, including the television industry, the music industry, the book publishing industry, education, and of course, the payment industry. Since the information is now ofter represented in the digital form, most companies are focused on the development of their informational technologies. No wonder the availability of the cashless payments is growing extremely fast.

Nowadays, a major part of the retail stores accepts cashless payments and even contactless payments, thanks to such technologies as ApplePay. There are even many online banking systems and electronic wallets, which allow you to make payments online, without having to visit the land-based stores or markets. Starting from paying online for food delivery to payments made with Entercash at secured gambling sites, all these cashless options make our life much easier. All in all, you will hardly find a thing that cannot be bought on the internet using cashless payment options.

You’d think cashless payments have completely displaced cash, but as weird as it sounds, many European people are still using cash for making payments in the retail outlets. Germany is one of the countries where people prefer using cash to credit/debit cards and online payment options. The point is that using cash is still the safest method of making payments, and the level of confidence in the national banking system is pretty high.

So far, most stores, markets, and other outlets accept both cash and cashless payments. However, there are many retail points that offer lower prices for those customers who pay online or use cashless payment options, thus motivating the customer not to use cash. It usually causes many debates on civil rights.

Many people think that nobody should stop them from paying in cash. That’s why several US states have adopted the legislation that prohibits food and retail outlets from not accepting cash payments. The legislation protects the rights of low-income people, as well as the right to choose the payment method freely. However, it’s only a temporary approach to cash surviving.

Will cash survive in the near future?

Despite all those legislations that ban cash refusing, our society is likely to turn cashless one day, and it’s only a matter of time. Many governments and huge financial institutions are already fighting for moving to the cash-free world. Anyway, before going cashless, we all should deal with the disadvantages of using cashless payments first. These include but are not limited to privacy-related issues, technology problems, and hackers. Only when implementing the cash ban will be justified, the world will become cash-free.

5 tips for selling to overseas customers without losing money