Hospitals across the country are bracing themselves for a perfect storm of political uncertainty and harsh winter conditions.

Over the summer, the British Medical Association issued a concerning report suggesting that last winter saw the NHS under immense pressure, with emergency admissions up and cancer waiting times spiralling, with 4.3 million people waiting for operations. That figure has since grown to 4.41 million in August – and it’s unclear how it will ever be brought down. 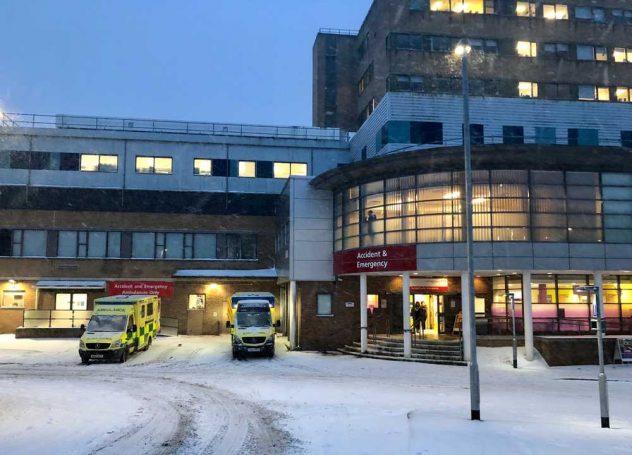 The figure for those waiting more than 18 weeks for routine treatment has also reached a record high of more than 660,000. And this situation is only likely to worsen as the cold weather begins to bite. The NHS has already been targeted by claims of medical negligence – and the organisation will only become more vulnerable as time goes on.

A similar picture can be found in the country’s A&E departments. September saw an annual recorded increase of more than forty-thousand people treated within four hours in A&E. Of the 64,921 patients who had to wait more than four hours, a minority – 455 – had to wait more than twelve hours before receiving further care. This might seem like an acceptably small proportion – except that it’s an enormous increase of 195% over the previous year. When TV screens fill with images of patients stranded on trolleys in the middle of waiting areas, this wait is the likely cause.

For the period running from 2004-2005, four-hour targets were introduced in an effort to reduce waiting times. But the financial crisis in 2008, and the subsequent austerity measures introduced by successive coalition and conservative governments have put a damper on that ambition. In March, the NHS indicated that it may phase out the target, as it appears to be distorting the priorities of decision-makers: instead, it is suggested that the sickest patients will be prioritised for treatment this winter, regardless of how long another person has been waiting – a principle that would appear to match with elementary triage.

Among Boris Johnson’s first acts as Prime Minister was to pledge £1.8 billion toward the NHS. This was followed by the promising of an additional £1 billion to NHS capital spending (with some provisos). While the availability of more money is likely to have a positive effect, it is unlikely to reverse the unwelcome trends that are blighting the system whenever winter rolls around. It’s also worth remembering that an election could see many of these funding pledges altered or revoked entirely.

A complicating factor comes in the form of Brexit and how it might disrupt the supply of medicine. The possibility of a no-deal scenario has gone from fanciful to inevitable to likely. In such a circumstance, it is a certainty that supplies of essential medicines would be disrupted – though precisely to what extent is impossible to see in advance.

Top tips for starting a business in your 20s

Brexit has the Irish construction industry on tenterhooks

Dominic Lill - March 29, 2019 0
The anticipated changes brought by the impending exit of the United Kingdom from the European Union is of great consequence to the Irish construction...