DevOps has become an increasingly important mindset in the tech landscape. Many businesses are understanding this, and the role of DevOps engineers across software companies has increased drastically.

According to Indeed, postings for DevOps engineer positions increased by 91% between 2014 and 2017. In 2018, LinkedIn announced that DevOps positions were the most recruited, and another survey from Stack Overflow found that DevOps engineers were the highest paid and in recruitment positions under the development umbrella, and were also the happiest employees. 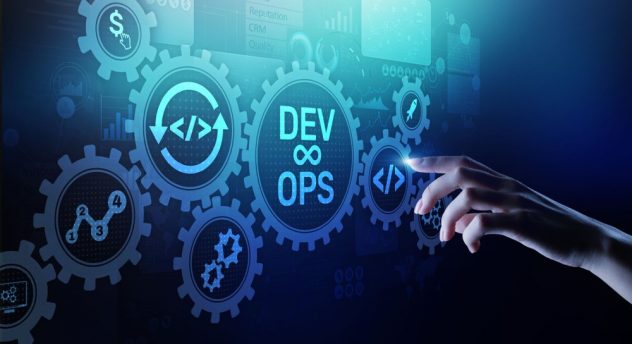 But what is DevOps, exactly? For those that don’t understand, DevOps is a cross between a developer mindset and methodology, where code is pushed quicker and more effectively than in traditional development environments. By using various DevOps tools, such as Docker, Kubernetes, and Helm, software organizations can automate code and testing, facilitate better workflow between operations and development teams, and automate several processes from end to end.

With so many cloud-based software applications becoming the norm, many businesses—particularly growing startups—cannot afford to postpone DevOps adoption if they want to remain ahead of the curve in their industry. With that in mind, here are a few tips for integrating DevOps into your company:

Every startup must have a process in place with which they base their improvements on. Having a single methodology in place gives your team total visibility, which is necessary for DevOps to work. For instance, agile methodologies are particularly strong in DevOps, like Kanban and Scrum. With these systems in place, the team will easily be able to pinpoint bottlenecks and analyze the work backlog. In turn, this improves the communication and transparency between teams—key traits for a growing startup to have.

Simply put, DevOps cannot do without automated testing and deployment. Once you understand your company goals and have a methodology in place, it’s time to start automating that process. Remember, it doesn’t have to be perfect at first, but it does have to be regular and consistent. DevOps is all about continuous improvement, and you can improve your process and grow as you learn more in action. Start by identifying your biggest development bottlenecks and brainstorming how you’ll address it with automation.

The competition among startups is fierce. There are stakeholders and customers to consider, and you have to appease to all these groups, all at once. This is where Continuous Delivery & Continuous Integration (CI/CD) come into play. Regardless of what your team is developing or what industry you’re in, you must always been producing. As you build out your product, for example, you learn more about the features that your user base are most interested in. Market research and feedback dictate where you move.

With these practices in place, you can deposit all your code into a single repository, run automatic scans, and better prepare for deployment. Some of the biggest companies are making changes thousands of times per year: if they waited to initiate all of those changes at once, chances are not much of anything would get done. For example, Google changes their SEO algorithms around 400 times per year, while startups like TrueCar deploy code up to 100 times per week.

One of the biggest advantages of DevOps is that, in a large variety of cases, businesses are getting a major return on investment for their DevOps efforts. But as a startup company, you can never know for sure if the efforts you’re making are worth the input if those efforts aren’t quantifiable.

Quantifying the outcome allows you to better understand your DevOps transformation and how it’s changing your internal structure and organization. For instance, analyze the time to market: are you features getting to your clients and customers quicker as you continue to integrate DevOps practices? What is your average cycle time? How long does it take you to recover from setbacks?

Getting your DevOps practices off the ground be tricky at first, and this is totally natural. However, it’s important to keep learning and educating yourself on the DevOps movement. Even the best proponents and engineers read to stay abreast of current happenings. The more that you read about automation, lean manufacturing, cloud-based software, and new tools in the field, the more comfortable you’ll be with implementing it yourself and communicating those tidbits to your team.

Motivation in the workplace: How to improve performance

The reality of artificial intelligence in business