A bird in the hand is worth two in the bush, they say, especially if that bird is eating cake (although it cannot also have that cake) and if that bird does knock over your milk then there really is no point in crying about it. Life is full of proverbial sayings and many people, consciously or subconsciously, really do live by them.

We are reliably informed that a watched pot never boils, which is meant to convey that time seems to pass very slowly when one is focused only on one particular thing. In the real world, corporate executives tend to live by this aphorism and very rarely “watch the pot”, only finding out it has already boiled when they turn their attention back to it. Something on the periphery has become core and a chance to mitigate or take advantage has been missed. Both regulators and potential investors care that management teams in turn care about identifying peripheral emerging risks. 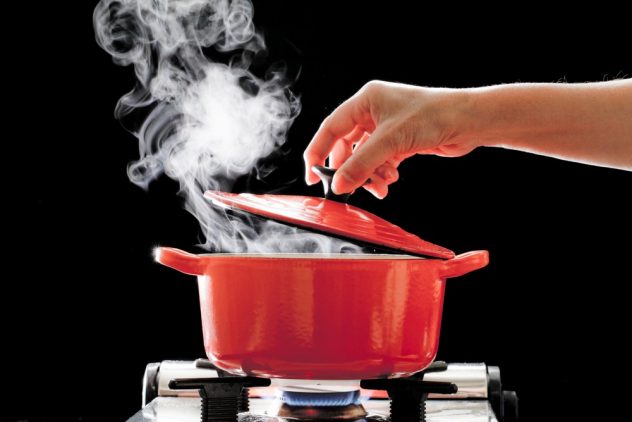 The New York Stock Exchange’s Corporate Governance Guide states that: “[Boards are expected to] see to the implementation by management of state-of-the-art standards for managing risk, monitor the management of those emerging risks,and oversee that necessary steps are taken to foster a culture of risk-aware and risk-adjusted decision making throughout the organisation.”

In Blackrock CEO Larry Fink’s 2019 letter to CEOs detailing Blackrock’s investment priorities, Mr Fink commented that “…these [governance and environmental] priorities reflect our commitment to engaging around issues that influence a company’s prospects not over the next quarter, but over the long horizons that our clients are planning for.”

For management teams though there is a problem: the inexorable growth of content. By 2020, it is expected that there will be 130 exabytes of data created every single day. That’s the equivalent of one billion iPhones’ worth of storage. How does one sift through all this material to find what is relevant for them?

Technology has helped greatly in some areas. Netflix for film/TV; Spotify for music; Pinterest for photos. What about content in the business world? It is one of the few areas where technology in many ways has actually exacerbated the problem rather than solve it, with more content for executives to search than would be possible to access through physical media.

Most business content providers focus on breaking news and spend millions on creating innovative technology to enable them to be the fastest to ‘the present’. That is good. It allows businesses to react to the world as it unfolds in front of them.

However, most strategic decisions take time to implement. This brings us to the first way in which corporates get caught out: the informed fallacy. Once a theme comes to light and an executive feels informed, given bandwidth constraints there is a tendency to pay continuous but only partial attention and the theme fades into the background. It is then only breaking news that brings it back to the fore. By then, however, it may be too late to react and the window to take advantage may have already shut.

For example, GDPR generated a lot of press in 2018 but, once live, for many there was a sense that a big project was complete. Executives felt ‘informed’ on GDPR and paid ‘continuous partial attention’. With initial relatively low levels of enforcement and fines, that detachment was compounded. A survey by Egress found that more than half of UK companies were not fully compliant, with nearly a third saying that it had become less of a priority for them over the past year. With sizeable fines now emerging, this risk could move from the background to the foreground very quickly.

The second way corporates can get caught out is the “I-didn’t-even-know-I-needed-to-worry-about-this-thing” problem. This is typically an event taking place in another seemingly unrelated industry, in a remote part of the supply chain or in a jurisdiction that the corporate doesn’t even do business in but, at a high level, there could be a lateral read to that corporate’s business.

For example, the transition from LIBOR to other reference rates feels like the domain of the financial services industry alone. However, any business with a treasury operation is likely to interact with products, most likely hedging contracts, that have a pricing and valuation model tied to a reference rate. When LIBOR ‘disappears’, contracts will need to be re-written and so corporates need to be aware so they can be involved in new price negotiations.

Looking out for precedent-setting litigation and large implementations (operational and regulatory), even if outside a corporate’s core business, could help to highlight peripheral emerging risks.

Monitoring themes and making lateral reads allows businesses to telegraph changes well ahead of them becoming breaking news. It allows executives to be proactive in both mitigating risks and taking advantage of opportunities.

Tackling the information crisis, by creating the means to keep an eye on the warming pot of emerging risks, can create the time to prepare the perfect brew.