Information is flowing faster than ever. Generations Y will invest massively in companies. New technologies offer opportunities that will revolutionize the way companies organize and operate.

The gap between the new practices is already widespread in society, and the traditional methods in which organizations work are becoming increasingly important. Companies and managers have no choice: they must adapt to this new situation and make it a lever of managerial performance. That’s why a master in digital technology management/ artificial intelligence is in high demand for young graduates who will become the leaders of tomorrow. 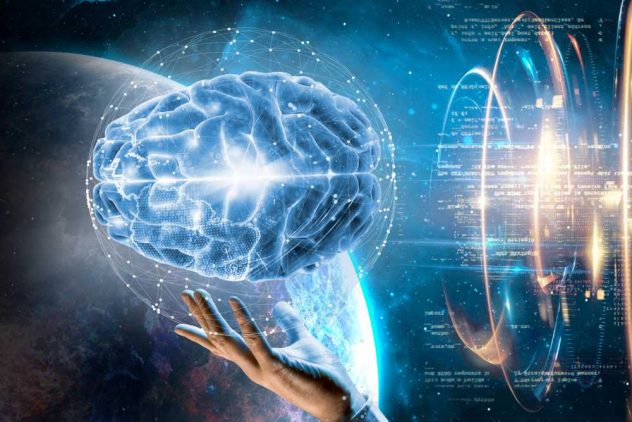 Artificial intelligence applied to our society

In recent years, artificial intelligence has entered our lives through personal assistants, neural networks, deep learning, etc. So many different uses, all of which have an interest in AI and in which scientific progress is breath-taking.

However, artificial intelligence is not limited to board games, since it is already well established in several areas of our daily lives. The IA Watson, developed by IBM, has already been used in the fields of medicine and finance, for example. Autonomous cars, whose launch would not be delayed, also rely on AI. Artificial intelligence is also of interest to the army, which is seeking to integrate it into the automated management of its weapons and for its drones.

More concretely, let us also mention the personal assistants present in our smartphones, such as Google Assistant and Siri. These are continually evolving programs, which are based on the study and memorization of our habits to provide us with the most relevant information according to the context. There are also connected speakers such as Google Home or Amazon Echo, which offer more interaction between people and their machines ever.

The field of Data science also relies more and more on solutions integrating artificial intelligence to bring customer knowledge to evolve evermore, to meet the strategic challenges of companies by anticipating them.

AI and its unlimited potential have quickly become a growing market, in which companies are competing for the best engineers, digital managers, and specialized developers. Over the past decade, several startups specializing in the development of artificial intelligence across various industries have emerged, particularly in Silicon Valley, USA.

Web giants such as Google, Amazon, Facebook, and Apple (the GAFA, or GAFAM by adding to this Microsoft list), are competing hard to buy the latest innovative AI startup. An entire economy dedicated to artificial intelligence has emerged, with no less than $600 billion in investments that can be made in Silicon Valley in a single year. A regularly growing figure, which since the beginning of this economy, boosted in particular by the arrival of facial recognition software and voice assistants, should have doubled by 2020.

Notably, investing in a master’s in digital technology management/artificial intelligence is by far a step forward into the future. It means becoming part of the digital revolution and always be up to date with innovations that make every business decision a success story. In-field manager positions are hugely in demand in this world that keeps changing.

The future of AI: What are the prospects?

Artificial intelligence, a prolific market, will undoubtedly continue its exponential growth in the coming decades. So much so that some significant industrialists and scientists whose core business is AI, such as Elon Musk, Bill Gates, and the late Stephen Hawking, are already concerned about the consequences that a potential lack of human control could have on the developed artificial intelligence.

Dark prospects that should not make us forget the extraordinary potential of AI, whose evolution can also, depending on the use that societies decide to make of it, be a source of progress for Man and the planet. In the medical field, for example, the impact of AI is considerable since it already makes it possible to make reliable and previously complicated and painful diagnoses for the patient.

AI, whether fascinating or frightening, has a bright future ahead of it, and its future must be prepared today so that a successful collaboration between people and machines can take root in a sustainable way.

Take a master’s in digital technology management/artificial intelligence today and be part of the revolution. For more information have a look at the master’s at the Bologna Business School: https://www.bbs.unibo.eu/hp/master-fulltime/digital-technology-management-artificial-intelligence-2/

Technology: The scary side of artificial intelligence