If you run a small business, you likely don’t need to be told about the importance of foot traffic. Even in the digital age, while geo-targeting and mobile-friendly marketing are undoubtedly important foot traffic still accounts for a healthy proportion of sales.

But, of course, foot traffic can only work if consumers are able to walk past a business, appraise its exterior and take the time to make a decision whether or not to enter. And this is much easier to do when they are on foot. While a passing motorist can be persuaded to patronise a local business that catches their eye, they need to undergo the process of doubling back, and finding somewhere to park which can prove problematic in a major conurbation. This is where car-free streets can be beneficial for businesses. 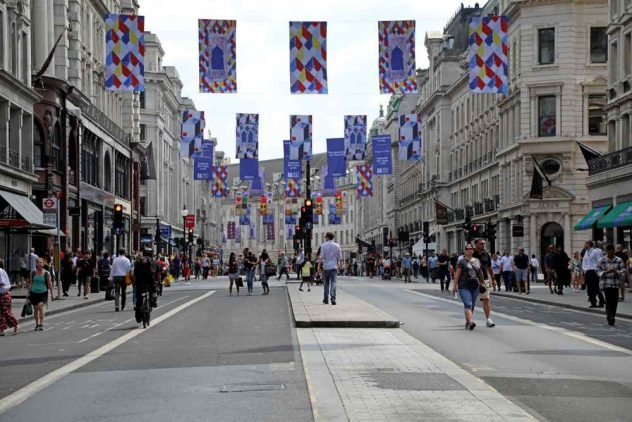 What’s more, when motorists simply park their vehicles outside businesses that catch their eye, it can be a source of irritation to pedestrians. Research carried out by Scrap Car Network demonstrated that pavement parking was one of pedestrians’ biggest pet peeves.

With more and more major cities launching car-free initiatives and civilian activity grinding urban roadways to a halt, it raises the question of how car-free streets might impact local businesses. Could they draw in new waves of curious pedestrians, or cause businesses that are off the beaten track to stagnate? Let’s take a look.

So, car-free streets… good or bad?

At the risk of sounding obtuse… it depends.

By rule of thumb, only a relative minority of consumers approach businesses they intend to patronise by car. This 2015 study in Toronto revealed that over 50% of consumers approach businesses on foot while 22% rely on public transport and a further 9% cycle. Thus, in downtown Toronto, car-free zones were found to have a positive effect on business. But how representative are these figures of the greater shopping landscape?

The impact of pedestrianisation on consumer behaviours can be difficult to pre-empt. Perhaps we can gain some elucidation by looking at some recent events where urban traffic has been quelled and examine their impact on businesses.

Readers will likely remember the mass protests by Extinction Rebellion protests which targeted the Lambeth and Westminster areas of London as well as other major cities such as Manchester, Paris, Berlin, Dublin, Sydney, Brisbane and Melbourne. Green businesses found that this presented PR opportunities and while traffic was ground to a halt, there can be no denying that businesses benefited. Protesting is hungry and thirsty work, and protestors took to local businesses to refuel.

A snap of a protestor lunching in a McDonalds famously drew the ire of Tory MP Ben Bradley who took to Twitter to bemoan that the protestors “lack of self-awareness is absolutely staggering”.

Whether this is a reference to the inherently corporate nature of the golden arches or the fact that animal agriculture is known to be a major driver of climate change (hey, maybe the protestor ordered a veggie burger) is open to debate. Still, it’s a pretty clear cut-case of a traffic stopping protest drawing foot traffic to businesses, however misjudged.

The capital of Catalonia first instituted “Superblocks” back in the early ‘90s but they reached greater international attention in 2016. These either banned motor vehicle use or imposed much lower speed limits in large 9 square block neighbourhoods opening up groups of streets to better cycling and pedestrian access. This incentive was designed to create higher quality public spaces while also boosting public health. Nonetheless, the notion was met with push back from local businesses who worried that lack of access would result in reduced custom.

While the Barcelonan government have declared Superblocks a success and other urban planners consider them a viable model, they do recognise the propensity for stifling business activity and even impinging on emergency vehicle access.

Anyone who’s tried to navigate Manhattan by road will understand the potential logistical nightmare that could come with implementing car free days on the island. Nonetheless, for a Shared Streets event in 2016, the city’s oldest neighbourhood instituted a speed limit of 5mph or below, encouraging greater pedestrianisation and cycling access.

Similar schemes have taken place all over the world including Oslo, Copenhagen, and Berlin to name but a few. Time will tell what these efforts will benefit businesses or not on the long term. However, by providing easier and more leisurely access it’s clear to see why car-free streets could potentially drive foot traffic and window shopping.

The significance of photos in car accident lawsuits

The best cars for you according to your age

Things to consider before buying a car in London

Your guide to using custom decals

Dominic Lill - January 21, 2019 4
When you're developing your search engine optimization strategy, link building should be one of your top priorities. This is the practice of getting links...
We use cookies. To learn more, read our Privacy Policy.Ok