For years, antibiotics have been the gold standard for treating bacterial diseases and infections.

Unfortunately, the prevalence of antibiotic use for bacterial infections coupled with its overuse has led to a resurgence of antibiotic-resistant bacteria, and these so-called “superbugs” are beginning to pose a significant risk to humans. How can we stop bacteria resistance? 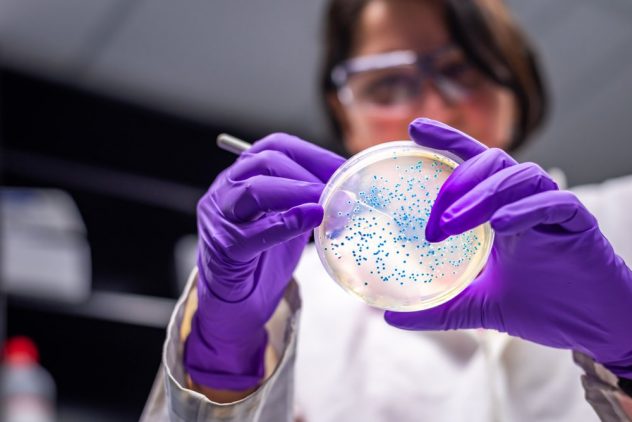 How can we address bacteria resistance?

According to the CDC, over 2 million illnesses and 23,000 deaths occur each year as a result of antibiotic-resistant bacteria. While it is evident that something must be done to combat the bacteria resistance that has made some diseases and infections nearly impossible to treat, it is just as clear that a resistance built up over years won’t be cured easily. For this reason, many researchers have suggested taking alternate approaches towards combating resistance.

What can we do to prevent further resistance? Perhaps just as importantly, how can we combat the superbugs that are already so difficult to treat effectively? Scientists have identified a few key ways to approach the issue.

One of the leading causes of bacteria resistance is thought to be the overuse or misuse of antibiotics. When physicians weren’t sure whether an illness is caused by bacteria or viral infection, it became commonplace to prescribe an antibiotic “just in case.” Unfortunately, even if the infection was viral, other bacteria still developed resistance to the most commonly used antibiotics.

Plans, such as the National Action Plan for Combating Antibiotic Resistant Bacteria, have evolved to provide guidelines for more stringent use of antibiotics. A new rapid diagnostic, developed by the Antibacterial Resistance Leadership Group and supported by the Action Plan, aims to quickly identify whether infections are caused by bacteria or viruses, eliminating overuse.

Currently underway, clinical trials are perhaps our best source of information about new, experimental compounds and reformulations of older antibiotic drugs. So far, much has been learned about current, licensed antibiotics and their efficacy – including how responsive bacteria are to treatment, how long the treatment should occur, and if it is necessary at all.

Another new venture discovered by clinical trials is the use of the so-called “good bacteria” already present in the body to combat invasive, infection-causing bacteria. A similar approach is the use of bacteriophage viruses to attack and kill invading bacteria. Ways to disrupt and attack bacteria without the use of traditional antibiotics are key to reducing antibiotic resistance.

A great deal of bacteria depend on attaching themselves to other cells to invade and cause disease. Since many of these bacteria are now resistant to antibiotic treatments, scientists have begun to discover ways to prevent bacteria from attaching to cells in the first place, slowing or stopping disease.

One of the ways in which bacteria attaches to cells is by using secretions of its own proteins, among them, the protein intimin. These protein secretions are made available by a process called protein folding, and, in the case of intimin, allow the bacteria responsible for E. Coli and other diarrhea-causing diseases to attach to the lining of the stomach. Scientists believe that by studying and disrupting the way intimin protein folds, we can also learn how to disrupt adhesion to human cells and thereby prevent disease.

As research on these and yet-unknown new ways to combat antibiotic resistance continues, the outlook on bacterial resistance is beginning to brighten. Approaching the issue from multiple angles – including reduced, cautious use of antibiotics, new antibiotic formulations, friendly bacteria and bacteriophages, and the study of protein folding – gives us the highest possible chance of success.

The aftermath of the Alton Towers incident for your business