We’ve all heard of bitcoins. They took the whole world by storm when they first arrived back in 2009. You’ve probably heard a friend or family member boast about how they are going to get rich the smart way by investing in bitcoin.

If all that bitcoin talk confused you back then or it still does to this day, then fear not. We have made this simple and easy guide to show you how to buy and spend bitcoin. 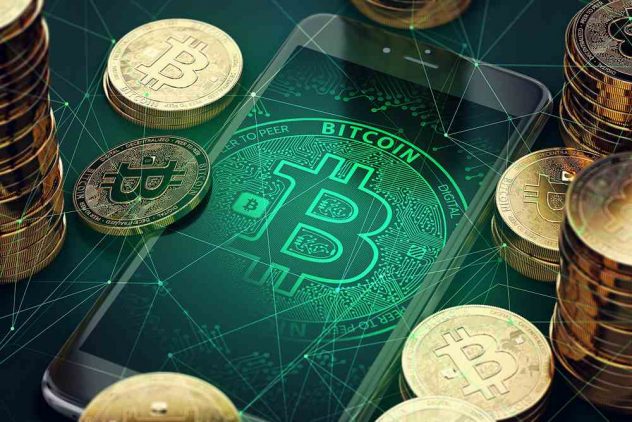 There are many myths that go around the internet about supposed benefits or peril of bitcoins. Like, how a man became a millionaire by 28 because he left his laptop running in his room when he left for college, the trusty computer spent ten years processing bitcoins. Or how people can get blackmailed using bitcoins.

Always follow your intuition when you hear such things. If it sounds too good to be true, most of the time, it probably is. People always want to believe in something otherworldly, it makes life more interesting. But there’s nothing imaginary about bitcoin. It’s real and here’s how you can use it.

How to buy bitcoin

Buying bitcoin can be as simple as using an app. There are apps like Bitcoin Wallet, Bitcoin Trader, and Delta to name a few.

You might wonder whether these apps are trustworthy or not, and here’s the easy answer, when an app is in the GooglePlay Store or the App Store, it gets scanned by many security checks by Google and Apple. As their reputation depends on providing you a safe environment. They won’t allow shady apps in their stores.

You can also do a search by yourself on the internet. Such as this bitcoin trader review says the app is reliable and efficient. If you always follow your gut when making a purchase you won’t be scammed.

Here are some other ways you can buy bitcoin.

If you were thinking of a dark alleyway where a hooded figure sells you bitcoins in a flash drive, then this might relieve, or disappoint, you. Buying bitcoins is as easy as going to a bank and purchasing a foreign currency.

In fact, thinking of bitcoin as a foreign currency for beginners can be a good way to get accustomed to this format.

Go to your local bank and ask them how and where you can purchase bitcoins. They will either take you to their own department or will refer you to another bank who specializes in this sort of dealing.

2. Use an ATM machine

It would make sense that a sort of currency will have its own ATM. These look and work just like any old ATM. You go to it and give it some of your cash, be that in the form of a credit or debit card, and buy some bitcoins.

The actual thing that you get is a piece of paper, that gives the information for your new bitcoin wallet and how much balance you have in it. You can carry this piece of paper with you and purchase things at stores that take bitcoin or go to another ATM and use the paper to withdraw regular cash.

As you might have guessed, these sort of ATMs are not found everywhere at the moment. Like any new technology, it will take time before it is universally accepted by everyone.

In order to know where you can find such an ATM use the Bitcoin ATM Map. You can find the app in both GooglePlay or App Store, or use the site itself. This points you to the nearest bitcoin ATM where you can carry out such a transaction.

If you see that there aren’t any located near you, then don’t lose hope, new ones are always popping up. And before you know it, you might see a shiny new one sitting by your regular ATMs.

3. Use your unused gift cards

You might think this is too simple to work, but there is an app called Paxful that turns the unused gift cards you have with you into bitcoin. You just log in, note what cards you have and the app will connect you with a buyer.

It’s important to note that you might not get the full purchase price. As there will likely be some discounting done to make the offer more appealing to the buyer. Though if you were planning on not using those cards any way then this isn’t such a bad deal.

The app is available for both the GooglePlay and App Store.

How to spend bitcoin

Now that you have all this bitcoin, what are you going to do with it? You won’t be just leaving it in a digital vault. The best decision is to either invest it or spend bitcoin.

You’ll be surprised to see some of the names that will follow soon in this list of places that allow you to spend bitcoin. If you can think of a product you were eyeing in the last week, chances are you can buy it with bitcoin.

Amazon, Newegg, Microsoft, all accept bitcoin when you are purchasing items from them. If you use the app Purse you can get up to 30% discounts when you buy things from Amazon.

Even fast-food chains are catching on now, Subway lets you grab that delicious sub with bitcoins. It’s only a matter of time before more stores you see every day offer the customer the option to pay with bitcoin.

It would make sense that if bitcoins have ATMs, debit cards would follow soon. For the first time, Visa is the clear winner over Mastercard. When looking for a bitcoin debit card, you’ll see that all of them are powered by Visa.

These cards all come with similar bells and whistles that you find in regular debit cards, like 0.5% cash-back for the one offered by Wirex.

There are other options like Cash App or BitPay. You’ll do well if you search around a little to see what suits you the best. If you’re overwhelmed by all the options it’s best to go back to your bank and ask which ones they know of and recommend.

Bitcoin is here to stay. It might have seemed like it was a bubble that has already burst but that’s clearly not the case.

We are not recommending that you convert all your assets into bitcoin and bow down and worship your new overlords, we are just saying that this too is a valid form of finance, and you’ll be better off knowing and investing in it than taking it out to spend.

Bitcoin in stocks: Swaying from it’s purpose, or fulfilling it?

Paypal launches its cryptocurrency service in the UK