The news of one the largest global travel groups in the world going into liquidation has brought into sharp focus the need for businesses of all sizes to reduce potential exposure to a contractual counterparty becoming insolvent.

Most suppliers offer credit terms to their customers, for instance by offering the opportunity to pay invoices 30 days after the delivery of goods or the performance of a service. In an insolvency process, such suppliers would rank as unsecured creditors. 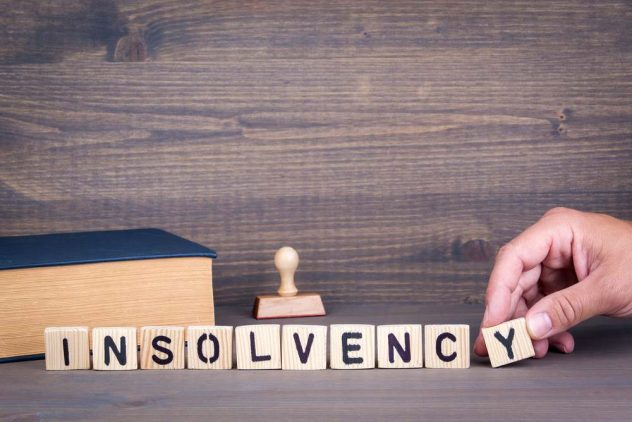 Typically, unsecured creditors will only receive a fraction of the debt due to them, but there are number of practical steps that suppliers can consider taking to improve their position.

A simple solution is to shorten the time for payment, collecting cash on delivery/ performance, or even in advance.

If credit terms are given, however, it is important to keep control over missed payments and to act promptly. Often, the most vocal creditors get paid first, but written evidence of the demand for payment and threats of legal action should be maintained. This is to help resist any later claims that a payment by a customer should be repaid if it becomes insolvent, on the grounds that the payment was wrongly made in preference to other creditors.

Having a comprehensive set of terms and conditions (and evidence that those terms have been accepted by the counterparty) can also help to reduce exposure.

One tip is to ensure your terms and conditions include the right to charge interest on late payments, and to recover your costs of enforcing payment. As outlined above, in the event of a customer going insolvent you may only receive a small percentage of what you are owed, and including such terms may help to increase your overall recovery.

If you have a retention of title clause which is valid, consideration should be given to the practicalities of enforcement. How will you be able to prove that the goods supplied and delivered to the insolvent customer are actually yours? Product packaging is one way of evidencing the supply, but this can become damaged, or may be removed. Therefore, recording serial numbers and other distinguishing / unique features of the goods supplied and creating a paper trail that links to them is advisable.

Company accounts (or their lack thereof), which are available at Companies House, also offer an insight into a registered company’s financial position. This publicly available information about a company’s debts and liabilities, security obligations and cross-guarantees to other companies in its group may expose potential vulnerabilities.

Reviewing such information will allow you to understand if the company’s problems are temporary or permanent, and consequently, will determine your best course of action. For example, would it be worth exploring the possibility of obtaining insurance cover to guard against the risk of a bad debt?

A possible route to reducing the ripple effects of a supplier or customer facing financial difficulties is to terminate your contract with them.

Insolvency does not provide an automatic right to terminate a contract unless specifically stated in it. The terms should be analysed in order to avoid the possibility of finding yourself liable for a breach of contract. This includes looking at the trigger events and the notice provision, which may restrict the ability to take action until a period of time has passed.

An empty threat to terminate may have unintended consequences; it may be interpreted as waiving the right of termination in the future. However, drafting robust breach of contract clauses allowing you terminate the contract for non-payment, customer insolvency, or for declining service levels, may compensate for such limitations.

Another avenue to explore is the possibility of re-negotiating the terms of your contract with a trade partner in financial difficulty, particularly in relation to price, term and the notice period for termination. When revising terms, care should always be taken so as not to be later categorised as a transaction at undervalue or preference, which may then be challenged if the trade partner becomes insolvent.

A possible response to non-payment by a customer is to threaten (and potentially to issue) a winding-up petition, which may have a galvanising effect on a party that is unwilling to pay.

However, the threat of a winding-up petition may be ineffective on a party that simply cannot pay and may push it into liquidation, irrespective of your intentions. The process is advertised publicly in the London Gazette and therefore other creditors can come forward to join the process. The risk of wrongful trading for directors may also drive the process towards liquidation. This may effectively crystallise your current losses, and potentially leave you with less than if you had helped to support the business.

Additionally, a winding-up petition is not designed as a means of debt collection and the threat, or start of the insolvency process, risks being an abuse of process if the debt is disputed or if the customer has a genuine cross-claim or set-off. This may result in your demand or winding-up petition being dismissed and you being liable for the customer’s legal costs of responding to an inappropriate threat of insolvency.

It is important to take preventative action and to have appropriate contractual mechanisms in place in order to reduce exposure from the insolvency of a customer or supplier on your business. Moreover, it should be remembered that business relationships are not static, and contracts should therefore be continually reviewed to reflect the reality on the ground.

Unfortunately, though, insolvency is a part of business life. However, with the right approach, preventative measures and ongoing vigilance, it is possible to help mitigate the impact to your business.