The need for peace and quiet intensifies as co-working spaces rise in popularity. More bodies in the room mean more distractions, more chatter and fewer opportunities to comfortably make calls within communal areas. Often, co-working spaces will have all the bells and whistles but lack enough sound proof booths to make calls in a peaceful environment.

There are so many ways to get peace around you where you work as long as you’re willing, quite literally in some cases, to go the extra mile just like these characters you may have already identified and classified below: 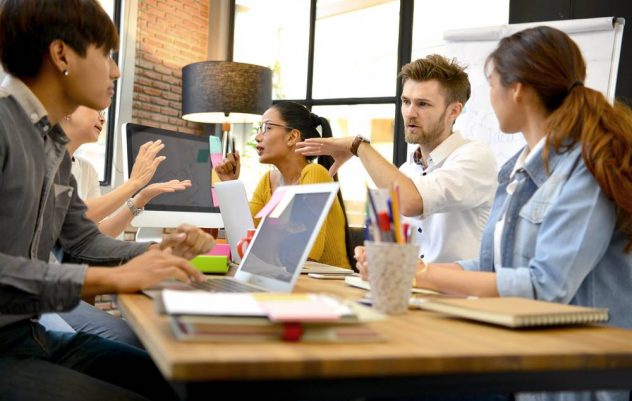 Pacers – Pacers come in a range of different speeds (‘Luke Slowalker’, ‘The charging bull’, ‘Do it for the Fitbit’). The most commonly place-to-pace is in the hallways or on a cleared strip in the office, like a lion on the savanna.

Being a good pacer will allow for a peaceful conversation, as long as you don’t allow your breathing to get heavy, don’t get a lot of noise from passers-by and don’t require any notes or otherwise to be with you in the conversation. Be warned, this isn’t a one-size-fits-all model and certainly is not a sustainable way to take calls.

Fire hazards – These individuals perch themselves in-between all types of spots and usually always find themselves blocking other people’s routes outside to the kitchen or even to the toilet. Fire hazards typically have a need to be halfway through the door, in a path or an opening due to limitations of Wi-Fi, signal or even the lock system on a door.

There isn’t a lot of peace that can be had on a call when you constantly have to get up for people or are being moved from where you are.

Time outers – Ever heard of an adult being sent to the naughty step? A time-outer is going to be the closest thing to one that you’ll see in a co-working space today. They are found typically in the fire exit staircase on the bottom step.

Rather similar to ‘fire hazards’, time outers have been known to get in the way but hardly do because of their need to have a dead silent background behind them as they talk on the phone

(They are more afraid of you than you are of them). This location is a classic place to hold a brief private call, the drawback is often poor signal in the staircase or the comfortability of the step you are sat on as time goes on.

Ciggy breakers – Ciggy breakers are mostly outside the front door anyway so it seems fitting for them to also squeeze calls in between trips for ‘fresh air’. The only drawback to being outside on a call, besides the biting cold, can be excessive noise from traffic in the background depending on where you’re situated.

Ghost whisperers – These conversationalists are socially permitted to hold their calls in the communal space (as they typically hold the ‘listening’ side to their conversation and are then only required to speak briefly, infrequently and at a low volume when doing so).

You are free to become a ghost whisperer as long as you are comfortable with surrounding tenants potentially listening in on your conversation, rendering this tactic ineffective if the call is strictly confidential.

The lad – ‘The lad’ will also hold their phone conversations inside communal areas, in the warmth, but talk out loud for absolutely everyone to hear. In contrast to the ghost whisperers, they hold the ‘talking’ end of the conversation and typically do so at length. It takes gusto, bravado and, to length, the right amount of inconsideration for others using this tactic, ensures you have enough weight to throw around, or at least make the call sound urgent enough or you may be politely asked to keep it down.

Alpha ball hog – These ‘alphas’ comfortably hold quiet spaces like meeting rooms and booths for themselves longer than they booked it for or longer than is deemed reasonable in the culture of your co-working space and they typically do so more frequently than anyone else does too (justifying it either by the importance of the activity or the importance of the alpha’s themselves).

It is risky becoming an alpha or displaying alpha behaviour. Just like ‘the lad’, you risk alienating yourself from other tenants and or getting a passive-aggressive reminder about the

importance of consideration for others in an email or slack group. If you are considering it, ensure you can handle the kickback.

The victim – No one ever really sees this person (not so ironically) but they exist because there are times one gets so desperate for a quiet space, they will find weird places to take calls (like the toilets). Unlike the ‘Fire Hazards’ though, they are less likely to be in someone’s way, which helps the flow of conversation on their own call but if finding peace forces you into the toilets more than a few times a day, it’s potentially a smelly sign to consider an alternative site.

Starbucks connoisseur – These connoisseurs always find external places to take their calls because they are aware it is a myth trying to find quiet spaces where they exist. They are familiar with the menus at their go-to spots or even the spots at their go-to parks and have a few locations dotted around the local area to serve a range of their different requirements.

A word of warning – it isn’t always sustainable, especially if you’re role has you frequently taking calls day-to-day that require little to no noise in the background you don’t want to continually be shop-surfing.

What type of peace seeker are you?  Can you think of any more characters that have been left out?

The best phones for gamers 2018