Gordon Ramsay once said (or probably shouted!) that he was ‘allergic to vegans’. Fast forward a decade and now he has produced a plant-based menu at his top London restaurant, the Bread Street Kitchen.

The amount of people becoming vegan is increasing – in 2019 the Veganuary campaign had 48% more participants over their previous year. In that time we have also seen supermarkets increase their vegan options with Tesco’s introduction of their Wicked Kitchen range in 2018. Even Waitrose, more known for its traditionally older customer base (which contrasts with a typically younger vegan base) has extended its range of plant-based offerings. 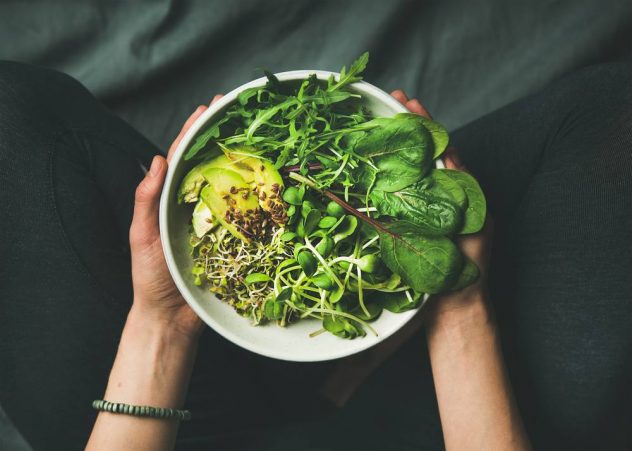 Is vegan here to stay?

Let me start by saying that I’m not a vegan and I think at this moment I’d struggle to become one. My only similar experience is when I completed my ‘Dry January’ in giving up alcohol for an entire month, which was challenging enough.

Is vegan a trend? A fad? A movement? Regardless of my own ability to change diet, I think there is a lot that food and farming businesses can and should be learning from the increase in vegan and plant-based diets.

That may sound odd for an accountant who supports food and farming businesses that include dairies, cheese makers, wholesalers, retailers and general purveyors of animal and alcohol-related products. But, there are business reasons why veganism is a good idea.

I’ve heard it said that the overindulgence around Christmas time, balanced with the abstention in January, often creates what would be an ‘average’ intake over the two-month period.

During the festive winter season much of the talk is around food. Are you indulging in turkey? Or are you trying beef? Goose? What about the cheese on boxing day? Or the wine (which isn’t even always vegetarian)  you’ve bought to go with it? The locally distilled gin?

Even within the beer industry, many producers have changed their ingredients to make their drinks vegan-friendly. Previously many beers used to include Isinglass which is produced from the swim bladders of fish. But now it’s all-change. The 250 plus year old Irish stout-makers Guinness announced in 2018 that it’s drink would now be 100% vegan.

The fastest growing food & drinks company in the UK, BrewDog has never used Isinglass since they started in 2008 and since 2016 have included the VeganSociety label on many of it’s beers (there are a couple which use milk).

Why are people turning to vegan?

After Christmas however comes the New Year diet with many trying to give up the indulgent treats they enjoy. The Veganuary campaign has sought to capitalise on this by persuading ordinarily meat, dairy and egg-loving members of the public to give it a go.

The Veganuary campaign cites that there are many reasons why people are trying vegan, but it’s mainly dominated by the 46% stating health reasons as to why.

But it doesn’t just end come the beginning of February. With 77% stating that they will remain vegan or very likely to try again in the future. And, it continues on through the year into summer when people are wanting to ‘shape-up’ and adopt a healthier lifestyle. For some that may mean a move to more sustainably farmed produce or less red meat, for others it’s a switch to a completely vegan lifestyle. Either way, consumer buying habits are changing.

As financial advisers to farming & food businesses we know that from a commercial perspective, it really doesn’t matter what drives the adoption of any given trend, it’s about making the most of the opportunity. Sometimes this means changing your perspective. It doesn’t mean giving up on your core values, just working out how you can adapt while staying true to what you’re all about.

Gordon Ramsay is a good example; with his vegan menu available at his Bread Street Kitchen Restaurant, while I don’t know him personally, I’d venture that his core values are all about producing top-quality food and generating a profit – and my business brain guesses he’s realised that he can now do the latter with a vegan menu.

Ramsay recognises that changing trends should be seen as an opportunity rather than just a threat, and data collected by consumer research specialists Kantar would seem to back that up. In a report in January 2018 Kantar found that the apparent pressure on meat and poultry farming was being ‘over-exaggerated’ by press claims that we are all turning towards plant-based diets. It added: ‘More shoppers are buying into primary meat and poultry compared to last year.’

My personal view is that a heightened focus on what we consume is just what we need. It presents a huge opportunity to educate a wider range of consumers about where their food comes from, how it is manufactured, and the love, care and attention that goes into it. We are seeing an increased focus on reducing waste, packaging and plastics, food miles, and carbon emissions. With the way politics has shaped not only the UK, but also the world in recent years, we can be sure that life is changing.

So what better time than now to drive loyal customers for life? Whether collectively, individually or as part of some other kind of ensemble – South West food and drink has an opportunity to seize.