The DevOps philosophy bridges the interdepartmental gaps between operations and development teams in a company. This collaborative process has become synonymous with the agile methodology and startup world. Speed, cybersecurity, and cross-functional workflows are at the core of this culture movement.

With the most important people in charge of your product infrastructure working together, your team is able to cultivate a working environment where code can be built, tested, and deployed quickly and securely. Several cloud-based tools can be combined to create powerful internal systems; some of the most common DevOps tools include Kubernetes, Docker, and Helm repository. And many businesses you know and love have used the DevOps philosophy to grow their brands to the powerhouses they are today. Here are a few examples: 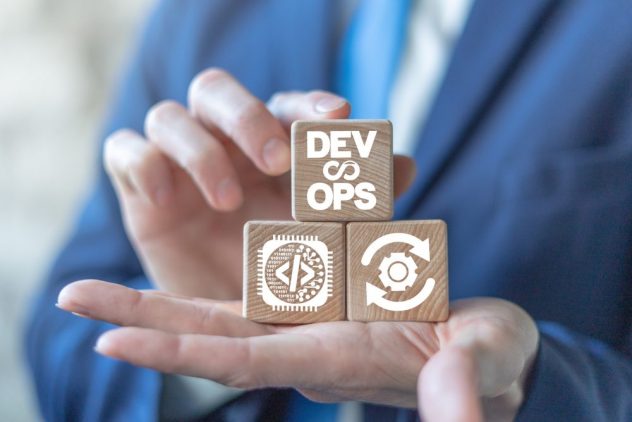 Target is an excellent case study in DevOps philosophy. Although many companies are aware of the immense benefits of DevOps, they remain fearful within their organization. Breaking siloed processes of development and transitioning from the familiar into an unknown world of automation and scalability tools can be intimidating—particularly for companies that have been around for a while (Target was founded in 1902, and launched its website in 1999).

Implementing DevOps in any company is an overhaul. Target’s idea was to start small. To make the integration as seamless as possible, they began spearheading grassroots movements on different teams. At this time, many of those teams were seeing success, and others hopped on the bandwagon. On the same token, some remained skeptical and experienced a natural resistance towards change, arguing that their work couldn’t be completed through an agile approach.

In an interview with the Enterprisers’ Project, Target CIO Mike McNamara explained how they built into DevOps into their infrastructure via an accelerated six-week learning session called Dojo. McNamara knew that the grassroots movement that began before he joined the Target team just needed support and refinement, and Dojo was the answer.

“The Dojo has been fantastic in getting teams engaged with agile and DevOps, removing the natural resistance and fear of change, and then supporting the team through the changes while maintaining productivity,” said McNamara. “It’s been a huge success for Target. And as we move through the journey, we continue to use the Dojo to refine, reinforce and strengthen our engineering capabilities.”

Netflix has undergone many developmental changes since its initial inception in 1997 as a website-based movie rental platform. Today, it has become a leading entertainment platform, and its success can be partially attributed to DevOps.

The company currently uses hundreds of microservices to operate its cloud-based infrastructure. Netflix knew they needed to create an infrastructure that was able to handle large volumes of traffic microsecond speeds, and after a compromising situation in 2008, they knew they had to transition into cloud-based services.

“That is when we realised that we had to move away from vertically-scaled single points of failure, like relational databases in our datacenter, towards highly reliable, horizontally-scalable, distributed systems in the cloud,” said Yury Izrailevsky, VP, Cloud Computing and Platform Engineering.

Now, they use containerization with Docker to streamline efficiency between different platforms, which helps with scaling significantly, as containers can be built and destroyed quickly (the company uses its own container management tool called Titus). In April 2017, they launched one million containers in just a week.

Etsy’s platform has become synonymous with the craft and maker movement. It gives creators the opportunity to earn an income from their creations. Like many companies that transitioned into DevOps as a means of disaster control, in the beginning, the company struggled with slow and painful deployments.

Although they were deploying twice per week, they knew they needed to be faster. During its heyday, silos and barriers created distrust between development and operations teams. Although company culture was strong, the separation layers embedded in its development processes prevented them from further growth.

“We had a traditional mindset of, developers write the code and ops deploys it. And that doesn’t really scale,” Etsy VP of Technical Operations Michael Rembetsy told Network World. But as the company integrated DevOps, a positive shift occurred. Rembetsy added, “And as we did that the culture in the whole organization begin to feel better. There was no distrust between people.”

Are you making these marketing automation mistakes?

8 major issues digital marketing may face in the future