Guerilla marketing tactics, as they’re often being called in today’s increasingly social media-minded sales scene, aren’t necessarily unconventional techniques or even all that creative. They’re simply defined by the fact that they’re not the sort of thing that everyone else in the industry is doing.

Considering that it’s getting harder to increase brand visibility as people are constantly bombarded with messages from all angles. You need to make sure that your business is in a position to stand out from the crowd by using unconventional marketing techniques. 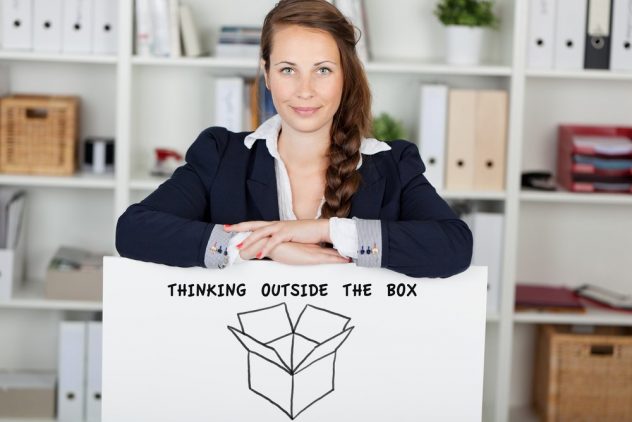 Embracing negative feedback and accepting all publicity is good publicity is a good place to start. Once you’ve taken a few tips from today’s news leaders, though, you’ll want to focus on drawing up unique plans that match your company’s style. Consider giving away something free for starters, like a traditional calendar. You can also take this further by placing your logo into your merchandise, like imprinted totes with your design.

Organisers are coming back in a big way, in part because they’re so convenient in a world that’s increasingly becoming frustrated with digital technology. While it might seem like your phone can do everything when it comes to keeping track of your day-to-day goings on, you’ll lose everything the moment that your device’s network connection goes out.

As a result, individuals who often find themselves on the move are switching back to traditional paper in the hopes of avoiding this sort of problem. At the same time, many people are finding that the act of writing things down helps a great deal when it comes to putting together a plan they’ll stick to.

Savvy marketers can put their brand on a personalised diary in order to take advantage of this trend. Since clients will carry these around with them, they’ll always have a ready reminder of your brand on your person. At the same time, your sales agents can use them to keep track of things and therefore act as walking representatives of your company even when nobody would have otherwise even seen your logo attached to anything.

If you’re really feeling adventurous, then you might want to try attaching your logo straight to your building.

Over in America, one famous carpet cleaning brand erected a giant pair of lips to suggest that they kiss their customer’s carpets clean. It was a shocking advert that people could see for literally miles away, and therefore it worked. While there was probably some complaints over it, there certainly was a great deal of buzz generated because of it.

So much so, that IBM celebrated their entry into the world of GNU/Linux with a cloned copy in the form of a giant penguin stretched across the side of a building. Nobody is suggesting that you go this far, but if you’re really feeling a bit cheeky you might consider at least trying some sort of poster or other promotion.

Pantomime mascots have been somewhat popular in the car park industry for some time now. Someone in another industry who hires one might attract attention simply because it’d be rather ironic if they did so. Imagine how much attention you’d get if you sent one to a franchise exhibition as a joke.

Physical gimmicks can only get you so far, however, so you’ll need to apply these guerrilla tactics elsewhere as well.

Applying a little unconventional flair to very conventional social media posts can help more than you might think. Traditional content marketing continues to generate plenty of buzz even if it doesn’t always seem like it. The secret is to only generate things that people will actually have some interest in looking at.

Radio stations that are attempting to change formats often go through a process called stunting in the hopes of attracting listeners by playing something weird and bizarre. You might plan your own stunts by making offbeat posts on all your social accounts to catch the eye of people who wouldn’t otherwise follow you.

These kinds of unconventional marketing techniques is especially useful if you work from a clean account that isn’t necessarily tied to your business. A majority of social media outlets don’t permit small business owners to create sockpuppet accounts, but there’s nothing stopping you from starting this kind of campaign on a site you’ve never previously posted on.

Once you’ve attracted a following, you can slowly start to ease your readers into the idea of this being some sort of publicity stunt. Eventually, you can hold onto at least a fairly loyal core of people. In many cases, these people will actually remain with you as long as you continue to post at least some of the original content.

Other unusual marketing tactics can eventually enter the fray. As soon as you have a willing audience, they may continue to share media that you post with one another.

You simply have to keep shocking them in just the most appropriate ways.

How to increase your ranking on Google