When it comes to urban mobility, Blade flies high above the rest. They are a short-distance aviation company that’s technology-driven and believes in providing affordable transportation by air as an alternative to most ground routes in the U.S. and abroad.

One of the benefits of Blade, you can easily book by the seat throughout the Northeast and West Coast. You can even charter or turn to crowdsourcing to book a flight anywhere in the world. They promise an unmatched culture of accommodation. Blade is not only efficient with their time and yours but will get you where you need to go by helicopter, seaplane, or even jet. 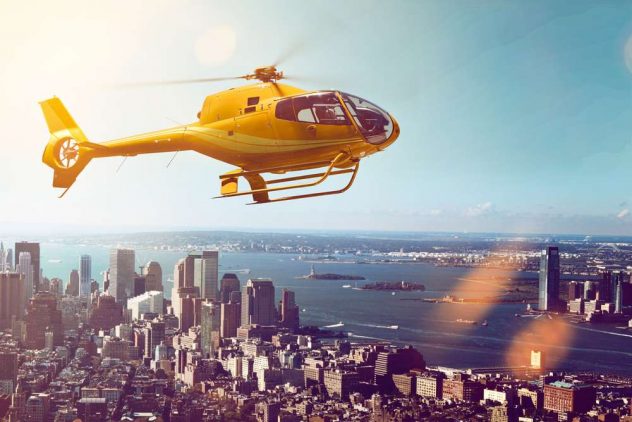 As urban areas become more and more congested with ground traffic, Blade has taken to the skies and made it more accessible. They are leading the way in the revolution in urban mobility. Not only do they were to save you time and money, but they also want to keep you safe. As their business model focuses on leaving a small impact on the environment, it also allows many to share aircraft instead of going alone which makes their model even more efficient with fuel consumption.

If you feel that reducing their carbon footprint and saving time and fuel wasn’t enough, they also work with local hospitals. This allows many patients to receive the organs they need to survive, and it gives the doctors a much stronger success rate. Right now, they have a strong partnership with MY Langone Health. This allows them to arrange missions for transplant teams and donor organs to be flown on-demand for life-saving operations.

This has proven widely successful. Not only for Blade but for the many people who have come to depend on them to deliver what is needed to save lives. This is partly due to the excellent leadership of Rob Wiesenthal.

Wiesenthal’s successful background has proven to be a stream of successes. He moved Sony Corporation of America forward as their Chief Financial Officer, was the Executive Vice President and Chief Strategy Officer of Sony Entertainment, Inc., and Group Executive of Sony Corporation. Shortly after, he was welcomed aboard Warner Music Group as their Chief Operating Officer.

With flights starting at $195 that will turn a 2-hour drive into a 5-minute plane, it is easy to see why they’re continuously offering their services. Blade has taken their service to new heights and more services to make it easier getting from area to another and avoid the hassle of lengthy and congested ground trips. Currently, they are looking to expand their services overseas in this new market by entering an alliance with Airbus. In a time when time is of the essence, Blade stands out and continues to move forward and soon, around the world.

Is shipping your luggage before your business trip worth it?

How to park at airports without breaking the bank

Understanding the look-to-book KPI in the travel industry

8 tips for staying fit and healthy whilst travelling for business

Dominic Lill - December 6, 2016 0
It’s relatively easy to maintain your fitness whilst you’re in the comfort of your own surroundings, with the local gym just down the road...
We use cookies. To learn more, read our Privacy Policy.Ok