There are roughly six million small businesses currently operating within Great Britain. That’s about one business per eleven people. It’s a staggering amount, and it’s always growing, with hundreds of startups launching every week.

With so many new businesses out there, it can be easy to see yourself as just another drop in the ocean. When you’re only a very small startup company, serving a select few clients and pulling in a reasonable yet unremarkable income, you don’t really consider yourself as a company that is making waves just yet in need of legal support. Therefore, there is the temptation to think you can just slip under the radar when it comes to a lot of situations that might trap bigger businesses. Who is going to know if you do anything wrong? 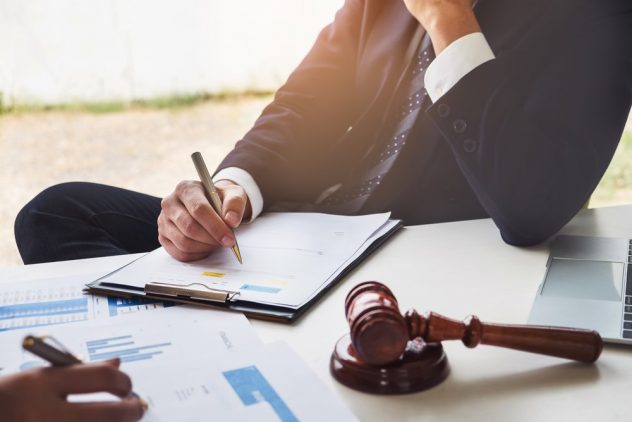 But this is a dangerous mindset. Legal support can save your business from, potentially, unfortunate situations.

No business is above the law

All businesses, be they apple pickers or Apple themselves, are governed by the same or very similar laws. It doesn’t matter what you do or who you are; you are all beholden to the same rules. There is no better example of this than the introduction of GDPR when it came into force in 2018. Introducing sweeping changes to data protection laws, it put all businesses in the firing line and revealed vulnerabilities across every kind of company. Since GDPR came in, we’ve seen legal actions taken against massive companies like British Airways down to thousands of small unknown companies.

The regulations have hit everyone.

Ignorance to legal compliance is not a defense

Michelle Goddard wrote an article for AQR (The Association of Qualitative Research) in which she outlined how ignorance of GDPR compliance was not going to be a defence when it came to legal penalties. This fact has since been seen in numerous cases, demonstrating the lack of leniency when it comes to small business case law.

Failure to pay attention to legal demands is not going to allow your company to get away with non-compliance.

The introduction of GDPR brought with it what can only be described as damaging penalties. Even smaller companies face fines reaching into millions of Euros. As new laws come into place, the fallout is becoming ever-more present and concerning.

The tighter regulations clamp down on those who ignore their obligations, as well as battle to control the sheer volume of new corporations now operating, forcing everyone to pay attention. Any breach in the regulations could lead to legal action, you need the support in place to defend yourself.

Anyone working across borders opens themselves up to a litany of new legal procedures they must be aware of, on top of all their other obligations. GDPR showcases this perfectly, as the high-impact laws don’t merely affect EU businesses, but any business that stores information on an EU citizen. American businesses, for example, cannot avoid GDPR despite being based half-way around the world. They have to understand the rules, alongside those that apply within their home nation, if they want to work with EU customers.

It’s not enough to know your domestic legal process; you have to know it all. Many startups are based online, which opens the doors to international trade, and the legal obligations that come with it.

The British Airways fine, currently the largest on record for GDPR at £183 million, was dolled out after the company’s website was attacked. Hackers took control of the BA domain and redirected customers to a fraudulent website to harvest data. The incident occurred because British Airways didn’t take the necessary steps to protect customer data. It wasn’t because they were negligent, but because they weren’t aware of the level of responsibility they had. It could have happened to anyone, but they mistook their position and made mistakes as a result.

If a major company like British Airways can make mistakes like this, imagine what a small business could do when not paying close enough attention to legal compliance and without proper support?

As with other legal processes, the GDPR rules are clear. You must take the necessary precautions to comply with the law. But, what happens if you take the steps required to secure GDPR compliance, but things still go wrong? Well, you are protected. By being proactive, you’ve shown your compliance with the law. Even if the outcome is the same as if you’d done nothing, your businesses commitment to the legal procedures can and will pay dividends. Solving the problem after the fact doesn’t eliminate the impact of non-compliance in the first place.

It’s always better to be proactive in your legal responsibilities and work to ensure you’re meeting regulatory standards, than having a backup plan if things go wrong.

Every small business should get to know their legal requirements

GDPR is a specific example of how the legal process works to influence small business. You may not be affected by GDPR, but that doesn’t mean other laws and regulations don’t exist that can disrupt your operations if not completely understood. This could include anything, from obtaining the proper licensing to how you acquire and manage commercial properties.

To ensure you don’t run afoul of the law, you need to know what you can do wrong.

As mentioned during the introduction to this article, it’s very easy to see your startup as almost immune to this sort of problem, because it’s so young and unknown. It’s very similar in many respects to the old fallacy of youth, where teenagers feel immortal. The reality is that they aren’t, and neither is your startup. We’re all vulnerable to something, and the legal process can be a killer of many budding startup companies.

Learn from the impacts of GDPR and cover yourself.

How to get your law firm online overnight

What happens to a business in a family law dispute?

How can legal tech save businesses money?

10 casinos worth visiting in the USA

Dominic Lill - August 27, 2019 0
As an EU member state that benefits from the freedom of movement, it should come as no surprise that Belgium is home...
We use cookies. To learn more, read our Privacy Policy.Ok