Franchising in Scotland is getting close to the billion mark per annum. Pip Wilkins, CEO of the British Franchise Association, looks at how and why it will continue to grow.

Year on year, the franchising industry has shown growth in diversity, employment, and modernisation, as well as a boosted economy. The same can be said for franchising in Scotland. 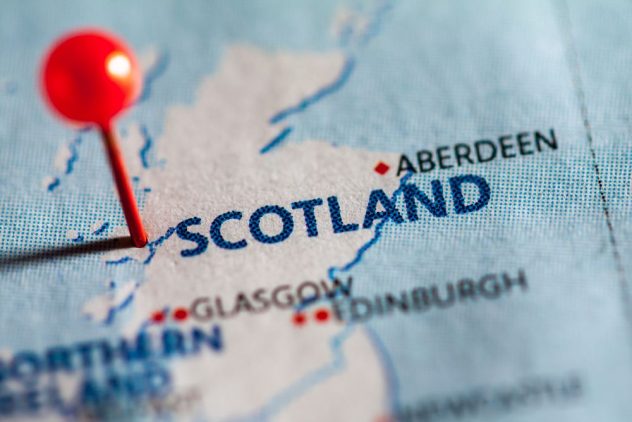 The 2018 bfa NatWest Franchise Survey revealed that employment has risen in the United Kingdom by 14% since 2015, with 710,000 now employed in franchising. Furthermore, 37% of new franchisees were women and 18% of franchisees overall were under 30. And most significantly, the industry collectively generated a turnover of £17.2 billion for the UK.

Through this, franchising within Scotland has remained steady, currently contributing £800 million per annum to the economy. With this in mind, the British Franchise Association has set the target of making franchising a billion pound industry by 2021 in Scotland.

The franchise industry is continually providing solutions for people who want to be business owners, but feel that certain circumstances may be holding them back. This could be wanting flexibility due to family commitments, or needing a business that can be operated from secluded areas such as rural Scotland.

This is demonstrated by the latest survey results which have shown that 4 in 10 franchise systems can now be operated from home, proving that whether you live in a city or are settled in the more remote parts of the Highlands, franchising can be the route to self-employment.

Fife-based couple John and Elaine Warburton became franchisees for Barking Mad, a dog-sitting service, after looking for an opportunity that allowed for flexible working hours. Being dog-lovers themselves with six dogs, when the opportunity to buy a resale presented itself, they could not resist.

Elaine states: “Owning a Barking Mad Dog Care franchise has truly changed our lives in the most positive way, giving us an amazing sense of achievement. Barking Mad is not just our business, it’s our way of life, allowing us to benefit from the flexibility and autonomy to balance work and family commitments, whilst indulging our love of dogs.

“We are proud to operate a successful Scottish franchise business and if anyone is considering following this career path, we would hope that they are inspired to follow their dreams just like we did.”

John continues: “Living in a relatively rural area is a beneficial lifestyle choice but it isn’t without its challenges, as it can be difficult to find high quality, skilled employment. The franchising route has enabled us to grow an award-winning business whilst working from home but with the back-up of central services and the added support of the wider Franchise Brands plc Group. We are honoured to be able to contribute hugely to our local community by providing a valuable service.”

And John and Elaine’s hard work has not gone unnoticed in the industry. The pair scooped up the Lifestyle accolade at the 2019 bfa HSBC Franchise Awards in June.

Why should Scotland consider franchising?

UK businesses have experienced many storms, including economic standstills and digital disruptions, with many having succumbed to the relentlessness that is being in business by yourself.

Franchising is able to adapt quicker to societal shifts and even in previous economic uncertainties has continued to grow, showing sustained growth ever since the survey was first made. From the 2018 stats, 93% of franchisees claiming profitability, and six in 10 franchise units turned over more than £250,000.

Carving a business – even as a franchisee – will be intense, as building relationships in the community and developing local connections is pivotal to any growing business and is an aspect that a franchisor can only help so much with, depending on the franchise system you own. Furthermore, a franchisor can provide advice and support when needed or asked for, and give training so you are in the best possible position to become a success.

For 15 years, the British Franchise Association has held the flagship event ‘Scottish Franchise Week’ to educate on franchising and promote the opportunities available. This is pivotal as an educational tool to help the franchising industry grow in the country.

Scottish Franchise Week is run during the Autumn.

Benefits of investing into a franchise [infographic]

Most profitable burger franchises to own right now