Every thoroughbred racehorse owner wants their animal to be a champion. While that cannot be the case, there is no harm in dreaming big.

When someone does own the racehorse of a lifetime, then of course it becomes easy to make profit on the investment made. It is simple enough to look at famous racehorses in training like Altior, Enable or Tiger Roll, then at their career earnings on the track and think it’s simple. 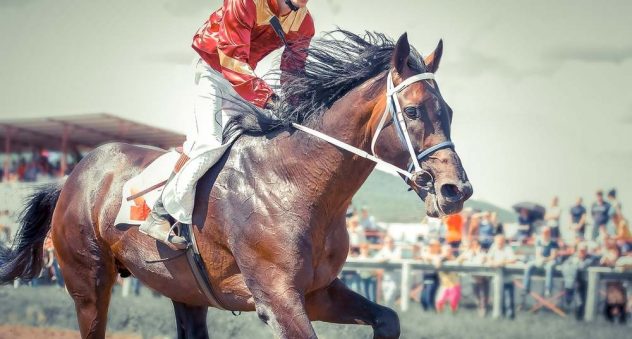 The value of horses going through the sales ring is going up all the time. It’s now common in the National Hunt world for an Irish point-to-point winner to fetch €100,000 plus off the back of one racecourse outing somewhere in the Emerald Isle.

A fascinating study exploring how much money was invested in purchasing a participate in Cheltenham’s Gold Cup race also highlights the increasing costs involved. First and foremost, a racehorse has to cover its sales price, livery and training fees before it can be said to turn a profit.

Having bought a horse, owners then need to find a handler to train it. Depending on where you are in the British Isles, and the person into whose care the racehorse is left, livery yard prices vary.

Top trainers will charge more for space in their stables and to work and school equine athletes. The subject of training fees was one that cause major Irish jumps owners Gigginstown House Stud to move their horses out of Willie Mullins’ yard a few years back.

Ryanair chief Michael O’Leary and brother Eddie simply didn’t feel they were getting value for money at Closutton. Other owners continue to support Mullins and the departure of Gigginstown racehorses hasn’t stopped him being hugely successful on both sides of the Irish Sea.

You get what you pay for, but horses have to show ability on the track and work well at home. There are any number of starting points for their careers under Rules. Larger racehorses tend to, but not always take to steeplechasing.

Even animals with point-to-point race experience may start off in National Hunt horse racing in bumpers. These don’t involve jumping any obstacles, just racing on the level usually over a distance of around two miles.

National Hunt Flat races give horses a chance to learn their job without the added complication of clearing hurdles or fences. Even the Cheltenham Festival, one of the most popular betting events of the year, has a Champion Bumper during the meeting.

That race, which is open to racehorses aged between four and six, had a total purse of £75,000 in 2019 with over £42,000 going to the winner, Envoi Allen. Depending on your initial outlay, a big race success early on in a horse’s racing career could cover what you paid for it plus training fees for a year or more.

The number of National Hunt Flat races any horse can run in is limited, however. After getting bumper experience under their belts, or if connections have decided to skip them entirely, jumps racehorses are usually sent hurdling.

Horses start off in novice company or maidens if they haven’t won before. If you own a three-year-old, then age restricted juvenile hurdles are a usual starting point.

These minor events aren’t going to be valuable, but that is reflected in entry fees to pay separate to livery and training costs. Again, if your racehorse shows ability then it can go up in grade and see how it gets on against fellow winners. You can then continue in open company over hurdles or switch to chases.

Class 1 races are divided into four categories in both National Hunt and Flat spheres. Listed events, Grade or Group 3, 2 and 1 races. The lower the number, then the more prestigious and more valuable the race is with the exception of some handicaps.

The Grand National, for which first prize is a whopping £500,000 is only a Grade 3 handicap steeplechase. However, because this is such a competitive race and the ultimate test of equine athleticism and horsemanship for the jockey, its purse is boosted.

Prize money is traditionally split with the lion’s share going to the owners. We’re talking 75 per cent here. The remaining quarter is divided between the trainer and jockey (10 per cent each), and equine or horse racing charities and the stable staff (five per cent).

This means that, although your horse may win a race, there are further expenses to cover. You may be feeling generous and wish to give a bonus to those who look after your horse.

Although there are outlays on leading racehorses and it is more complicated than it first appears, big prize money can still generate plenty of profit for sure.

Storm International develops a network of units in the CIS