Cryptocurrencies have changed the concept of the traditional banking system. In the past, the fiat currency was the most popular means of financial transactions. But slowly things are changing and people are embracing the digital asset as a standard medium of payment.

Though things started with bitcoin, more than 2900 digital asset is now publicly traded across the globe. To give you a simple idea about the embracement of cryptocurrency, we need to cite real-life examples of popular cryptocurrencies. According to a recent study, 8% of the Americans have invested money in the crypto industry. So, you should not doubt that the crypto industry is flourishing at an exponential rate. 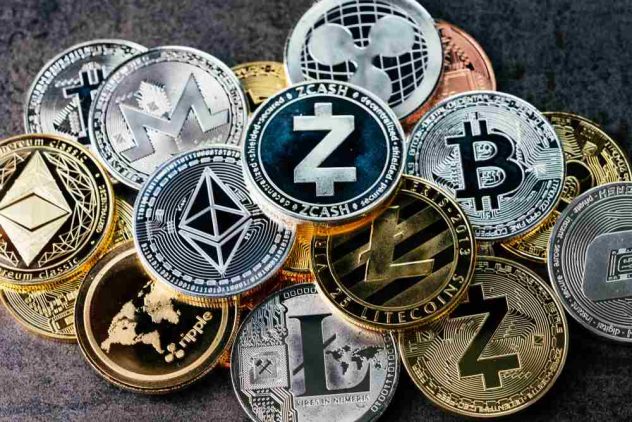 When you speak about cryptocurrency, you don’t have to think about the bitcoin. In today’s article, we are going to discuss the top four popular cryptocurrencies used in the global market. These are:

Bitcoin started its journey back in 2009. Over time, it has owned the hearts of many people by cutting down the middleman associated with financial transactions. Since the price of bitcoin is extremely volatile, many reputed brokerage firms are now offering bitcoin trading services. You can fund your trading account with bitcoin. Some of you might think that bitcoin is not regulated in many countries so you might even get scammed. But if this were true, big companies like Amazon, Microsoft would never have accepted bitcoin as a standard medium payment. Since bitcoin has the highest market capitalizations, it makes it less risky compared to other cryptocurrencies because market capitalization is much lower.

Ethereum is often known as Ether and it often considered as the second most popular cryptocurrency in the world. You can buy Ether by using cryptocurrency exchange platform at the current market price. Reputed Forex brokers also offer ethereum trading opportunities just like the traditional major pairs. Some traders prefer to trade Ethereum since the price movement is much more stable and the chances of experiencing insane market volatility are very low. Since Ether deals with a smart contract system, you don’t have to rely on a third party to complete a financial transaction. Compared to traditional paperwork which is very common in traditional business, a smart contract is much more efficient and holds the potential to improve your business efficiency.

Cryptocurrencies are famous for a fast transaction without the help of any middle man. Compared to Bitcoin and Ethereum transactions, Ripple, which is often known as XRP, is much faster. The transactions are usually completed in less than 5 seconds. Exchanging XRP is much easier and you can do this even in major banks. So, if you are looking for a solution to high scale transactions associated with high-frequency Ripple might hold the key to solving your problems. When it comes to transaction costs, it is much cheaper than the traditional money transfer system offered by local banks. So, small to medium-size businesses can be benefit greatly from using XRP as their payment medium.

Litecoin is another popular name in the crypto industry. The transaction is much faster than with bitcoin and you can expect to complete a transaction in less than 2.5 minutes, whereas for the bitcoin you might have to wait for 10 minutes or more. The best thing about litecoin is the complexities associated with its algorithm. It uses a much simpler algorithm compared to bitcoin and this eventually helps miners to earn more reward while mining. But when it comes to mining, you need to carefully calculate your computing power and assess the potential revenue. Mining is a very sophisticated business and you need to do things very precisely. You should seek professional help before you set up your mining rig since the selection of the popular cryptocurrencies plays a major role in your success.