Rapid prototyping is the expedited production of a model, part or assembly with the use of CAD. 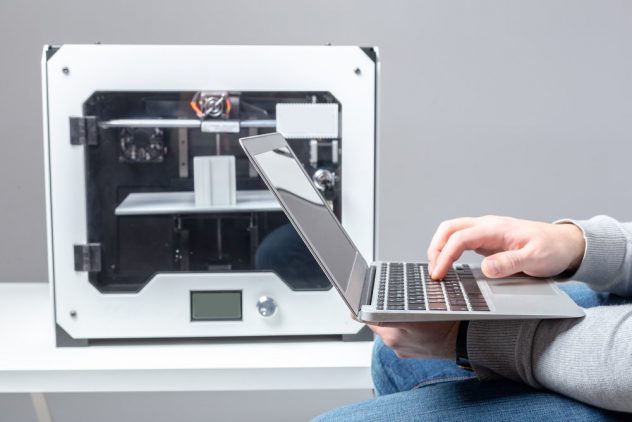 Benefits of rapid prototyping for manufacturing

The benefits of rapid prototyping for engineers and manufacturers are centered around the ability to materialize concepts quickly. The capacity to manifest designs in a low-cost way allows for a practical way of fleshing out products. It also provides the ability to experiment with different iterations of actual prototypes rather than settling for computer modeling for most of the process.

What are the different types of rapid prototyping?

With the advent of flexible prototyping methods, product designers now have a plethora of techniques at their disposal. Choosing between rapid prototyping services depends on the specifications of the project at hand.

SLA rapid prototyping is the first successful manifestation of fast and cost-effective 3D printing for commercial use. Stereolithography is the most popular rapid prototyping technology. It uses a low-power ultraviolet laser to trace out cross-sections of an object in a container of photosensitive liquid.

SLS rapid prototyping also builds the prototype layer-by-layer but does so using a power bed. Selective laser sintering is not as effective at creating parts that are as strong as with SLA. Another drawback is that the product does not come out in its final form and may need a little extra work to smooth out edges and rough spots.

Other rapid prototyping methods in use include:

Rapid prototyping services have a wide range of applications in manufacturing. The benefits compared to sourcing parts at local machine shops make rapid prototyping the go-to method for product designers and engineers.

The ability of SLA rapid prototyping to produce accurate and detailed polymer components makes it a mainstay for functional testing, presentation models and high heat applications. On the other hand, SLS finds a lot of use in the creation of automotive hardware and wind tunnel models. It is being increasingly adopted in the military, aerospace and electronics industries.

Depending on the type of product and the material used, proper use of rapid prototyping services can boost productivity and offer significant cost savings over sourcing parts with other service providers.

Innovations in clothing manufacturing driving change in the fashion industry

Industry 4.0: The urgency of data standardisation