For many professionals, successfully navigating the nuanced power dynamics that occur in the workplace can be a daunting task. Making the challenge more difficult, you must often learn to balance doing so not only those in positions under you, but above you as well.

Whether as a young professional entering the workforce in an entry-level position, or upon accepting the challenge of your first leadership role, the ability to approach such dynamics with discernment is an imperative skill to develop in order to become an effective leader. With a prolific career that spans over twenty-five years, biopharmaceutical expert Carsten Thiel has proven himself to be a highly perceptive and valued leader. 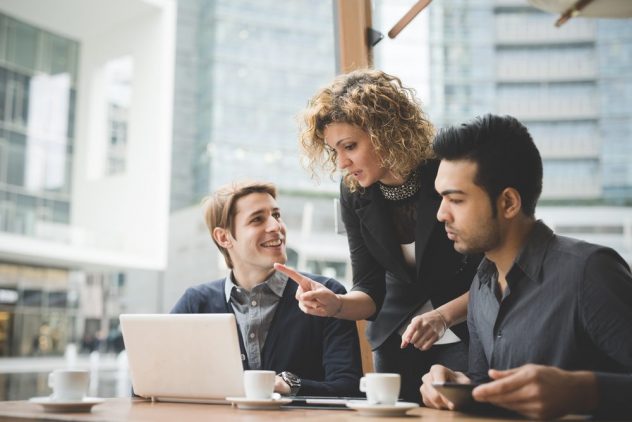 In working for some of the world’s most prominent commercial pharmaceutical companies, Thiel has held numerous leadership positions spearheading the marketing and launches of new drugs and pharmaceutical products. As a result, he has a wide range of insights particularly useful for a young leader.

In many team-based assignments within a workplace, you will be required to lead those that are your equals or even senior to you in both experience and position. Different from employees positioned below you, these individuals are usually already quite successful in their own careers and may also have a broad amount of experience themselves in leading and completing projects. Being accustomed to managing their own team and delegating responsibilities, it can often be difficult for them to switch their mindset to one of receiving directives instead of providing them. There is a possibility that they may feel passed over for the leadership position you have been given, or in a worst-case scenario can even feel personally threatened by the arrival of a new authority figure. This shift in power paradigms may make even the most seasoned and experienced co-workers test the waters and challenge your authority.

As a young global business leader for one of the largest international pharmaceutical companies, this was a position Carsten Thiel was placed in on multiple occasions. In one of his first assignments heading the marketing launch of a new weight loss drug sure to make waves within the industry, Thiel found himself in charge of directing a team of well-seasoned industry experts, each with their own opinion on the best approach. He knew he needed to walk a fine line throughout the project of giving recognition to each team member’s advice and contributions while also remaining unwavering in his own ideas on the best course of action. In doing so, he showcased his aptitude towards leadership while also successfully launching his product. By simply acknowledging that some on his team have more experience than him, he created an environment of mutual respect in which he was handily able to complete the task at hand.

When you are surrounded by a team of seasoned professionals, it can be easy to feel insecure and as a result abdicate authority as a young leader. In this time, it is important to remember that you have been given a role of leadership because you are the person best-suited for the position. The desire to be well-liked is a natural human tendency, but acting on such desires by changing your course of action can bring into question your leadership qualities. In some extreme cases it can even result in an inability to fully execute a plan.

Within the weight-loss drug launch project, many of Thiel’s established peers wanted to maintain a traditional marketing program. In their view, they would best maximize sales by targeting the widest customer base possible — anybody looking to lose weight. However, Thiel decided to look further in the future than the initial product launch and recognized that the adverse side-effects would likely deter many mainstream dieters from utilizing the drug long-term. He predicted that while initial sales might be high, they would likely experience an extreme drop once patients began experiencing the discouraging side-effects. In his view, marketing the drug towards medical professionals as a weight loss aid to their patients suffering from obesity would create a higher success rate, and more consistent sales as a result. While acknowledging and respecting the opinions of his peers, Thiel exercised assertive leadership and made the choice to push his own desired course of action forward. By remaining true to one’s own convictions, you command respect and through that proudly see the results of your actions.

Keeping peers “in the loop”

When undertaking the management of a large project, there are often so many moving parts that poor communication becomes the norm. It can seem like a waste of precious time to make sure every member of the project is fully aware of the operations taking place in all areas of the project. However, the wide dissemination of information is key for team members to recognize the leader’s handle on the entire scope of a large project, and instills camaraderie by exemplifying how each aspect of operations impacts another.

On an assignment for the development and distribution of a new colorectal cancer treatment, Thiel was given the news that their chemists had discovered a biomarker capable of identifying the effectiveness of the drug in each patient. Although this was information he could have kept internal to the drug development and select members of marketing, Carsten knew that keeping all team members abreast of the situation would create a sense of inclusion and issued a project-wide memo to ensure that all were up to date with the development. Taking the thorough approach of seeing each member of the team as parts of a whole, Thiel acted in an way that showed he was capable of effective communication and teamwork.

For any young leader, making bold statements requires the ability to follow through on those statements without pause. Leading by example might be considered the most valuable method of setting the tone for expectations in the workplace. To use the the idiom “practice what you preach,” it is critical for successful leaders to abide by the same guiding principles they deliver, giving a sense of solidarity and comradeship to their working environment.

For Thiel, the importance of a patient-first approach was an initial guiding principle for his decision-making, and he extended an expectation of similar consideration to his team members through each of his projects. On the colorectal cancer treatment project, Thiel and his team were days away from the product launch when the new information about the biomarker came to light. Though he and his team had already spent countless hours on the project, Thiel knew that not disclosing this biomarker would be incredibly unethical. Although met with initial pushback, he rallied his team to hold themselves to the same standards even if it meant pushing back the release and creating additional work such as devising a standardized test for practitioners and educational materials. Even when faced with dissent, Thiel believed following the outcome that best serves the patient would always be the best move for the companies that employed him. By staying consistent to his own ethical guidelines and ensuring those working with him do the same he was a pacesetter within the industry and an example in consistent and refined leadership.

5 steps to becoming a digital leader

Starting a new business? Then say hello to NYC accountants