While millions of people take profound steps to launch their own business each year, the success rate for startups is dismal. In fact, some sources indicate that only 10 percent of startups will still be in business after 5 years. Luke Lazarus is someone who uses their talents in business to help startup businesses. 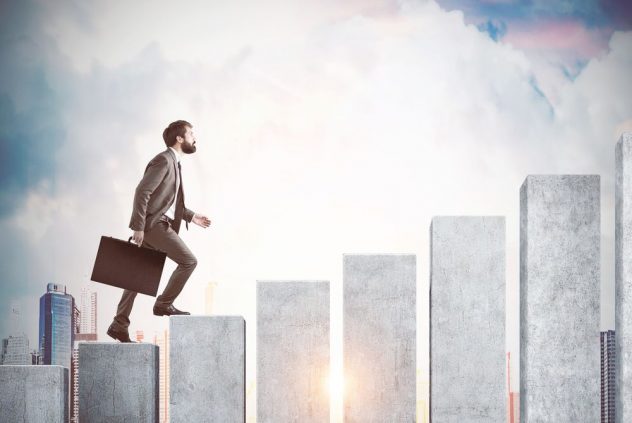 Tough competition and financial challenges are some of the common obstacles that today’s entrepreneurs face. Economic factors, such as limited job growth and taxation, also hinder a startup’s opportunity to thrive. While these and other hurdles are insurmountable to the overwhelming majority of entrepreneurs, others are stunningly successful. Some individuals have such a knack for growing a profitable, established business out of nothing that they repeat their efforts with one successful startup after another. In the process, they often amass substantial wealth.

More than luck at play

When an entrepreneur has a successful initial run, some may claim that he or she is lucky. The individual has accomplished something that other intelligent, hardworking individuals have not been able to do. When the individual’s success is repeated numerous times without fail, it becomes clear that he or she is a serial entrepreneur. These serial entrepreneurs have expertise and professional skills that others are not gifted with, and they have mastered control of their talents to perfection.

Many serial entrepreneurs use their talents to continue to generate huge personal profits and even to build a dynasty that can be passed down for generations. Others, like Luke Lazarus, choose to help other aspiring entrepreneurs navigate along a perilous path that may otherwise prove to be impassable in many instances. Lazarus takes a startup to a successful, growing business that consistently operates in the black.

A record of academic success and achievement

From his early childhood and throughout his entire academic career, Luke Lazarus excelled academically. He was born in Melbourne and remained in the city until after graduating from college. Lazarus was a talented high school athlete and managed to maintain straight A’s despite being busy with sports. He also demonstrated his business prowess early in life. For example, he launched his first small business when he was only 8 years old, and his early entrepreneurial mindset carried on with him over the years.

Many colleges and universities actively recruited Lazarus, and he was even offered opportunities to attend Ivy League schools in the United States. Lazarus ultimately opted to finish his higher-level studies in Melbourne. With hard work, he was awarded an MBA from the reputable Melbourne Business School.

While Lazarus dabbled with a few basic small businesses early in life, he became professionally focused on starting new businesses after graduating college. Before he was 35 years old, he had established four companies and sold each of them for a substantial profit. At this time, he was financially independent and had the luxury of choosing which path he would follow in life without financial considerations. He could have continued to find success and huge profits as an entrepreneur by launching new businesses on his own, but he wanted to do something that was more fulfilling than simply make money. Lazarus decided to use his entrepreneurial skills and experiences to help others.

A new approach to startup consulting

Luke Lazarus was not the first business consultant to focus on helping struggling entrepreneurs, but he approached this new aspect of his career in the same way that he approached his own startups. He combined solid analytics and proven systems with his incredible ability to develop personal connections. While Lazarus develops great relationships with his direct client and all stakeholders, he has earned a reputation for being a straight shooter, which may seem abrasive to some people. He believes that there is no room for sugar-coating the facts in the business world. By providing his clients with brutal honesty, he has stepped on a few toes. However, his proven method has transformed several dozen startups into multi-million-dollar companies at the time they went public.

Important factors that Lazarus focuses on

Lazarus refuses to beat around the proverbial bush with his clients, and there are a few critical factors that he focuses heavily on to achieve consistent success. Many of his clients have been intelligent, skilled individuals with exceptional talents in critical areas. However, many of these same individuals lacked an understanding of how to obtain venture capital. They also commonly struggled with brand messaging and high finance. Because these factors often come together to impact how well a new entrepreneur can raise vital capital and their knowledge of what to do with capital if they do raise it, Lazarus focuses his attention on these areas initially in many cases.

Baby steps toward a significant goal

The endgame for many entrepreneurs is to build a company that they can eventually sell for a monstrous profit. Lazarus states that entrepreneurs generally perceive raising capital as being relatively easy, but this small step actually is a major hurdle for some people. Many entrepreneurs perceive that obtaining financing is as simple as creating a pitch with a stunning PowerPoint presentation and waiting for investors to dole out essential funds. However, a lack of capital is one of the most common reasons why startups fail.

Lazarus believes that in order to garner interest from investors, their attention must be captured within the first 30 seconds. More than that, the message presented to investors must be powerful, direct and specific. The best pitches do more than explain the company’s business model. They express how the company’s products or services offer true value to customers. The ability to make an emotional connection with potential investors while also outlining the strengths of the company is essential.

As a business consultant, Lazarus has proven his ability to excel in the creation of successful business pitches on dozens of occasions. His services do not end once venture capital is attained. He continues to help his clients navigate through other significant hurdles and to achieve the level of success they desire.

Class of 2017: Why moving from startup status is easier than you think