In today’s modern age, in addition to the demands of having a lucrative and successful career it is expected that you should also be pursuing a “work/life balance.” An elusive ideal, sometimes it can seem like an impossible feat to achieve. However, studies are increasingly showing that over-working increases stress, affects health, and actually reduces your overall productivity. All this to be said, there is nothing wrong with working hard in your life. In fact, it is not the quantity of work you have, but the quality. 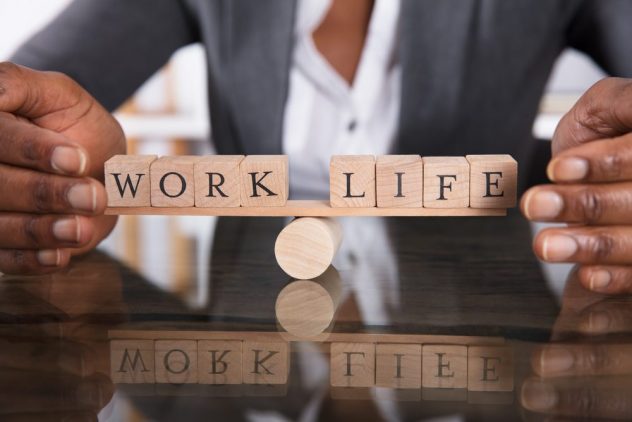 Clement Perrette worked within the financial sector for over two decades. Based in European capitals such as Paris and London, Perrette built an impressive career holding high-level positions in some of the top banking institutions of the world. However, in spite of his professional success there came the feeling that something was missing. All of his mental and time capacities were dedicated to his career, leaving little time for much else. And so, in 2013 he quit the capital markets and made the move to Geneva, Switzerland in an effort to create a more balanced lifestyle. However, he soon found that simply moving to a new location wasn’t enough to satisfy his need for a change. Through his next steps, we can all find inspiration towards a life that is not only balanced between work and home life, but also full of passion and fulfillment.

Utilize your time off

For many jobs, it can be difficult to take time off, even if you try to make plans well in advance. Even so, it is imperative to utilize both your PTO and weekends as a means to fulfilling yourself outside of your workplace. If your workplace is open to it, you could even look into taking a sabbatical. At the end of the day, taking this time for yourself is vital to being refreshed and open at work. By devoting your energy to more than just your career, you can actually increase your productivity in all aspects of your life.

For Clement Perrette, this revelation came to him on a boat. In 2011, Perrette was preparing to take a new position within his company, and with that transition came a move to Paris. Seeing an opportunity, he approached his company about taking a four month sabbatical in between leaving his old position and beginning his new one. Having always loved sailing, he decided to use his time to travel via sailboat around the world. He rented a 47-foot boat and took off, sailing to the Basque Country, Portugal, the Madeira Islands, Cabo Verde, and the West Indies. In touring the world and observing the blue depths, his love for the sea was reinvigorated, as was his passion for finding ways to protect it.

One of the key steps to recognizing what is missing from your life is to take stock of the one you have currently. A good exercise in awareness would be to write down a list of the things you do on a daily, weekly, and monthly basis. On a second list, write down a list of all the things you enjoy doing, whether it be related to work or not. These could be things like taking a walk in the park, solving a problem at work, or even getting a good night’s rest. Once you compare these two lists, the goal should be to have as many items on the enjoyable list as possible show up as the things you do on a consistent basis.

After returning from his sabbatical to his career in Paris, Perrette set on taking concrete steps towards achieving his goal of working within ocean conservation. First on that list was recognizing that while he loved the excitement working on the trading floor provided, it was too much of a demanding and high-stress position to allow time and energy for him to devote to much else. For that reason, he quit the markets and moved to Geneva. Planning carefully, he was able to take a few years off to balance his time enjoying life with his family. Once he was ready to begin working again, he carefully considered his strengths, abilities, and time he was willing to devote and found a job in asset management that would allow him the time he desired to devote to ocean conservation. Having identified where he wanted to devote his newly found free time, Perrette decided to collaborate with ocean conservationist and longtime friend Philip Hamilton on a book that would bring together scientists, divers, film-makers, law-makers, and conservationists all on their desire to promote the necessity of ocean conservation.

Identify how to best spend your energy by utilizing your talents

Once you’ve allowed yourself the time outside of work and have identified how you want to use that time, the best way forward is to identify your own strengths and see how they can best be applied to what you want to achieve. If you’ve identified a career change is the only way you’ll have a more good work/life balance, this means seeing where skills you’ve developed might be applicable to a new job or pathway that you’ve chosen.

With his new position in asset management, Clement Perrette was able to successfully divide his time between his job and ocean preservation. Co-managing the global bond total return fund, the clients of his firm are mostly institutional investors. They are interested in a fixed income fund that is diversified and liquid, yet also safe. This stability in demands meant that he was able to devote the necessary time to their needs while also leaving room for himself to complete the day early. It also even left him with time to keep a finger on the capital markets for his own personal investments. This arrangement left his evenings free for working on ocean conservation. Knowing the best way he could help was by utilizing his people skills and connections made during his career, Perrette set to work on managing the philanthropic and fundraising efforts, taking calls and sending emails to drum up financing and sponsors.

Accept there is no perfect work/life balance

If you asked him today, Perrette would probably say that he is working infinitely harder than his days in the capital markets. But by pursuing projects and devoting his time towards things he is passionate about, he has created a work/life balance that is ultimately more satisfying. While still assisting with “Call of the Blue”, he has also begun work as an executive producer of a film entitled “Ocean Souls.” Delving into the lives of whales and dolphins, the project hopes to create empathy and bring awareness to the whale hunting still prevalent in many countries. In addition to a fulfilling career, he now spends much of his time traveling, sailing, and scuba diving in the oceans that inspired his passion.

It’s simpler than you think to keep your office safe