When we think of robots we usually jump to images of ultra-intelligent human-like machines. However, robots can take on many forms and today, they are rapidly changing the way we humans operate our world.

Robots are no longer exclusive to dystopian sci-fi thriller movies, they are already here and working for us on a daily basis. Many now believe, like so many movies have predicted, that robots will drastically change our world forever. 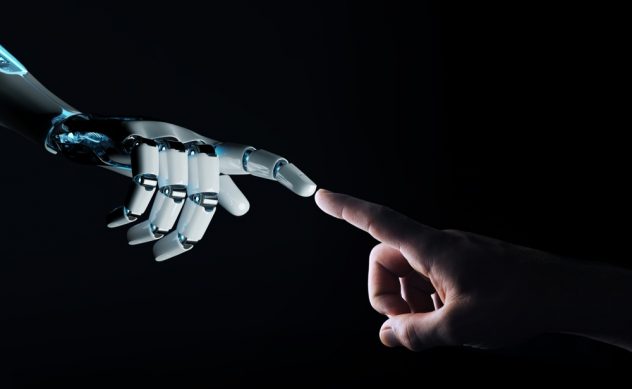 Today, robotics are used for thousands of different applications all over the world in various industries. They have proven to help us significantly in the following areas.

Robots have already changed the world of manufacturing. They form huge assembly lines in production factories helping to build and design the prodcuts we love and need with ultra-fast speed and precision. Robots can take on difficult jobs with ease such as welding, assembly, painting, part transfers, and machine tending.

As we continue to explore our planet and deep space, robots are integral to our success. Humans are limited to the places we can go and discover. Robots are able to explore areas of our world that would otherwise be dangerous and impossible for humans to go. Robots are able to withstand extreme environments, facing hazards and performing tasks humans can not.

As the population of the planet continues to grow, so must our food production. Farming is a difficult and laborious job. Robots are helping farms all over the world to scale up efficiently and produce more.

Tasks such as planting, harvesting, sorting, and packing are made simple with the use of agricultural robotics. The production of our food will soon become automated by hardworking artificial intelligence, making farming more efficient and cost-effective.

Robots, despite people’s fears of world domination, are crucial to the future of humankind. They will transform the industries mentioned above and others over the next few decades. The advantages of robots far outweigh any disadvantages.

Robots that can handle the heavy lifting of objects and work at extreme temperatures which helps make our places of work safer. The advantages of which are best seen in the manufacturing industry where humans can delegate the most dangerous work to smart robots while increasing productivity.

Robots can work incredibly quickly and with high precision, completing tasks that humans would not be able to complete by themselves. Robots don’t require sick leave or holidays and they never get tired. This makes them far superior to human workers.

With the right coding and algorithms, robots can work with excellent precision allowing us to create perfectly shaped objects each and every time. They will always deliver quality work as long as they are well-maintained.

We all fear robots taking over jobs as is so often discussed when talking about the future of robots in the workplace. While this may be true, it is likely they are taking over incredibly difficult or dangerous jobs that most people do not enjoy doing or are dangerous.

The introduction of robots also opens the door for new and much safer jobs for people. These jobs will include the monitoring and supervision of the robotics.

The introduction of robots is not without its disadvantages. The initial cost to install robotics can be extremely expensive. They require ongoing maintenance and updates to maintain their high performance. Robots are difficult to train, requiring advanced coding and algorithms.

They don’t always work perfectly either. There can be compatibility issues and they can be maladaptive at times. Robots will also require fixing when they inevitably malfunction or underperform.

Will robots take our jobs and if so, which ones?

Jobs that are set to be replaced go beyond the production line. Here are the jobs that we expect robots to take over:

It is easy to become worried about the future security of your job but it’s not all doom and gloom.

A recent study from the UK found that while robotics had replaced 800,000 jobs over 15 years in the UK, 3.5 million new jobs were created with higher average salaries.

Businesses which are moving the robotics industry forward

The robotics industry is primarily being pushed forward by a number of innovative robotics developers around the world. Such companies as Elmo Motion Control, are driving robotics forward with their innovative smart robotics technologies for applications in the manufacturing, automotive, and smart warehousing industries.

Why your business should start to embrace the Internet of Things

The future of email