Financially, this might be a sensible choice. It’s certainly one which solves a hiring problem quickly. However, long-term, this isn’t a great solution. According to one recruiter, increasing numbers of employees are now conducting salary research, such as asking co-workers how much they’re paid. As a result, around 50% of staff members believe they’re paid a fair wage for their work. Potentially, this could lead to them looking for opportunities elsewhere. 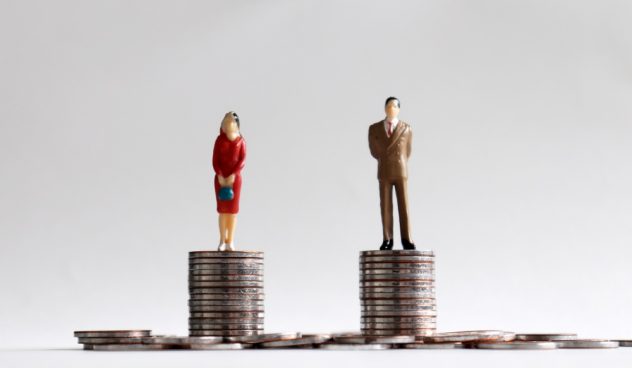 Although hiring cheap may be a financially-sensible step, replacing a talented employee can cost around 200% of their annual salary.

Our employees are getting into debt

According to financial education provider Neybar, more than 50% of employees have to borrow money to cover basic needs. Furthermore, around 45% run out of funds between paychecks.

Although there’s an argument for stating that employee debts aren’t a company’s concern, a staff member struggling with money will be more likely than they otherwise would be to experience stress, anxiety, and distraction in the workplace.

Therefore, if employees aren’t being paid a fair wage, they won’t be effective assets at all.

How can I ensure staff members are being paid a fair wage?

With employees conducting salary research, it’s essential that you do too. During the hiring process, you should thoroughly investigate the type of work you’re recruiting for. Identify other jobs in the area and ensure your pay is similar to what’s being offered. More than that though, ask yourself how much you would expect to be paid for the position and adjust rates accordingly. As well as these areas, you should also:

Be open to negotiation

Although an uncomfortable discussion, employees will enquire about their salaries and try to negotiate. It’s important, therefore, to be flexible and open to negotiation. Those staff members who strive to do their best should certainly be compensated for their efforts. When they come to you with a request, meeting them halfway will usually earn their respect.

Employees don’t expect their salaries to remain static. If an individual is routinely hitting targets and doing a fantastic job, their salary should reflect what they’re now worth. Again, be flexible and open to negotiation here.

Talking about money is uncomfortable, but a conversation which is essential

In the UK, the topic of debt is considered an uncomfortable one. Yet, campaigns such as Debt Happens are increasingly trying to break the taboo surrounding money.

Potentially though, employees may be starting to do this already. As the research above demonstrates, they are starting to ask each other how much they’re earning. If you don’t provide them with adequate compensation, you could see these people look for employment elsewhere.

What if a fair wage isn’t enough?

When it comes to salary, you can only go so far. You shouldn’t be expected to pay above a certain threshold and, to earn higher wages, staff will eventually have to do more. However, if employees are struggling with debt, there may be measures you can implement to help them get on top of their situation. As well as starting the discussion about money you could:

Workshops can be a useful way to develop the skill sets of your employees. On the subject of debt, few realise the solutions available to them. For example, an IVA or debt consolidation loan. It’s common for individuals to try and repay their debts themselves, or hide from the matter entirely, but spreading the message that assistance is available should go a long way to helping staff members get back on top of their finances.

Although providing a fair wage helps, staff eager for more money should be offered overtime. However, this should be monitored carefully to avoid burnout. In this situation, you benefit from additional tasks being completed and the extra funds should help employees pay off their debts quicker.

The rise of remote working