While the offshore industry has been using autonomous underwater technology for years, 2017 marked the year when the potential for robotic machines truly gathered global attention.

It all started with a competition. Leading French oil company Total launched its first robotics challenge in the Oil and Gas Industry at the end of 2013, looking for a solution to optimise autonomous operations and safety. The challenge ended with five teams pitching their creations in May 2017. This marked the rise of robots in offshore technology. 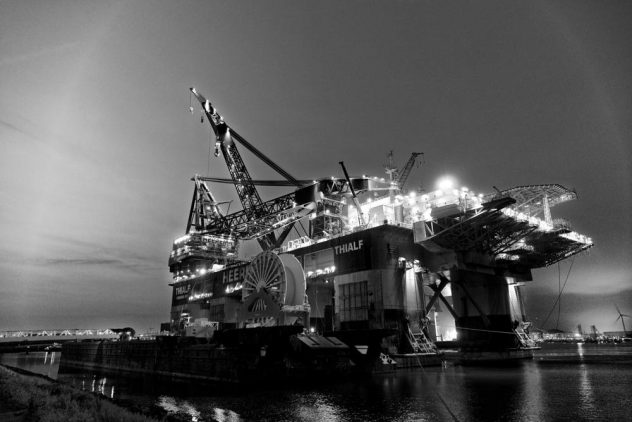 Since then we have been introduced to a new generation of subsea robotics, not to mention the limitless application and potential of autonomous subsea technology and digital twins. The robots share three key elements; sensor technology, algorithms, and the ability to act and interact with humans and the environment.

Below are some of the most prominent offshore robots today.

The ANYmal is described as the world’s first autonomous robot, designed to operate autonomously in challenging terrains. Thanks to visual and thermal cameras, microphones and gas sensors, this four-legged robot can map out its surroundings in 3D to monitor machine operations.

The robot can be remotely operated from an onshore control site, providing operators with real-time data when the platform is unmanned. This makes routine inspections and operations more efficient and autonomous and reduces the risk of disruptions. Weighing less than 30 kg, ANYmal is easily transported and hold a battery capacity of more than 2 hours.

ANYmal was first deployed and test-piloted on one of the largest converter platforms in the North Sea in September 2018.

ARGONAUT is another robot designed to perform routine inspections autonomously. The robot contains many of the similar sensors as ANYmal, but unlike its competitor ARGONAUT designed to operate in pairs working in shifts. When the units are low on power they will return to a docking station to recharge.

The localization/relocation algorithm gives the robot a precision of one centimetre. The 3D simulator allows operators to safely control the robot from an onshore platform, making operations efficient and precisely.

The ARGONAUT was first deployed in April 2018 on Total’s onshore Shetland gas plant. Since then it has been relocated to the Alwyn platform.

The Empowered Remotely Operated Vehicle, E-ROV for short, operates remotely through an Ethernet connection, allowing operators to control the robot from anywhere in the world. Thanks to an on-board battery and subsea charging station, in addition to the Ethernet connection, the E-ROV can operate without a mother ship. This reduces the costs and resources needed for inspections, not to mention the reduction of carbon footprint.

The battery-powered robot is developed by Oceaneering International in partnership with Equinor. To supply the robot with power Equinor has also installed a fast 4G network on the Norwegian Continental Shelf, transmitting control signals and video via a buoy on the surface equipped with a 4G transmitter and receiver.

This offshore robot is designed to operate permanently underwater to perform inspections, repairs, and maintenance through advanced sensor technology. Eelume is designed as a snake-like robotic arm, giving the vehicle flexibility to transit over long distances as well as constricted spaces inaccessible by conventional subsea vehicles. The system provides a variety of payload modules to meet different demands. This allows operators to uniquely design the vehicle according to their specific operational scenarios.

Eelume was developed as a spin-off from the Norwegian University of Science and Technology (NTNU). The robot was first tested at the PREZIOSO Linjebygg Subsea Test Center near Trondheim, Norway in November and December 2016 and is estimated to be on the market in late 2019.

The HX clean & inspect robot is designed to, as the name suggests, clean and inspect tube heat exchangers on platforms or onshore installations without stopping the production. So far, these operations are done manually and often include chemicals, which requires the heat exchangers to be taken out of production.

With the HX clean & inspect, the production can be inspected and cleaned without deadlocks. The job can also be done in a more environmentally friendly way as it only uses water to rinse the system at high pressure.

The robot was developed by Erling Lunde and Anders Røyrøy at Equinor.

Microsoft Dynamics 365 for the aspiring entrepreneur