Whether you are new to trading or have already started on your journey, your long-term success is likely to be determined by your ability to perform some kind of technical analysis.

You can trade based on the latest economic and political news, but that is only part of the picture when we consider long-term profitability. Most trading brokers offer technical tools and charting for you to use – if yours doesn’t, now is the time to switch, and one of the most basic applications for trading is the candlestick charts. 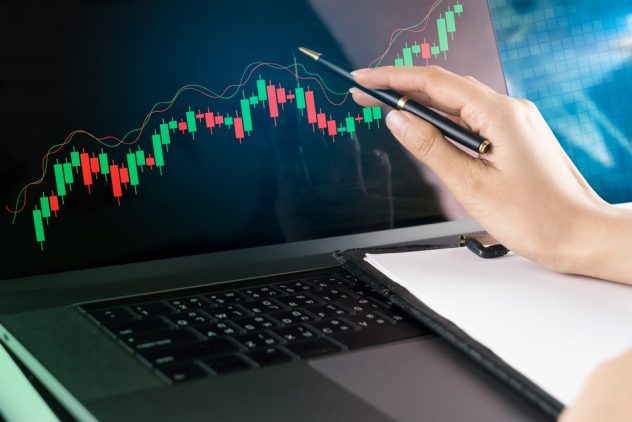 To the untrained eye, these can look confusing and daunting, but the good news is that once you understand what the candlesticks represent, it is easy to proceed with learning the different trends and patterns that they can show. Like a business deciding when to scale up its operations, as a trader, you will have more confidence to increase your risk when you have this theoretical foundation to your name.

So, first things first, if you aren’t already, you will need to sign up with a trading broker that offers candlestick charts to its users. Many of them do and, as one example, the ATFX reviews are good and reveal a broker that provides an excellent user experience across the board.

Then, we can start to get to grips with using candlestick patterns in our trading.

What is a candlestick chart?

Naturally, as a Forex trader, you will want to know how the price of a particular currency pair has changed over time. It doesn’t matter whether you are going long or plan on shorting, knowing where a pair has been – and where it may be heading – is crucial.

Candlestick charts provide a visual representation which, at the basic level, is easy to understand. Each candle shows the price of an asset over a designated timeframe, revealing whether its value went up, down or remained pretty much the same.

The charts are used to measure price action in the market, and can give traders insights into whether there may be a trend forming or a reversal coming – they will open and close positions accordingly.

What are the different components?

The chart is so-called because it is made up of individual structures that look like candles. In their most basic form, the body of the candle shows the opening and closing price for your given timeframe, while the wick of the candle depicts where the price went before rallying or retracting.

In the traditional colour scheme, a positive price move is shown as a green candle. Here, the value would have opened at price X before climbing to price Y – this is shown in green on the chart.

Conversely, a pair that opened at price point X before falling to Y will be a drop in value – shown as a red candle.

The wick shows the maximum amount of movement within the timeframe. So, let’s say you have set your chart to one hour, and you see a green candle that forms at 120.00 and finishes at 125.00 for the day. But you also see a wick ‘sprouting’ from the top of the candle’s body to 130.00 – that tells you that, at some point during the day, the value of your pair reached that £130 mark.

Again, the converse is true. The asset may open at 125.00 the next day, before closing with a red candle at 120.00. Wicks can descend lower than the body too, so if the wick points to 115.00, then you know that’s how low the value went during the day.

You can use the candlestick charts in as basic or as advanced a manner as you wish.

If you are new to Forex trading, to begin with, just become comfortable with what they show – you know the opening price of a currency pair, the closing price and – if there are wicks – where the price moved to. The longer the candle, the bigger the price range experienced.

More advanced traders use the candles as a precursor to their trading activity, and particularly where specific images or patterns are revealed.

Picture in your mind Thor’s hammer: it’s got a long, thin handle (wick) and a short, fat head (candle body). Let’s think about that from the candlestick perspective: a long wick downward shows that a negative price move was rejected, and the candle body at the top of the range indicates a favourable closing position.

There is also an inverted hammer – a typically negative pattern that shows a higher price point has been rejected.

A similar concept to the hammer is the shooting star, which features a long wick and a small candle body. These can be a bearish or bullish indicator based upon where the body is formed.

What are the most instructive candlestick patterns?

A candlestick pattern uses some of the visual clues identified above to create a consistent, ongoing trend.

A cluster of hammers, shooting stars and the like can precipitate a bullish trend when lower price points are rejected, but be warned that resistance – displayed by lots of upper wicks in a timeframe – can be a precursor to a downward trend.

Keep an eye out for the ‘morning star.’ Usually a bullish indicator, this is three candles in a row. The first is a negative move, the second is a ‘Doji’ (essentially a cross where there is a wick above and below a centred body), and the third is an upward move with a positive closing price.

There are many different candlestick indicators and patterns, and it would be impossible to cover them all! But this is just a flavour of how you can use candlestick charts to predict price moves, and thus add a greater degree of certainty in your Forex trading.

Trading CFDs as an entrepreneur – The good, bad and the ugly