Coronavirus caused endless damage in many fields. Starting from numerous deaths, through a large economy crisis in almost every industry, ending on people’s mental health issues and unfulfilled dreams and plans for 2020. Along with the shutdown, people increased their activity on the Internet and grown their interests in scarce digital assets, such as bitcoins.

According to top brokers, like trading 212, trading bitcoins gained huge popularity among the past few weeks. The question is how does the virus impact the cryptocurrency world. Is bitcoin price decreasing due to COVID-19? 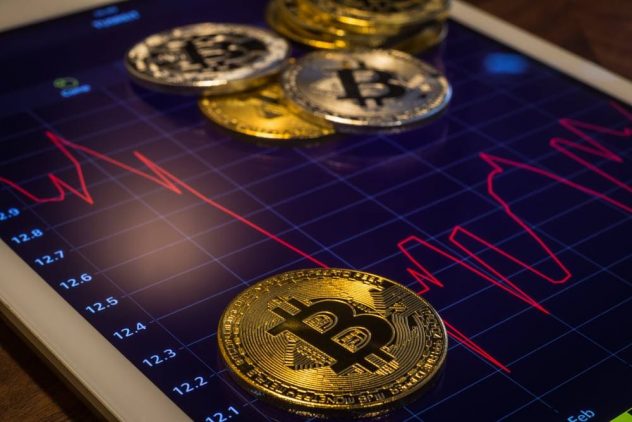 Trading cryptocurrencies is becoming more and more popular due to its dynamics and possible profit. In times when investing in traditional markets begins to be boring, trading bitcoins gained a big audience. Bitcoin arouses the greatest interest due to the rapidly growing exchange rate. However, you need to keep in mind that cryptocurrencies have their own rules and laws and any market fluctuations may cause a threat to them. You can’t compare bitcoin market fluctuations to the traditional ones on the currencies. Many people claimed that due to the growing epidemic would cause growing inflation in many countries. That’s why bitcoins supposed to become a safe place for a large number of investors. What is reality?

Unfortunately, the reality turned out to be brutal. This can’t be surprising to anybody as the spreading virus affected all the industries. According to the United Nations, the global economic impact of coronavirus could reach 2 trillion $. Even though the crypto industry exists in the digital world, it depends on the physical world by connecting people and running different meetings and events. Due to COVID-19, it all has been cancelled which means no profit.

The worst that happened for the bitcoin industries is a huge selldown that on March 12th managed to achieve a 40% crush on the crypto market. Coindesk.com posted information about bitcoin falls.

“UPDATE (March 13, 02:44 UTC): Bitcoin’s price briefly sank below $4,000 before rebounding to between $5,300 and $5,500 in a 30-minute period. The rapid price rise followed complaints on Twitter that crypto derivatives trading platform Bitmex had gone offline, though it is unclear whether this is related.”

The question is why such a big selldown? When the great assumption of a “safe haven” crypto industry appeared to be a total failure, many investors processed to a massive resignation from the bitcoin investment, and thanks to that, they contributed to weakening the crypto world exchange rate. Such a situation has been on for quite some time and caused almost none-players willing to buy cryptocurrency.

Another issue that might have weakened the bitcoin is people’s mentality. That’s right. When the COVID-19 infected all the social media, every single person has been hit by news from each side. No wonder people were afraid of making any investments when hearing horror scenarios about the future and its poor economy. Even though a big percentage of this “solid” news was fake, most of the people believed in it and spread panic all over the globe. Not to mention the investment budget, which quickly turned into money for a rainy day.

Yes, it will! Last week’s bitcoin halving did not have a spectacular effect on its price on the day the event took place. Nevertheless, the BTC has been rising for three days and currently stands above USD 9,500 on the 14th of May. This means that if you’re wanting to try and trade Bitcoin while it’s on the rise to try and maximise your profits then you might want to look at something like this Bitcoin Trader Deutschland page or those similar that can help you get into trading Bitcoin.

Bitcoin industry as every well-running industry has its own risk management systems so they are definitely gonna make it but the pandemic affection for the bitcoin price itself is a one big unknown. Now it is high time for the crypto industry to provide the solution to the flaws of the legacy economy. In fact, no one knows what is the next change in the cryptocurrency market and how the situation will develop, as well as how much time it’s gonna take to bring back the balance of the world’s economy.

To sum up, what is so surprising is the fact, that COVID-19’s range reached the digital world so much. Unfortunately, the crypto world did not pass the test and appeared to be a really risky investment for many believers. One thing is certain, instability will stay in the global market for a long time. I don’t mean only cryptocurrencies but all the industries which record great declines during the quarantine.

How to launch a business during a pandemic