If you’re searching around for help on dealing with debt, you’ve probably encountered several companies promising they can clear what you owe.

On the surface, this sounds great. After all, who wouldn’t want to just write off their debts? 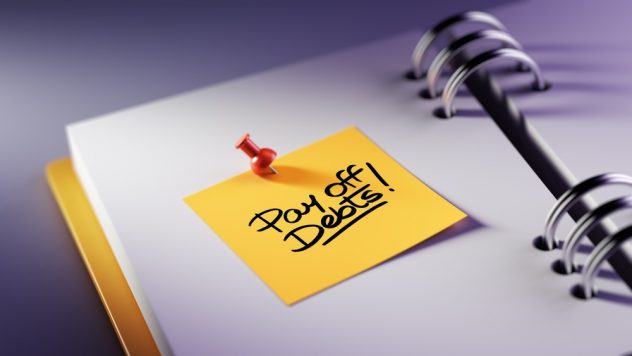 The thing is though, these promises are often just too good to be true.

In reality, there is no way to completely write off debts to creditors without serious consequences. Here, we detail the options and what to look out for.

Some companies use phrases such as ‘government debt advice’ or ‘government debt write off’ to imply their services are officially sanctioned. However, there is no such thing as a government body regulated to deal with your debts.

Although legislation has introduced such schemes as the IVA, debt relief order, and bankruptcy, that’s as far as any government involvement goes. Be very wary of firms attempting to use this tactic. After all, a company which is actively trying to mislead you into signing up to their services arguably doesn’t care about your situation. Rather, they are probably only interested in profiteering from your debt.

An IVA (individual voluntary arrangement) is an agreement between you and your creditors to repay what you can across usually five to six years. It is legally binding and, once the IVA ends, any remaining funds owed are written off.

The keyword here is “remaining”. An IVA cannot write off 100% of what you owe and it’s dependent on your financial circumstances as to how much you won’t need to repay. Similar to other financial solutions, there are also some caveats with this option. For example, your credit rating will most likely be adversely affected and missing payments on the solution can have negative repercussions.

Ultimately though, it can be a good option for many people. It’s worth determining whether an IVA is worth it based on your circumstances.

Of all the options designed to deal with your debts, this is probably the one which can write off most of what you owe.

Declaring bankruptcy means your assets and finances are placed under the control of an official representative. This individual will then use these to repay as much as they can. Therefore, under bankruptcy, a person’s property and possessions could be sold.

Although it does leave people with a ‘clean slate’ to rebuild their finances, declaring bankruptcy can have negative repercussions on credit ratings. In fact, you may find it challenging to get another loan approved for quite some time.

A debt relief order (DRO) is another option for writing off sums. However, it can only be used by those who owe up to £20,000, have no assets, and don’t have much income. When a DRO is taken out, it usually lasts for a year. After that time, if your financial situation hasn’t improved, most of what you owe will be written off.

Similar to the debt solutions above though, this arrangement will usually have a negative effect on your credit rating.

The truth about debt write off

Although some firms may make debt write off sound as easy as filling out a form, this option does have long-lasting consequences. This isn’t to say that it isn’t a bad way to deal with your debts – far from it.

However, it’s important to know what you’re getting into – and to ensure you’re not taken advantage of by a company which is only interested in your money.

Misconceptions about closing a limited company