January 2nd proved to be a shocking day for a lot of Bitcoin traders on Tuesday as the cryptocurrency suddenly fell by approximately 8% in a matter of minutes.

The Bitcoin drop happened within a matter of five minutes, starting at 14:45 UTC (10:45 Eastern). Bitcoin was sitting at $10,137 at that time and then the sudden sell-off resulted in a drop of $839 till 14:49 UTC when the new price was $9298. The price is currently sitting around $9600 as per the current Bitcoin price index. In some exchanges, the price went even lower with BitMEX recording an astoundingly low value of $8600. 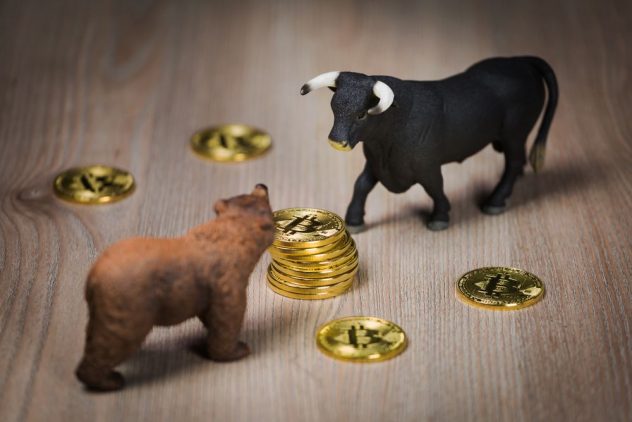 This sudden drop in value at a time when Bitcoin trading was in full swing means that a lot of traders are now stuck on the wrong side of the trading market. This is especially surprising for traders looking to buy since there was very good traction for growth and analysts even said that Bitcoin is expected to keep rising further, crossing the $11,000 mark. However, as it turns out, the buyers have not been able to sustain that growth and resulted in the selling spree that caused a massive drop in price. It is worth noting that the value of the currency has had difficulty keeping traction many times in the past as well when it came to reaching a value of more than $10,000.

However, the drop in price is not going to have any impact on the trading of Bitcoin in the coming days. The currency has provided a stable alternative for a lot of investors in a time when fiat currencies and stocks are completely shaken from the coronavirus. It is proving to be a great asset for protecting present and future inflation as well. The stability of Bitcoin for the most part is also a very appealing factor for traders looking to use it as a source for hedging against inflation.

There has been an extraordinary level of volatility in the price of Bitcoin in the last few months. And some people might question, is the Bitcoin Revolution over? However, ever since countries around the world introduced multi-trillion-dollar stimulus packages for saving economies, Bitcoin has seen an overall increase in value, almost double right now as compared to the value at the start of the year. There is also a strong “HODLing” trend among big and even small Bitcoin investors. Even during sharp falls, statistics shared by Glassnode show that more than 60% of the investors did not release any of their assets for more than a year now. This is because there is a strong belief that the value of Bitcoin will likely be growing in the coming days and months.

However, as is the case most of the time, a sell-off of Bitcoin also triggers a fall in other cryptocurrencies. This being a steep fall for Bitcoin itself, the resulting pressure on other cryptocurrencies has been quite heavy. Major drops were also seen in Ether and Litecoin, both showing a daily loss of 6% and 5% respectively. There were also some other currencies showing red flags including Bitcoin Cash, XRP, and Bitcoin SV.

Investors are leaving the stock market behind for Forex trades –...

Dominic Lill - June 24, 2019 0
The Forex market has benefited from a boost in appeal over the last few years, and there are many important factors that...
We use cookies. To learn more, read our Privacy Policy.Ok