With companies and significant corporations going all out to market their products and services, one might think if there is any kind of ethics involved to decide what is fair and just. However, you would be surprised to know that marketing ethics is not fiction, in fact, the term does exist and holds a substantial meaning to it.

Marketing ethics can be defined as the formulation of strategies where moral principles supersede all forms of communication; however, the need to sell products and services is still applied. In short, marketing ethics deals with the promotion of products and services without using false claims. It also refers to not invading the privacy of customers, and even going as far as to refrain from damaging a competitor’s public image with manipulation. 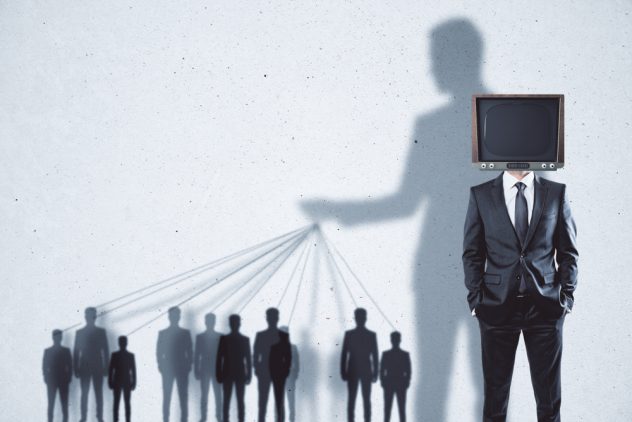 These collections of principles then form the right form of conduct that establishment practices and it also helps in shaping their current and future decisions. However, the question arises whether manipulation can be performed through the application of ethical marketing.

To unravel this dilemma for some, let’s take a quick look at some of the ways where manipulation can be justified through the lens of ethical marketing.

To understand what we mean here, we need to take a closer look at a marketing strategy known as ‘spamming’. In terms of digital marketing, spamming can be defined as an act of self-promotion where a company or an establishment indiscriminately sends unwanted information about their products and services to an extensive list of random email contacts. This assault manipulation tactics, though may work on a few but are ultimately detested by the majority. On the opposite side of the spectrum, we have prospecting. This is where creating genuine interest fits in. An ethical approach to communicating with a target audience is by understanding their needs rather than simply promulgating your offers and bombarding them with unwanted advertisements.

However, since spamming is relatively a less painstaking method to reach a higher number of audiences, companies with a little retrospective of their actions often indulge in this type of manipulation. Therefore if a corporation seeks to remain ethical in its actions, then it needs to follow the pathway that requires greater efforts on its part. By this, we mean careful analysis of the demographics, lifestyles, and pain points of prospects and evaluating whether your product is a good match for them or not before actively communicating with them.

Over the years, we have seen many organizations falling prey to marketing schemes where they are just encouraging the relay of false information to get the attention of their desired audience. An ethical approach would be to remain credible and trustworthy in your line of attack. Showing people a dishonest side to your efforts and blurting out plain lies in broad daylight might work in the concise run, but can damper your respect in the long run. By advertising realism, you need to be honest in your claims and statements so that they are based on reality and actual outcomes rather than projecting your products and services through pretence. Realistic advertising, in short, is where companies lay out the facts in a straightforward manner with nothing to project doubts in the minds of the viewers. Some of the best examples of realistic advertising include Avis, a car rental company in America admitting that it holds the second place in the market beaten by Enterprise Holdings.

Another company that opted to be real with their ad campaign was Volkswagen accepting openly that their original Beetle design did look a bit ugly. However, you still need to be able to make sales, and that is where your ingenuity as a company needs to kick in and turn the tables for you.

There are times when firms make the terrible mistake of listing the advantages of their products and services by simply fantasizing about them and blowing them up out of proportions. They can turn out to be downright scandals which the masses would eventually never forget to their sheer amount of distrust and disdain they cause for consumers and customers. One of the worst cases was for Activia a brand of yoghurt owned by Groupe Danone and introduced in France during 1987.

In 2010 according to ABC News, the company landed a class action settlement of $45 million. Their advertisements said that Activia contained special bacterial ingredients that were clinically and scientifically proven to boost the immune system of the human body along with digestion regulation benefits. The company used this gimmick so that it can charge its product at a 30% higher rate than other similar variants and counterparts in the market. It was not long that a consumer by the name of Trish Weiner lodged an official complaint and a judge in Cleveland soon announced a penalty. Not only that, but according to the lawsuit, Danone was also asked to remove the terms ‘clinically and scientifically proven’ from their labels. This goes to show that making false claims and promoting your products through dishonesty can truly bite back at you in a very tormenting manner.

One of the greatest aims of marketing is retaining a customer base and build long term relationships. However, as we have seen in the examples mentioned above, being honest throughout the years of your operations take considerable skills. Hence if one company decides to build long-lasting relationships with its clientele, then it needs to go the extra mile to do so.

Ethical marketing implies that you remain reliable and dependable without the use of manipulation. One of the greatest examples of building honest relationships can be seen in how Lane Bryant, a retail company in the US dealing with women’s clothing, redefined plus-size apparel. Their Cacique line of underwear openly declares that their products never met a curve line they didn’t like. Their tagline “I am no Angel” was a direct hit to their competitors Victoria Secrets where supermodels are often overly sexualized to depict what is hot and what is not. This brutal honesty in their campaign was able to win a lot of big and tall women in the market who often complained that underwear companies never included products specifically designed to meet their needs and requirements. It wasn’t long afterwards that Lane Bryant quickly became the talk of the town. To them, we say job well done, and mission accomplished, bravo!

When it comes to the basic definition of creating value for stakeholders, it is simply explained as offering the best returns on their investment which relates to maximizing net profits and cash flows. However, when it comes to marketing the value for stakeholders means an uncompromising attitude towards staying original, keeping away from copyright infringement, and abolishing plagiarism. Copying content from another company is never a good idea and shows how little intellect the company comprises of. Hence if you truly want to create value for stakeholders through ethical marketing, then you need to make sure that your ideas and their implementation are unprecedented and hold no comparison to similar products or services available in the market.

One of the most famous cases in recent times included that of Battlestar Galactica, a 2004 American science fiction TV series against the world-famous Star Wars franchise. It was first the 20th Century Fox that sued Universal Studios for copyright infringement regarding 34 distinct ideas that were stolen from Star Wars by the Battlestar Galactica show. However after considerable to and fro the case was resolved in favour of Battlestar Galactica when they countersued the Star Wars franchise for stealing several of their ideas from previous feature-length movies including the 1972 film titled Silent Running. As a Star Wars fan this does leave a bad taste in the mouth doesn’t it when you get to know the behind the scenes and the nitty-gritty details.

It goes without saying that the youth are quickly becoming more aware of bigger problems such as global warming and climate change. That is why there is an eagerness in the consumers today to find out brands and services that can help them to reduce their carbon footprint. Hence many companies are adopting changes in the way they operate to incorporate methods that can help them reduce the emissions of harmful gases into the atmosphere. In some eCommerce stores, you will find that they are now giving you the option for slower shipment that can help them consume less fuel as compared to express shipping and same-day shipping options.

As an ethical marketer, your task is to make sure that your marketing activities stay relevant to the current times, and that means the implementation of social and environmental considerations into all of your actions and activities, without manipulation of the data. One of the primary reasons as to why Tesla is able to show a great fan following in recent times is not simply because of an outstanding car that utilizes machine learning to make your trips better. Still, a safer option of travelling that offers zero emissions and helps in keeping the world a better place. So even if you are offering something enticing, it would be best to make sure that it’s ethically made and advertised as such.

It is quite clear that ethical marketing is not everyone’s cup of tea and pulling it off requires complete honesty with your customers, along with incredible transparency in your operations. A thing about business ethics is that once a professor coined it as an ‘oxymoron’ where one term contradicts the other. In short, what that professor told the student was that if you want to do business, then you cannot follow ethics or if you want to remain ethical, then sustaining a business without some kind of manipulation becomes nigh impossible.

However little did we know that ethical marketing and businesses do exist and the professor was just playing around with words to see if the young and bright minds of tomorrow held the conviction to bring change to the world and how the corporate sector is viewed by the majority of us. The world needs more ethical marketing, and even staying credible one can achieve manipulation of the audience.

Melissa Calvert currently works as a devoted Business Analyst at King Essay and marketing consultant at Assignment Assistance where higher education students can request professionals to write my dissertation and receive specialized assistance from experts. During her free time, she likes to explore nature and travel to exotic destinations.

5 creative ways to beat the competition by a mile