Being healthy should be your top priority and an essential part of your lifestyle. To enjoy all the things that life has to offer, your health matters. You are given one body and one life and everything or anything that happens with it is your responsibility. If something happens to your body and you are unable to function normally, your health fails.

Mismanaged waste is one of the things that could cause big problems for your health. Hundreds of thousands of people die and suffer poor health each year because of the problems caused by waste management. 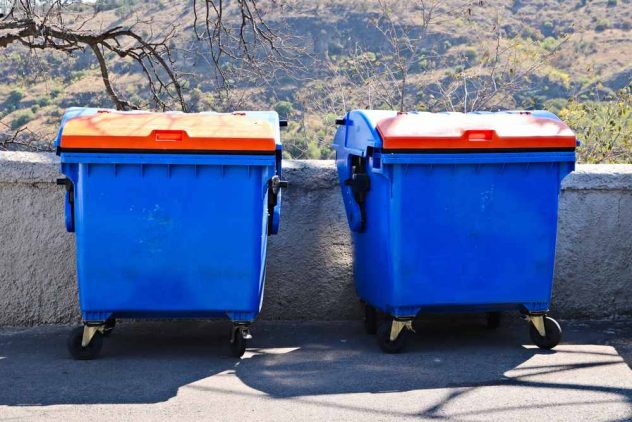 Municipal waste sometimes goes uncollected in poorer countries and the buildup of this waste could cause the rise of many illnesses. According to the charity Tearfund between 400,000 and 1 million people are dying because of a mismanaged waste. All kinds of diseases could appear because of such problems. Some of these are parasitic infections, lung infections, skin infections, HIV and hepatitis B and C viruses, candida, meningitis, bacteremia, etc. All these come from some sort of contamination (soil, air, water, etc.). A friend of mine, who used to work at a rubbish removal company, told me that the quality of waste management usually makes the biggest difference between healthy and toxic environment.

You can smell the contamination in air, which is at least obvious. Those chemicals such as bleach and all kinds of acids need to be disposed of properly, and only in approved containers. The pollution is caused by the mismanagement of solid waste from humans and their activities. This means that people make mistakes and/or have flawed disposal systems. The effect of this kind of pollution is the spread of harmful bacteria in the surrounding area.

Sometimes, people burn papers and plastics in landfills. This emits gas and chemicals that are destroying our ozone layer. There are also compounds called dioxins. This is a group of contaminants that are unintentionally generated during the informal processing of electronic waste. Methane gases are the result of wastes decomposing. And finally, there are landfills. The garbage in a landfill slowly decomposes. However, this process takes place in an environment without oxygen. Bacteria in the waste produce methane gas which is highly flammable if we allow it to collect underground. This is also an extremely dangerous greenhouse gas and it contributes to global warming.

Soil contamination happens when human-made chemicals are let into the earth. These poisonous chemicals can alter the natural soil environment. This is maybe the number one problem caused by improper waste management.

This can happen either by putting the waste into the ground, by using all kinds of chemicals in non-organic farming or because of some “fishy” industrial activity.

Take plastic bottles as a perfect example of soil contamination. They take time to decompose, and when they break down, they release a chemical called DEHA. This substance has properties similar to phthalates, the carcinogenic components found in BPA plastics. And just like phthalates, DEHA acts like an endocrine disruptor in the body. This substance affects our reproductive systems, causes liver failure, and weight loss.

This is why all of our communities need to encourage recycling.

Water is the source of life. Nobody can live without it. And somehow, we manage to destroy it. There all kinds of hazardous waste leaching into the ground, and in the end, into the water. We use this water for many things, from drinking it to watering local fields, and after that eating the food that we watered with that same hazardous substance. Some people also intentionally pour toxic liquid chemicals right into streams and other bodies of water. And yeah, this also means sewage water.

Untreated sewage water can threaten marine life (and any other life in that matter) that comes into contact with that water. It can destroy marine habitats such as corals and poison fish and other marine life we later on (possibly) consume. Exposure to these kinds of improperly handled wastes can cause some severe skin irritations, blood infections, growth problems, respiratory issues, etc.

Our stupidity and carelessness with the way of how we manage waste and garbage do not only affect us but everything around us. Animals suffer from these bad practices. Plastic and other kinds of waste are known to cause deaths in marine animals who consume them and animals who consume contaminated grass around the poisoned areas or landfills could get sick and die.

Mosquitoes and rats are two groups that thrive in filthy areas. The accumulation of all kinds of garbage and waste attracts pests such as rats, mice, and insects. This increases the risk of mosquito-borne diseases such as West Nile, Dengue, chikungunya, and Zika virus. On the other hand, rats love landfills and sewage alike. They also carry diseases like leptospirosis and salmonellosis.

Stress in the workplace: How to tackle the taboo topic