Bitcoin was created as an alternative to government fiat currencies and has since gained traction as one of the foremost global currencies. As such, instead of merely speculating on the cryptocurrency investments, you should be able to use Bitcoin to pay for your everyday purchases, without involving banks.

But, can you spend an entire day shopping with Bitcoin as your sole means of payment? What can you buy with Bitcoin anyway and where? Just like traditional currencies, cryptocurrencies are intended to be used for daily transactions. However, once people buy into the idea that if they’d purchased $100 in Bitcoin back in 2010, they’d have $75 million in 2017, they tend to view cryptocurrencies more as investments. 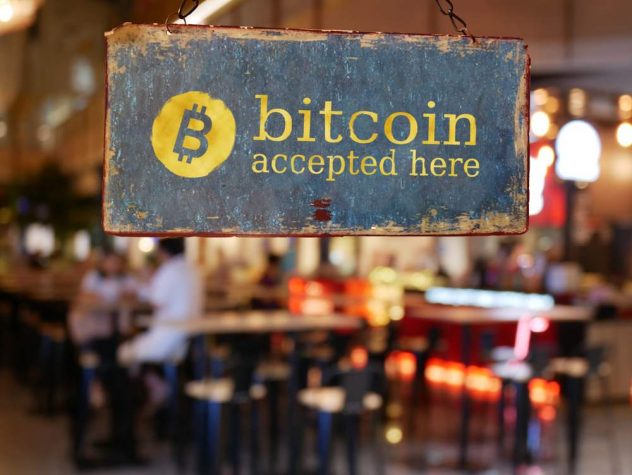 The price volatility and extended transaction times also make it challenging for most vendors to accept Bitcoin as a form of payment. Consumers are also less likely to buy a £250 pair of shoes using Bitcoin when their coins might be worth £300 the next day. Granted, Bitcoin still has a long way before it can become a widespread means of payment. Nevertheless, if you’re looking to use Bitcoin for some of your daily shopping, here are some of the things you can buy.

Areas, where Bitcoin has been ‘normalised’, include travel, iGaming and even charitable donations. It has not yet aligned itself as the only alternative to traditional currencies such as the Pound, Yen or Dollar. However, the number of places that accept it as payment are on the rise. While most of these are online, don’t be surprised to find your local supermarket accepting Bitcoin in the near future. One of the strengths that have made cryptocurrencies very popular is the ability to make transactions in total anonymity. This is possible thanks to an efficient encryption system, called 2048 bit RSA, already successfully applied by online casinos for their software. That’s the level of security we consider when we are on specialised review sites like casino.xyz looking for Bitcoin accepting operators within the iGaming industry.

Because Bitcoin is so fascinating, yet so volatile, big companies tend to shy away from using the cryptocurrency payments. For example, in 2017, Dell and Steam stopped accepting this digital currency, citing price volatility. But some smaller establishments create a lot of buzz with niche audiences by allowing customers to pay using Bitcoin.

Depending on what you’d like to buy, just doing a quick Google search can lead you to several such online shops. Microsoft users can also now use Bitcoin on the Windows and Xbox Stores. Expedia is a company that helps people book flights, hotels, and cruises, but is known for taking Bitcoin payments for booking hotels. Making donations in Bitcoin is also now gaining steam. Recently, organisations like Red Cross, Wikipedia, and UNICEF, have partnered with Coinbase to allow for bitcoin transfers.

What can you buy with Bitcoin online?

After finding several stores that accept Bitcoin, the next question would be, “what can you buy”? Well, depending on the store you’ve chosen, quite a lot. Etsy, a popular eCommerce site, has plenty of sellers that accept Bitcoin. Other items that you can get include pizza delivery (PizzaForCoins), travel and hotel (CheapAir), and dating agency payments (OKCupid). If you’re looking to spruce up your home, you can buy furniture and home décor using Bitcoin from websites like Overstock. Gamers and IT buffs can also purchase gaming consoles, computers, and more on the electronics retailer, Newegg.

How to use Bitcoin at local stores

Bitcoin isn’t quite a common mode of payment in physical retail stores, and the transition is likely to take time. However, as a marketing strategy, or because they genuinely believe in the future of Bitcoin as a payment method, some physical stores accept the cryptocurrency. Blockchain addresses are built more for security than making them easy to remember. Therefore, these merchants are using computers and apps to scan wallet keys and QR codes and make payment much quicker than before. Such places will usually have “Bitcoin Accepted Here” signs on the window, or the Bitcoin logo. Consumers who are looking to spend their Bitcoin also have other options, such as using cryptocurrency cards. They may also get cash from cryptocurrency ATMs like Coinsource.

Do you have a few Bitcoins you’d like to spend, but you’re not sure if any shopping near you accept the cryptocurrency as a mode of payment? Some websites have an updated virtual map of places that take Bitcoin payments when shopping. For example, Coinmap lets businesses who take Bitcoin add their addresses, so potential customers can quickly locate them. Some big companies have also dipped their toes into Bitcoin payments in the past. For example, KFC launched a limited time “The Bitcoin Bucket” offer in 2018. The product quickly sold out, which is a pretty good sign, if any big stores would like to roll out such products full-scale.