A nice and interesting way to earn money can be to grow and sell rare and exclusive plants.

People will pay a lot for beautiful and rare flowers and the only thing you have to do is to invest some of your energy to find, care for, and propagate these rare plants and it can get a bit expensive. 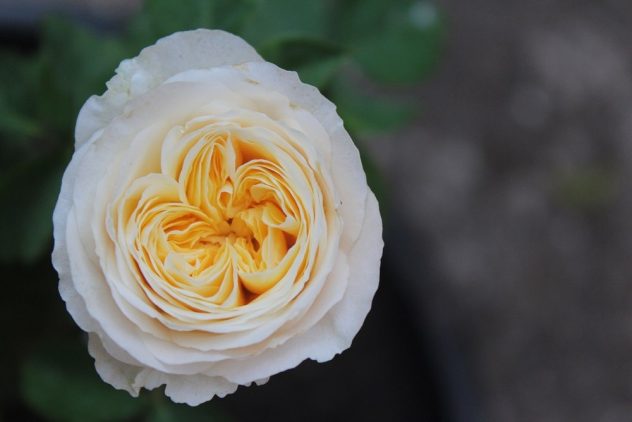 Of course, you will often have to spend some money to buy mother plants but you will earn back all that money by selling plants that you propagated from your plants.

Why are flowers so expensive?

There are many reasons for this. First of all, flowers are extremely fragile and thus, difficult to grow. Some of them are extremely rare or more beautiful than others. On the other hand, flowers are often imported and must travel across entire continents until they make their way from fields to florists. And according to our florist friends, there are flowers that no money can buy.

The most expensive flowers in the world

The cost of flowers varies from country to country, region to region, etc. Orchids in Hawaii are much more reasonable than, for example, Colorado. You need to pay for transport, refrigeration, extra care during transport, etc. However, there are some flowers which are extremely expensive wherever you are at the moment and whatever the current season is.

The Lily of the Valley (Convallaria majalis) is often available in the spring at garden centers, usually sold in groups of pips or crowns. It is a woodland flowering plant with sweetly scented, pendent, bell-shaped white flowers borne in sprays in spring. You can find it in the cool temperate Northern Hemisphere in Asia and Europe. The scent of this flower is so nice that the French firm Dior produced a fragrance simulating Lily of the Valley. This flower was Christian Dior’s most favorite flower.

Lily of the Valley is a very popular flower. It has been used in weddings and it can be very expensive. It was featured in the bridal bouquet at the wedding of Prince William and Catharine Middleton and it was also chosen by Princess Grace of Monaco to be featured in her bridal bouquet too.

This flower, like many others, has a couple of different names. The most commonly accepted is Lisianthus, even though it’s also referred to as the eustoma or prairie gentian. It is a small, elegant, rose-like flower native to warm regions of the southern US, Mexico, Caribbean, and northern parts of South America.

These flowers are tricky to grow and require some maintenance.

The Lisianthus blooms during the entire year and can grow up to 5cm in diameter and 60cm in height. They come in a large variety of colors from white, lavender, and blue-violet to purple. The Lisianthus can survive up to a few weeks and its short lifespan is one of the most important factors that dictate the price.

This unique flower costs about $35 per bundle.

Crocus Sativus (saffron crocus or autumn crocus) is best known for producing the spice saffron from the filaments that grow inside the flower. It is one of the most expensive spices by weight. In fact, with a gram, 0.035 of an ounce, of the sought-after spice selling for up to $80, saffron is more expensive than gold. The main reason for this is that harvesting is very laborious.

Saffron crocus or Crocus sativus is a perennial plant. The flowers bloom in the autumn. The flower itself has always been interesting for researchers throughout the world, even though it is native to Greece. The flowers have a sweet, almost honey-like fragrance. Each plant bears up to four flowers and each flower sports a red stigma.

Saffron is the most popular in India.

This orchid is widely known as the Rothschild’s Slipper or the “Sumazau”, but the locals call it “The Gold of Kinabalu” because of the plant’s high value and rarity in Kinabalu National Park. The second name was given to it because its shape resembles the arms of someone participating in Sumazau, a traditional type of dance in the Malaysian state of Sabah where you can find this orchid.

This species of orchid was not discovered until 1987. The flower only grows on the slope of Mt. Kinabalu between 500 and 1,200 meters of altitude. It is an endangered species and protected by the Malaysian Government. It is highly forbidden to pick this flower up in the wild. The plant is only on the “black market” at a price of up to $5,000 per stem.

This is, hands down, the world’s most expensive orchid. This new breed of orchids was developed by a group of scientists from the Shenzhen Nongke University in China in 2005. The first Shenzhen Nongke orchid was auctioned for 1.6 million Yuan ($226,301.92).

It took scientists almost 8 years to grow and observe this flower and its breeding process. It is also interesting that this flower only blooms every 4 to 5 years.

Although you can find Juliet rose for less money now, the initial price for this flower was $5 million. That is the exact amount it cost David Austin breed and produce the peach-colored breed. He was determined to create a flower that looked like old garden roses with a beautiful scent. David spent 15 years developing this flower.

It debuted in 2006 at the Chelsea Flower Show, and everyone was shocked by both, its beauty and the price!

Epiphyllum oxypetalum, (AKA the Queen of the Night, AKA the Kadapul Flower) is a species of cactus and it is the most expensive flower in the world. It rarely blooms and only at night. The interesting thing is that its flowers die off just before dawn.

In Japan, this flower is known as “Beauty Under the Moon”.

The flower starts blooming around 10 pm and continues to bloom for two hours. Soon after it fully blooms the flower starts to fade and completely wilt just before the first lights of the dawn. And it dies immediately if you pick it up. This is why this flower is the most expensive in the world. It is the rarest and the most delicate flower there is.

Why to consider a garden office for work