As the concept of augmented reality finally begins to manifest into the commercial sphere, many may be wondering about the potential legal issues to be aware of, both developers and virtual users alike. It’s only natural to have questions, considering that any new kind of technology brings a set of legal risks to consider.

Specific to augmented reality will be legal matters such as regulation of intellectual property, including copyright infringements, and other matters such as terms of service agreements, non-disclosure agreements (especially regarding app code), and many other pitfalls. 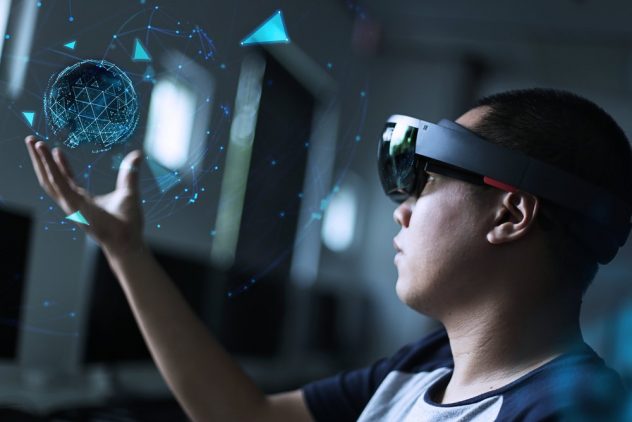 In this article, we will highlight many of the potential legal issues we may all face regarding the augmented reality, whether you’re a virtual user, an app developer, or a copyright owner.

To start, maps and location tracking are going to be a big part of augmented reality. We saw this with Pokemon Go, which tracked users positions in the real world, and showed them nearby “PokeStops”. The problem, which actually became a class-action lawsuit against Pokemon Go developers Niantic, was that many PokeStops were found on private property, leading to Pokemon Go players trespassing in many cases.

Furthermore, despite popular belief, maps can actually be subject to copyright, in certain instances. It’s a common belief that maps only contain publicly available information, for example, a traced map of the United States. This would not be considered sufficiently “creative” enough to meet copyright standards.

However, the way the information is presented on a map may qualify as creative expression. So, could you scan one of National Geographic’s gorgeously rendered world maps into an augmented reality app, without asking permission from National Geographic, or at least attributing them? It’s, in fact, a very complicated topic.

What also may be subject to copyright are the compilations of presentation and data. For augmented reality, this means various features of AR interfaces, such as the overall appearance of overlay HUDs and menus, and the way a user interacts with them, including special effects.

Another delicate issue is trademarked property being reproduced in a virtual manner. For example, let’s talk about the popular online multiplayer world, Second Life. It is a virtual world where users can recreate pretty much anything they want, by importing 3D models, photographs, music, logos, etcetera.

So here’s where things get tricky. We all know the old debate about “fan art” and copyright infringement. But Second Life allows users to sell their creations to other players. So we can imagine the potential legal issues if a player were to open a virtual clothing store and sell virtual clothes to other players bearing the trademarked logos of brands like Louis Vuitton, Gucci, Nike, Reebok, etc. There have also been cases of players suing each other over content theft, which often result in out-of-court settlements.

It’s easy to imagine this becoming a problem with augmented reality, especially with the rising prevalence of “photo filter” apps. We’ve all seen the cute Instagram filters that put puppy ears and hipster glasses over your face. But now imagine an augmented reality app that dresses you in branded clothing, without permission from the brand companies.

This is mostly pretty obvious, common sense stuff. Most people know you shouldn’t develop an app that puts Nike hats on people’s heads, without permission from Nike. But there are people out there who will do just that, and that’s because of the immense variance in intellectual property laws around the world.

What is considered intellectual property in the United States, for example, may not be considered intellectual property in China. This can leave copyright/trademark owners with little recourse of action. Furthermore, virtual users can sometimes claim “no commerce” exceptions under trademark law, or the similar “fair use” exception under copyright laws, which again vary by country.

One potentially contentious issue we will see with augmented reality will be in regards to 3D models and game assets. We’ve already witnessed this with 3D printing. Let’s go over some concrete examples first.

Going back to the old “fan art” / fair use debate, there really is no such thing as “fair use” of copyrighted characters, at least in the public sphere. We’re about to make a lot of references to Disney characters, so be prepared, because Disney has drawn a lot of criticism for going after “fan art”.

Many art portal websites, such as DeviantArt, host a lot of fan art content. They generally get away with this, based on the de minimis concept – a Latin expression which basically means “the law does not concern itself with trifles”. In other words, nobody really cares about a colored pencil drawing of Mickey Mouse, posted by a DeviantArt user. It is so insignificant in the grand scheme of things, even the courts couldn’t possibly imagine Disney raising an issue about it.

But the introduction of 3D printers introduced a whole new problem. With 3D printers, users can freely download 3D models from the internet, and print them into miniature models. So here’s what’s been happening. If you go to websites that host models for 3D printing, such as Thingiverse.com and search for characters like Darth Vader or Groot (a popular character from Disney’s film Guardians of the Galaxy), you’ll undoubtedly get hundreds of results.

Here’s the problem – people are downloading these 3D models and turning them into physical, material figurines using 3D printers. Disney makes a lot of money from selling toy figurines of their characters. So even though users are uploading these 3D models as a type of “fan art”, it actually has the potential to hurt Disney’s sales – because who will buy a Darth Vader action figure, when you can download a 3D model and print one?

So in regards to augmented reality, this obviously has implications. If somebody develops a first-person shooter game for AR, using Star Wars stormtroopers as the enemies, Disney will obviously have something to say. Even if the developers released it as a completely free app, it would have the potential to hurt sales of officially licensed Star Wars games.

This brings us to the point of creative studios that actually design and lease 3D models and other game assets, such as sound effects and textures, to game developers. Because it can actually be very expensive and complicated to create 3D models, most of these companies, in fact, retain the IP rights to their 3D models, which is why they lease instead of sell. This allows them to keep the original 3D models, and add minor tweaks by request from other game developers, instead of having to create new models from scratch.

So we will potentially be seeing some fair use/copyright claims in regards to augmented reality games, surrounding 3D models, textures, and other game assets.

You can design your prototype in under 24 hours!