We hope that nobody ever told you that investing in the cryptocurrency market would be easy. If they did, they were liars, and you ought to have serious words with them at your next opportunity.

Crypto has been a revelation to the world’s financial markets and has made many people very rich, but it hasn’t been a success story for everybody. For every individual who’s become a millionaire thanks to trading in crypto, there’s also someone who invested too heavily and lost everything. That’s probably true of trading in any kind of stocks, but doubly so in crypto. 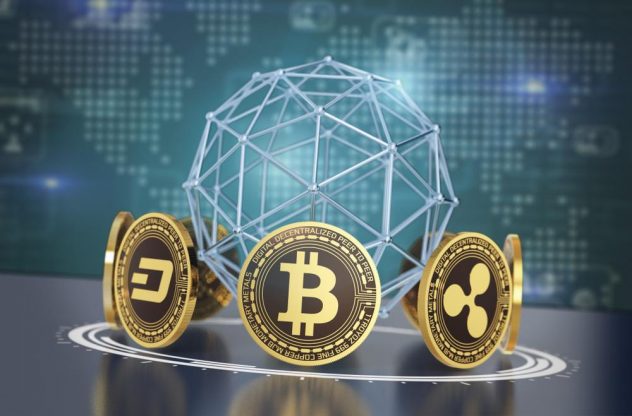 Much of the public’s enthusiasm – perhaps including your own – for trading in crypto comes from Bitcoin success stories. Even now, with all the volatility the currency has shown in recent years, we occasionally see articles that tell us how much money we’d have now if we’d spent just one thousand dollars on Bitcoin a few years ago. The message of those articles is usually the same; Bitcoin is still on the up, and it’s still the right time to invest. Worse still, if you don’t invest right now, you’re missing out!

Because of articles like that, recommendations from friends, and a general desire to try something new, there are thousands of people who currently own Bitcoin or other cryptocurrencies and don’t really know what to do with it. They hold onto it because of a vague belief that it might spontaneously increase tenfold in value overnight, but aside from that, they don’t have a clue why they have it. If that sounds like you, you might be ready to sell it and move away from the market. Here are five signs that it’s time for you to ditch your crypto holdings and make a clean break.

You still don’t really understand it

A survey carried out among Millennials a couple of years ago revealed quite an astonishing finding. It demonstrated a high level of enthusiasm for cryptocurrency, along with a strong desire to buy it if they didn’t already own any. It also revealed that a majority of the people surveyed didn’t really understand the concept, or how it worked. It’s obvious that people believe they should have it, but they can’t adequately explain why. If you’ve got Bitcoin or another form of cryptocurrency, but you don’t know how it’s generated, what factors might affect it, what a ‘halving’ event is, or anything else about it, you should probably get rid of it. You wouldn’t buy a computer if you didn’t know how it worked, so why buy a currency?

Firstly, welcome to the stock market. It’s a form of gambling. The levels of self-delusion people go to in order to convince themselves that investing isn’t gambling are surreal. We’re not saying that playing the markets is the same as playing jewel online slots, but we’ll happily say that you’ll sometimes get a better chance of success playing an online slots game than playing the markets. At least there’s a predictable rate of return with an online slots game. The markets are basically a law unto themselves. We do understand why people sometimes feel that crypto is a bigger gamble than regular currency, though. It’s highly volatile, and it sometimes shifts for reasons that can’t be understood by anyone other than the most dedicated of experts. If spending on crypto feels like gambling to you, you might as well sell your holding. At least you’d have some money to play online slots for real that way.

Nothing seems to be happening

So, you bought Bitcoin with a general understanding that once you bought it, it would magically grow into one million dollars’ worth of asset, and then you’d sell it and retire early. You’re now extremely disappointed and perplexed that this hasn’t happened, and in fact, your Bitcoin or crypto appears to have done almost nothing since the day you acquired it. If it’s any consolation (we suspect it isn’t), you’re not alone with this feeling. To make big money out of crypto, you have to trade it, trade it, and trade it again. Buying one stock and sitting on it forever doesn’t generally work, and if it does, you should sell immediately before whatever miracle just occurred undoes itself. If you’re not happy with the performance of your stock after several years, get out and buy something else instead.

Very few forms of trading get written about as much as crypto trading. We’ll hold our hands up and admit that we’re part of the problem in this respect, because we’re doing it right now. The world is full of crypto nay-sayers, and they love nothing more than predicting the end of the crypto market. We’re constantly warned that any rise in value is a bubble and that the price of crypto is due to drop. We’ve even seen it drop a few times sharply and then recover in recent months. Those of you who have spent big on cryptocurrency and feel your hearts fall into your stomachs whenever there’s a price drop probably feel like you’re on edge all the time, and that’s to be expected. It’s also a good reason to sell your stock. Investing should, at least on some level, be fun. If it isn’t fun and it’s making you anxious on a regular basis, stop doing it to yourself. Your health is far more important.

You did what you wanted to do

Most people have an objective when they invest money. They have a specific purpose for the proceeds of their investment in mind, whether that’s funding their retirement, buying a nice car, or upgrading to a bigger house. Some of you might have been lucky enough to achieve those goals already. That’s when greed can get to you. If you invested ten thousand dollars with the intention of growing that investment to twenty thousand, it can become tempting to stick around and see if you can make it to thirty. That’s how people get caught out. They don’t know when they’ve already been on a good thing, and they hang around for too long. If your investment has already done the thing you set out to do, congratulate yourself on being one of the crypto investment winners – and come and collect your winnings. Let someone else have a try!

Trading crypto in a way that’s going to generate big returns requires extensive knowledge, daily maintenance, patience, and nerves of steel when the market becomes erratic. It’s categorically not for everyone, and if it’s not for you, there’s no shame in that. There are a million things you could invest your money in instead, so go out and find something more suited to you!

Is the online bingo market growing in the US?

What makes the Gold Cup such a big event?

Dominic Lill - March 17, 2017 0
We chat to Mark Salter, CEO of baby food brand for aisha who has 20 years of experience bringing leading food and drink brands...