The usage of blockchain technology is increasing year after year and the whole world is joining the league. Especially, European countries out of which some have made huge innovations in the space that has transformed the fate of this whole blockchain industry.

Let us see what some of the most promising UK and beyond blockchain startups to watch out for in the year 2020: 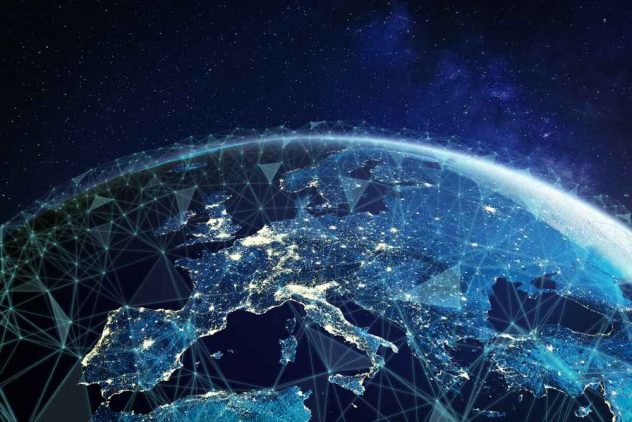 Founded in the year 2016, this Belgium based startup has since then received an incredibly huge funding of over €5 million in just a few years. Its focus remains clear on democratizing blockchain to make it an acceptable and significant part of the regulated business environment. To make Bitcoin the currency of the future it provides blockchain base solutions to design, build, develop, and integrate blockchain systems. It provides easy and simple services to companies who are working in the same space.

This Switzerland based startup founded in the year 2017, has gone a step ahead and brought blockchain technology to education. It has questioned and transformed the education system by making it universally available and accessible at an affordable price. It has worked further to bring verification and authorization to the currency to make it easily transferable without any issue. It built a learning platform in the same space which is being promoted.

Bitcoin Lifestyle is a UK startup bringing a transformation to the trading industry. Using the blockchain infrastructure to predict price fluctuations, which in return generates profit for investors. It’s focused on making trading cryptocurrencies making the process hassle-free and easy to use for every investor.

Founded in the year 2018, this Lithuania based startup has become one of the most recognized and renowned blockchain startups to watch in 2020. Its applications are based on the blockchain decentralized approach where the focus remains on peer-to-peer computer networks, open ended transactions wherein the open source code is transparently deployed via blockchain. It has even gone a step ahead and took the due steps in security measures by filtering out fake and unauthorised transactions making it secure.

Founded in 2016 this is one of two Berlin based startups and has became the world pioneer in digitizing the equity in the blockchain space and offered its first round Equity Public Offering. That was a ground-breaking step and will shape the course of the future that lies ahead of blockchain. Its introduced equity is live on the FTH tokens and it has successfully bridged the gap between an on-chain token for blockchain legalizing its transactions locally.

Founded in the year 2018, this London based startup has brought a totally new technology in the blockchain space which is called as the DLT (Distributed Ledger Technology). It is a dedicated platform for companies in the legal space and has till now received a good response. It is a significant platform in today’s time especially when the law regarding blockchain technology varies across the globe. This single platform will give users information on the laws of different countries regarding virtual currencies and the regulations they should be careful about. It even has its inbuilt support system where users can get advice and consultations. They can even find the most suitable lawyers in the country they want to deal in and be prepared for all the legal obligations already.

Another unique idea that was introduced in the blockchain space is Authenteq. This Berlin-based system has created and provided a cost-effective way for blockchain users to verify their identity without using any intimate personal information. It is one of the blockchain startups that provides a cost-effective way for users to verify their identity. It is just a minute-long verification process that works without using any data entry. The verification system is total user-owned and user-controlled giving the total control of their online identity to none other than them.

This peer-to-peer lending platform which has combined gaming, social media networking and AR into one creating a one space for all your needs. It has created a unique platform where people can lend their money to peers from all around the world helping those in need and creating a trust-based lending system which could help lift many out of poverty.

Imagine your blockchain transaction history serving as your identity card. This is what Colendi does by democratising the credit scoring history of users and evaluating it and making it a global financial passport which has its validity in all parts of the world. It has made global banking and micro-financing any easy thing to do with this financial passport available. It is suitable for all kinds of small to large business making it a one system good for all.

What happens when a business goes bust?