Bitcoin is one of the forefathers of cryptocurrency and has been gaining quite a fair amount of attention. One of the biggest hits that it sold on as it will help people access money without bank accounts. The World Bank stated that around 1.7 billion people are not using banks, way back in 2017.

The continents of Africa and Asia house most of these people, who are deprived of the traditional method of finance rolling, this creates an economic disparity. They mostly use cash when they purchase goods or services. Hence this causes a financial void from the non-banking class. Do you think cryptocurrency can bring an end to this financial oppression? 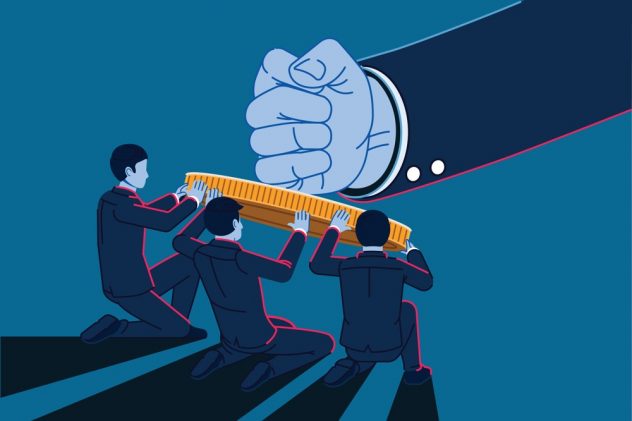 Why are people not using banks?

These people are facing a number of issues before they can even enter into the finance sphere. It is only common that maximum people face financial hardships that keep them from banking. Around 900 million people are still living on less than $4 per day. This means that these people can’t access the banks with much less income. The banks demand a fee for opening up a bank account that has also been listed as an issue.

Further, there are fewer institutions for completing certain tasks. What I mean is, there are almost 27% of people who live too far from government institutions. These people cannot easily get documents such as passports, birth certificates, and others. Even though they can manage the papers they need the banks are too far, and these people are remotely settled who don’t live their house to go far.

The issue of profit remains unclear for some of the cryptocurrencies. It is true that people are gaining profit from bitcoin’s price increase, however, no authority prevail on the currency, unlike the banks.

How will cryptocurrency bridge the financial gap?

Cryptocurrency can help migrate some of the issues mentioned in the above paragraph. Bitcoins come offers far fewer barriers of entry, unlike a bank. Now you might be thinking that bitcoins can be hard to obtain, but you can buy a piece of a Bitcoin for $4 and dispatch it to anyone, located anywhere. Till they have a Bitcoin wallet they can receive and send money.

Distance has stopped being an issue since the internet connects us to everything on this planet. There will be no requirement for anyone to travel distances to reach banks or institutes. On the contrary, the downside of this digital cash is, you will have to stay connected with the internet to access this cash.

There are many people in the south who are might have to go through inflation, one of the biggest examples is Venezuela. Bitcoin can help prevent these kinds of depressions of economic inflation. However, the bitcoin price plays a major role in determining this not substantial drops.

It looks like, bitcoin can solve a significant amount of problems left behind by the banks, including financial oppression, but has it actually done anything?

Cryptocurrency has been doing its part of community service. Many citizens have turned towards bitcoins as an alternative to deal with the dire economic health of Venezuela. They have started using bitcoins for protecting their wealth, however, they use it for everyday payments as well.

Some cryptocurrencies have raised their voice for helping the unbanked by providing them with trading services in the Middle East, South Asia, and Africa.

One of the UN research has also pointed out that cryptocurrency can become a unique borderline for Africa, as the interests are high on the continent. This still has potential risks, as the scammers are ready to target the south once the operations begin. This can obstruct the growth of cryptocurrency in the near future.

What can you do to contribute?

Bitcoins and other cryptocurrencies have yet not succeeded in gaining the mass attention that it deserves. If you want the world to change the first step is to believe in it. Like many, you should start investing in this sector just by visiting https://bitcoin-lifestyle.app and start trading today. Once we all start contributing to this phenomenon bridging the financial oppression gap will not be uncertain anymore.

A guide for loans with a guarantor

How business people use their cryptocurrency savings to make passive income