The support of cryptography has made it possible for cryptocurrencies to coexist in the world of material cash. We have seen it change from being a theoretical concept to virtual reality when bitcoin was created in 2009.

The following years were quite profitable for bitcoin, however, it gained significant recognition by 2013, April. It made the news when it recorded a peak of $266 per bitcoin after bursting into 10-folds for May and June 2013. Bitcoin has seen the days when its value has peaked over $2 billion, contrastingly it faced a 50% plunge which triggered a debate about the future of bitcoins and other cryptocurrencies. Hence, the question still remains, whether digital currency will as ubiquitous as fiat currencies or not in the future. 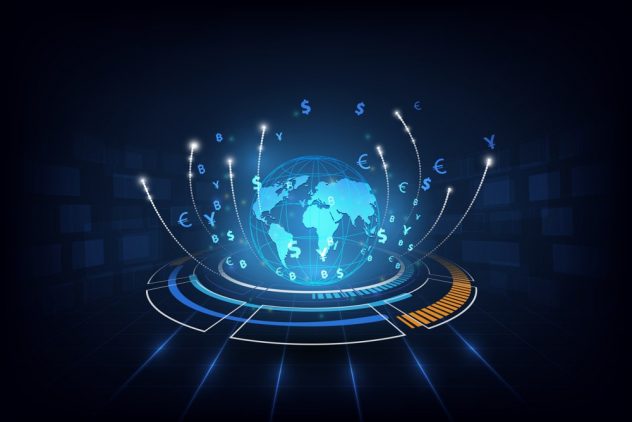 There is curiosity about digital currency being just a passing phase that is here for a short time, not something to consider for the future. The answers can only be given by the bitcoin value.

The future of digital currency

Some analysts are high spirited about a change coming cryptocurrency’s way. There is a certainty that crypto will make an appearance on Nasdaq, this will further bring a difference adding credibility to bitcoins and its users. While some say that all the crypto needs are a verified exchange-traded fund. The ETF will make it easier for people to make investments in bitcoins, however, the demand needs to go up for investing in crypto. This, on the other hand, will not get generated automatically along with the fund.

Bitcoin is an online currency i.e. decentralized; this can be used by the users to access the peer-to-peer networks. This will further enable you to perform transactions, issuing currency, and the verifications that will be performed by the network. The bitcoin system is free from the government’s attention giving you a platform to trade freely, on the contrary, this body not being controlled by a central body pushes it to unauthorized currency exchange.

As you might know, bitcoins are made using the mining system, by solving equations and crunching numbers, further being encrypted with cryptography. Presently, bitcoins are being created at a rate of 25 per 10 minutes and will be priced at 21 million, a benchmark i.e. expected to be reached in 2140.

How the future of bitcoin looks like is a very debatable topic yet we can see the advancements that it is making each day. As the financial media has rapidly increasing members of bitcoin users who are looking out to convert other people as well. Prof. Kenneth Rogoff of Harvard University teaching economics and public policy has suggested that the overwhelming emotion of the crypto users will push the market boost in the crypto society and result in an explosion over the next five years with a raise of $5 to 10 trillion.

The asset class has historically been volatile that that is no reason for panic, he said. Yet, he optimistically emphasized that the evangelists of crypto see bitcoin as online gold, saying that its long-term value is to go up to $100 than $100,000.

Rogoff continues the debate saying that unlike gold bitcoin can only be used to make purchases and transactions; this situation makes it even more vulnerable and susceptible to further damage. Furthermore, the energy-incentive verification of cryptocurrencies is not that efficient than processes that rely on a central authority.

The decentralized and anonymity of transactions have made bitcoin a hub of illegal actions that include drug peddling, money laundering, weapon sell, and smuggling. This, on the contrary, has attracted the government’s attention and regulatory bodies like the Financial Crimes Enforcement Network (FinCEN), FBI, SEC, and the Department of Homeland Security. In March 2013, FinCEN authorized rules defining online currency administrators and exchanges as money service businesses, bringing the cryptocurrency society under the supervision of the government. Many companies have been shut down, who had disobeyed the anti-money laundering laws. They also checked all the companies and issued subpoenas to 22 new finance companies, many of which handled bitcoins, enquiring about their steps on preventing money launder that secures a customer’s journey.

If you are thinking about investing this is the best time. Like everyone else, you will be able to make a btc loophole app very easily. Open your account and start earning now.

The challenges of running an affiliate marketing business