We’ve all heard of the glass ceiling when it comes to women succeeding in the workplace. Coined over 40 years ago, the term refers to the invisible barrier many women experience when trying to progress in their careers.

From equal pay and opportunities to progress, through to the number of women in business getting to hold the top CEO spots, it seems that there is still work to do to overcome the barriers to career success. 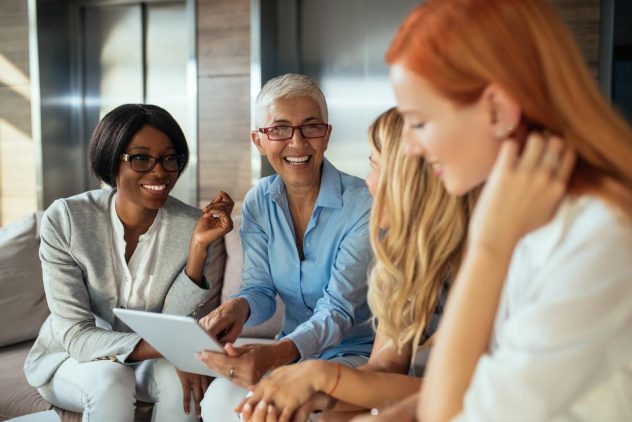 So, when it comes to breaking through that glass ceiling, we ask – are women really getting their fair shot in business today?

The potential barriers to success

In their report, Women in Business: who runs the world’s biggest companies, Businessfibre highlights that out of the 150 companies analysed, there was just one female CEO for every 20 men in the top job.

The reasons for this disparity between men and women in business are varied and highlight the very real challenges women face when it comes to progressing up the career ladder, not least gender bias and discrimination, the gender pay gap and the pressures on women to balance work and home life.

Why the gender gap is bad for business

Speaking to the Wall Street Journal, Facebook’s influential Chief Operating Officer, Sheryl Sandberg, said that the gender gap was not only unfair, it was financially bad for business and that closing the shortfall is essential.

According to Lean In, a global online organisation committed to supporting women achieve their ambitions, in its Women in the Workplace report, it’s at the first step onto the business management ladder that this imbalance starts. With more men than women getting that first advancement, it increasingly makes it harder for women to catch up. And this leads to a bias towards more men holding the most senior roles.

Businesses and women who are leading the way

While the Fortune 2020 report into the top US companies shows a record increase in the numbers of women holding the CEO title, this figure is still only 7.4% of the 500 companies analysed. But the women who are breaking through to these top CEO roles are now inspiring others to follow. And of the women CEOs featured in the Fortune report, many were at the helm of traditionally male-dominated sectors such as the automobile and aerospace industries.

Some growth sectors, such as Science, Technology, Engineering and Math (STEM) industries have also recognised the need to break down the perceived barriers to women of being male-dominated businesses and are proactively encouraging and supporting young women to consider their sector as a positive, progressive career. And the ongoing drive to tackle the gender pay gap as well as gender equality becoming policy for many organisations means that there will be greater parity at all stages of the career ladder, indicating that the concept of the glass ceiling in business could become a thing of the past. Then all women will finally get a fair shot in business, right the way to the top.

Why You Should Consider a Career in Construction