Film financing is what makes the world of movies go round, and without film finance, in its number of different forms, we would not have any films to enjoy.

It’s easy to overlook how much movies cost to make between their initial conceptions on a piece of paper and appearing on the big screen or your television and that’s why producers need a good investment company. A film project is usually divided into four sections – above the line costs, below the line, post-production, and other additional costs. 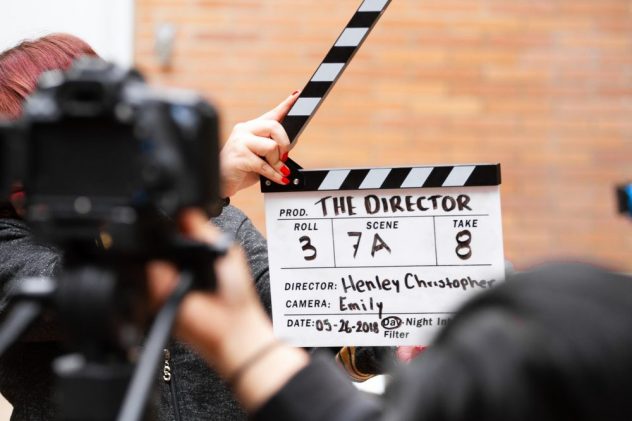 Estimating the cost of a movie is a time-consuming and challenging process, often underestimated, and as such producers need to have a good head for numbers as well as a creative flair. In order for a bank or private investor to want to consider financing a film, producers must put together a package that demonstrates why the project is worth investing in. This should include a step by step cash flow budget and project timeline for production of the film and develop a collateral pool to support its financing.

Financing independent films is notoriously tough. Even experienced film producers can find getting the money for their projects is difficult, and this is particularly true for new, inexperienced movie makers trying to secure film finance. Crowdfunding sites have changed the way projects like this are funding, helping to put people in touch with investors who are passionate and can help their ideas go from the notebook to the big screen through the power of film financing.

Investing in movies – How it has changed over the past decade

Before even looking for funding, producers need to spend at least £10,000 to £25,000 on development costs, nailing down their budget, schedules, scripts etc. Between 2004 and 2008 a wealth of new capital resources was poured into the film sector from hedge funds, investment banks and private equity firms. The vast majority of that investment went to big studio productions, but it did start to trickle down into independent films too. Multi-million dollar deals were made with several independent film companies and soon the trend shifted from investing in big productions to small, independent ones. By this point, it wasn’t just movie makers looking for funders, but the other way round- investors were actively seeking out film projects to work on and a huge number of people started to become interested in investing in movies. Throughout this period there were so many finances being invested in film that the indie film market was becoming too full.

At the same time, the world was in the grips of the global financial crisis and credit crunch, resulting in many buyers losing their access to credit sources. This crash essentially stopped film production which in turn relieved the bottleneck and overcrowding that had started to happen in the indie film industry. It also brought acting talent fees down and in turn production costs decreased. This made investing in movies a far less daunting prospect than it had been before and created an opportunity for new financiers to enter the market.

What’s needed to present a project to film financiers

Before contacting potential film financiers, movie makers are advised to work on a development budget for their film project, giving them a more solid idea of their business and finances and therefore making them a more attractive option for investment. A typical development budget for a movie includes a wide range of items which potential investors will need to know about before they make a decision to invest in film finance. These items include, but are not restricted to, script payment fees, script readings, producers’ fees, travel and accommodation expenses, camera tests and location scouting, schedule creation, script editing; potage, art work, legal costs and research expenses. This does not cover the production costs that come when the movie is officially in production, covering things such as actors’ fees and hire of production staff.

Film financiers often consider development money to be the highest risk so the more time and money that has already been invested, the more likely those interested in investing in movies will be willing to get involved. Development money is the total you need to invest in your idea to get it to the stage where it is an attractive package that can be presented to financiers. It is used to pay the screenwriter for re-writing the script, and covers the costs of admin and overheads. Development finance can be sought within the movie industry, as housekeeping deals with major distributors or production companies; government finance, private investment (for those attracted to high risk lending) or acting talent looking for new projects to work on. A lot of budding directors will have websites created with all of this information, ensuring the project is presented in an effective manner. Boxclever web design can assist with this, helping you to get more exposure online.

Hedge fund investments are an increasing source of movie funding. Hedge funds provide an investment vehicle that pools capital invested by a number of individuals and organisations and then invests it into securities and other projects. They are run by management firms and usually set up as limited companies. They are different from mutual funds because their use of leverage is uncapped and they usually invest in what’s seen as mostly liquid assets. They invest in a wide range of different markers and are becoming increasingly popular in the movie industry. They are usually only made available to people who are considered to be of a high net worth, and therefore sophisticated investors, and are not available to the general public. This gives them a special edge and makes them seem an attractive option to people looking for investment because of the assumed financial acumen and business expertise of the investors. They are often able to bypass licensing laws that most investment companies have to abide by and operate with more flexibility than most other investment options. They are currently among the world’s biggest investment vehicles and this continues to grow. Hedge fund investments have been responsible for an estimated $4 billion worth of Hollywood’s finance in the past few years, and this kind of film finance looks like it’s here to stay. Like the angel investors of Broadway who saved the theatre, those involved in hedge fund investments can often provide invaluable expertise and financial support to struggling movie makers.

The establishment of Film Finances Inc

Film Finances Inc was set up in 1950 following the post war financial crisis that affected the British Film industry, resulting in the big film corporations making huge losses. Many companies (e.g. the Rank Organisation) experienced crippling financial losses meaning they had to cease production and were then forced to rely on distribution guarantees. This meant that they had to make a promise to distribute films made for them by independent producers rather than being in charge of the production themselves, meaning the other producers could issue a guarantee to their bank that the movie would be distributed. Film Finances Inc pioneered the idea of completion guarantees in return for a percentage of the movie’s overall budget. The company’s founders helped movie makers, many of whom used to take out huge mortgages to finance their projects- borrow money in a way that wouldn’t financially cripple them and would pay dividends in the long run.

Still going strong today, Film Finances Inc gives completion guarantees to all leading banks working in the movie industry, having guaranteed in excess of 6,000 films and countless television series. When the company is approached by a producer to issue a completion guarantee, they review scripts, budget and shooting schedules to assess the viability of the project. If it’s deemed a goer, then it will be escalated to the next stage where key staff meet and discuss the movie in more detail. A legal letter of intent is then issued by Film Finances Inc to the producers to let them know that the application is progressing, hugely minimising investment risk, this remains the cornerstone of film finance today.

The cost and box office earnings of Star Wars movies

What Impression Does Bitcoin Have on Iran’s Meat Industry?