When it comes to building up a business, we can sometimes find that advice is coming at us from many different directions.

Some of this advice will be sound, other parts of it, less so. So, when it comes to picking up tips for business success, it pays to be selective in which ones we choose to heed and which ones to ignore. In terms of advice and practical tips for success, we could do a lot worse than looking to other businesses that have managed to excel, both from an outside perspective as well as from a personal customer experience of using them ourselves. 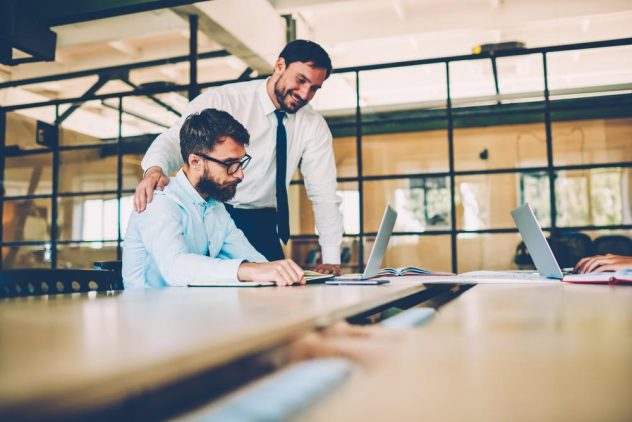 A rather unexpected example of this may be the online casino sector. In the space of two short decades or so, this has gone from being a fledgling industry to one which Gambling Commission figures state was worth £3.2 billion in the year between October 2018 and September 2019. And it’s not just from the perspective of an outside observer that we can learn from the most successful businesses, our perceptions and behaviour as a player on these sites has plenty of lessons to teach us too.

This is something that the oldest brands out there further industries know more than anyone else. Companies as diverse as Shell and Levi’s, as well as newer ones like Adidas and Netflix, have maintained a very similar logo and visual styling throughout their history. This, along with all the other branding cues such as the use of colour and tone of voice, has served to embed the brands’ identities in our consciousness.

Obviously, industries such as online entertainment have been around for a far shorter period of time. But the biggest of them have already developed a strong and recognisable style – and any business that you run should do the same. And it’s not simply a question of window dressing. The most effective branding says much more about what that business stands for and the principles that underpin it. So, if you’ve ever been attracted by or played in an online casino yourself it’s worth thinking about what it was that first drew you to that one compared with all of the other options available.

By looking at what has triggered you into making the choice it might well give you a better understanding of what your brand should be saying to draw in more customers for your business. For example of businesses outside your industry, you might want to be an innovative brand like Tesla or Netflix or give off a more traditional and conservative image. It might not always be easy to pinpoint the precise effect you want to have, but it’s well worth making the effort.

Focus on what you’re best at

There’s a famous adage in marketing that you can throw a number of balls at someone and they’ll drop them all. Alternatively, you can throw a single ball and the chances are that they’ll catch it. So, the moral of this is that by focusing on one thing, there’s a greater chance of achieving your aim.

As an example, online casinos have managed this very successfully indeed by focusing on marketing themselves very effectively and presenting the games on offer in the most attractive and alluring ways possible. When it comes to the games themselves, they recognise the value of outsourcing just as you should too. By leaving the development and design of the games to experts they can concentrate on what they do best.

For example, the online casino giant Betway features titles from many different developers so they can bring the players on their site a wide selection the very best slots, table games, and even a live casino section. Essentially, knowing your strengths and weaknesses will allow you to plan accordingly, and refer to external parties when necessary. Similar companies such as Microsoft also plan to put this into practice with their xCloud project, which will be a collection of titles chosen specifically to cater to their customers. The new gaming platform is set to be released on September 15, 2020 – while companies such as Steam have been cultivating successful gaming catalogues for years.

This trend for focusing on key strengths is equally useful when you’re playing in a casino – another very valuable life lesson which means that if you have a natural propensity for playing blackjack then your time may well be more profitably spent doing this than trying your hand at roulette. In the case of the casino, this could mean receiving a cash windfall, in the world of business it could be a case of increasing profits or even winning a prestigious industry award.

If modern online entertainment and gaming brands have learned anything over the last couple of decades, it’s that their customers have always been hungry for new and better ways to engage in their products. By staying well ahead of the curve and embracing new technology, they have effectively met that demand and continued to thrive.

A prime example of this has been the introduction of the film, TV, and games streaming. This has been an innovation that has been made possible by the ever-increasing streaming bandwidth and speeds of the internet. So, today, players can enjoy options such as live casino, live TV streaming, and interactive gaming sessions, that add a whole new layer to a previously one-sided entertainment industry.

So, take a good look at your business to see if there are any innovations you can make to follow suit.

It all adds up to the fact that there are many lessons to be learned, and skills to be transferred, between all industries and businesses outside from your own, both as a business and a customer. It’s just a question of exploiting them to the full for maximum success.

Brand recognition: The benefits of using custom packaging for your products

Marketing matters: 15 ways to push your business to the next level