As nations around the world grapple with the coronavirus pandemic, many have attempted to balance public health concerns with economic survival.

Yerkin Tatishev, the majority owner and Chairman of the Board of Directors of Kusto Group, a diverse conglomerate that operates in several countries around the world, has a unique vantage point from which to view the unfolding coronavirus pandemic and government measures to counter its spread. 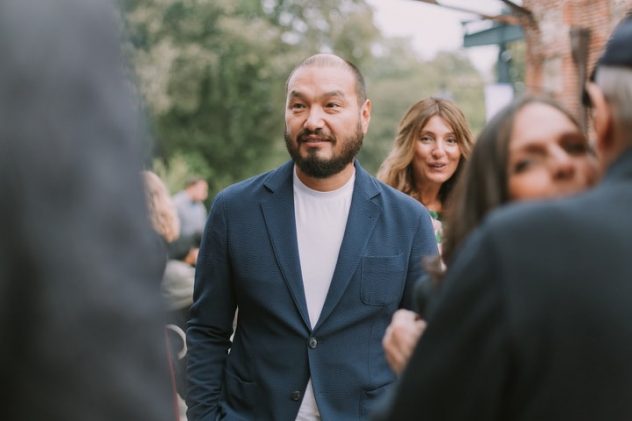 In a recent interview with Forbes Kazakhstan, Tatishev, one of Kazakhstan’s leading businessmen of the last 10 years, explained how Kusto Group’s diversified business copes with lockdown and what measures of support his businesses received in Kazakhstan, Canada, China, Georgia, Israel, Singapore and other countries.

He discussed which countries provided businesses with prompt and comprehensive support and where this support was lacking. For many countries, this support was primarily contingent on their capabilities to provide such aid.

Singapore, Germany, the Scandinavian counties and the United States all took immediate steps to bolster support for companies and individuals affected by the pandemic. In Israel, where Kusto Group’s Tambour, a paint and construction material manufacturing company, is located, the government designated construction as an essential sector. This enabled builders, hardware suppliers and material manufacturers to continue their operations and allowed a large number of immigrant laborers to remain in the country.

In Kazakhstan, tax breaks were extended to small and medium-sized businesses and bank loan support programs were increased. According to Tatishev, access to funding becomes an issue when relying on loan programs delivered through the banking system alone. While in many countries, governments accepted the burden of loan guarantees, in Kazakhstan, businesses were still subjected to restrictive criteria such as financial standing and collateral before being awarded needed financial support.

Tatishev believes that expanded financial access supported and guaranteed by the government could have helped alleviate unemployment and build trust between the private and public sectors, an area that he acknowledged remains a challenge for the country.

This is especially true when it comes to the country’s regulatory system, a remnant of Soviet rule and built on the mentality of mistrust, similar to a criminal justice system that views all guilty until proven innocent. This approach hampers growth and success. Tatishev, on the other hand, thinks that most people like businesses strive to be honest and productive and should be treated accordingly.

Crisis poses an opportunity for reform in Kazakhstan

When it comes to state-supported recovery for businesses, Tatishev says that a customized approach that considers the unique needs of each industry will be the most compressive and successful.

Without government support and continued restrictions on aid coupled with bureaucratic delays, he fears that many small and medium-sized businesses will be forced to shutter operations by the end of the year, with up to 20-30% withdrawing from the market or reducing their activity. An economic loss of this size will take years to restore.

The coronavirus pandemic may have brought a host of challenges for businesses and governments alike, but Yerkin Tatishev also says that in a unique way it has presented Kazakhstan an opportunity for growth and improvement. He says the government is the only agency that can stimulate much needed economic demand in a coordinated way.

Regulatory reform is imperative in this sense because if the government is unable to provide large sums of monetary backing, it can provide business renewed support in the form of more freedoms. Removing regulatory restrictions will provide oxygen to the market, says Tatishev.

Tatishev says that government officials have heard the call for reform. He says that he has met with the Minister of National Economy on the subject. The only question that remains if they are ready to change and at what pace.

There are examples of other countries who have implemented good practices regarding how to do this effectively in a very short time, in some instances such reforms have been carried out within two or three months. A time of crisis requires quick, good decisions.

Empowering businesses and entrepreneurs is a potent force for economic growth. “Private initiative is the best thing,” says Tatishev, “private interests of people, the passion with which they do it, it cannot be done by order.”

Three pillars of growth and prosperity

When asked whether he agreed with the formula stated by some economists that economic growth and prosperous development requires only three things: an independent court, an independent national bank and a free market, Tatishev responded affirmatively.

The court must be able to make independent, fair and quick decisions in order to resolve disputes whether between private companies or between private companies and the government. An independent national bank is necessary to keep inflation low, otherwise, high inflation erodes income leading to hidden taxes, an uncontrolled exchange rate, uncontrolled inflation. A free market provides opportunity, transparency and honesty by increasing access to trade and development.

From his experience as an international businessman, Tatishev cited Israel and Singapore as two examples of countries that have successfully implemented these three basic parameters into a working mechanism that has resulted in strong currencies, low inflation and low bank rates. Policies in these countries are favorable to business development and support long term growth for small businesses.

COVID-19 puts Kazakhstan at a crossroads

Kazakhstan now faces a second wave of the coronavirus with recorded diseases climbing daily. During the first lockdown, the government set aside 6 trillion tenge (approx. USD 14.3 billion) to support the fight against the virus. Now, hospitals are crowded and running short on supplies.

According to Tatishev, the quality of public administration and governance should be very good in peacetime, so that in times of crisis it can achieve results. The crisis has exposed and further exacerbated Kazakhstan’s lagging education and healthcare system and the mechanisms for resource allocation and management.

“In my opinion, Kazakhstan has been lucky for a very long time,” says Tatishev. “In particular, due to the fact that there was a favorable situation in the energy market, and we could sell our oil at a high price, thereby replenishing the budget.”

“Now, as soon as the crisis has come, it looks like a house of cards that is collapsing. What is important is that the system was not ready. I believe that it is crucial for the government to listen to businesses now, to listen to experts, economists, international experts. One can always complain and say that now is the best time to change something, now that moment has come.”

As for the current state of affairs in Kazakhstan, Yerkin Tatishev sees this moment as an opportunity for a public reflection on the successes and failures to initiate constructive growth.