Whatever happened to the good old days of love letters, poems and actually talking to each other in person?

Dating in today’s day and age is now as simple as a swift swipe to the left or right. Long gone are the days of needing to awkwardly dance over to a potential partner or ask them upfront for their phone number – nowadays, dates are arranged virtually and it’s normal to chat to as many people as you like at one time. 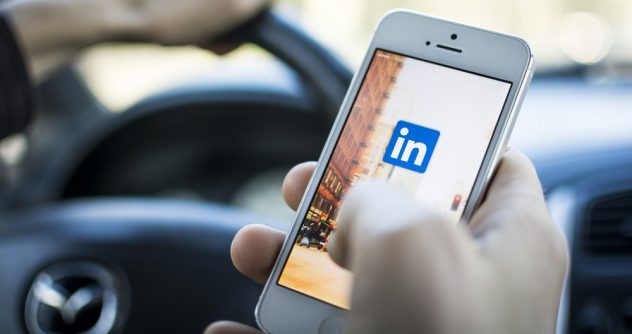 While dating apps and websites like Match, Tinder, Bumble, Hinge, Plenty Of Fish and OK Cupid may take centre stage as the most widely used dating apps, there has been a growing trend over recent years for LinkedIn – the world’s largest professional network – to be used as a way to find potential suitors.

But should LinkedIn really be used as a dating website? And why has it become so popular in recent times? This article will look to answer both these questions and more.

Dating apps may be incredibly popular but, typically, each person’s profile only provides a snippet of who somebody is, what they do, where they’re based and why they’re on the dating app in the first place. Online profiles are also often crammed full of ‘questionable’ photos, ranging from blurry group shots where you can’t work out who the person is, to certain images that are probably over ten years old.

LinkedIn, on the other hand, avoids these issues.

Since the platform has been designed for professional purposes – acting as an online CV for each of its 575 million users – the information on each individual profile tends to be a lot more honest and accurate, providing a much clearer insight into who somebody actually is. While it doesn’t show every bit of information about a person – like their height, weight or relationship status – it does show the key details, like their name, age, location, etc. It also shows their employment background and the details of any academic achievements they have made, which can be very useful when it comes to verifying people are exactly who they say they are.

To date, or not to date

In a way, LinkedIn profiles remove the illusion of online dating privacy that the more popular dating apps tend to provide. Going on a date with someone you don’t know can be nerve-wracking at the best of times, but it can be even worse when you know next to nothing about them. Now, thanks to LinkedIn, a quick “[NAME] + LinkedIn” Google search will bring up a whole host of information that their dating profile won’t show, making it easier to tell whether they’re worth investing your time in or not.

But, does LinkedIn stand up as a dating site in its own right? While it may be great for verifying a match’s profile from another dating app, can you realistically use it to connect with, chat and date other people?

Well literally, yes. But, morally? Not so much.

Since LinkedIn is basically a huge networking platform, one of the main reasons people use it is to reach out to other employees and industries, in order to source new job or work-based opportunities. While there are no rules against using it for personal development – sending someone a cheeky message when they catch your eye – this is largely frowned upon and is unlikely to lead where you want it to.

Unlike dating apps, where the other person chooses whether to match with you or not, there is no guarantee the person you message will want to play ball. In fact, you could end up annoying them by coming across overly forward. LinkedIn doesn’t disclose relationship information either, so you could also waste a lot of time messaging somebody taken already or even married.

LinkedIn may make it easier to better yourself personally and professionally, but it isn’t designed for dating. Choosing to use it as a dating site will require a lot more legwork than it would do at say a networking event, or by using one of the more well-known dating apps. LinkedIn should only be utilised to verify details and confirm that somebody’s background is as they say. If it isn’t, steer clear.

The days of love letters, poems and talking to each other in person now appear to be a thing of the past. In today’s world, it all comes down to confidence, networking and standing out – and especially online. While LinkedIn might not be the best way of meeting somebody new, one thing’s for sure: keep your profile fresh and up to date. You never know who might be looking at your profile.

How to promote your startup without annoying customers