Bitcoin is a digital and virtual currency that was invented by a mysterious entity named Satoshi Nakamoto. Bitcoin is virtual, which means it doesn’t have any physical existence and can’t be stored anywhere technically.

Bitcoin system runs on blockchain technology that uses complex mathematical algorithms to store bitcoins and keep track of all the transactions made through bitcoin. The blockchain technology offers high security to bitcoin, and no malicious attack or theft can occur. Which is where the need for bitcoin wallets comes in. 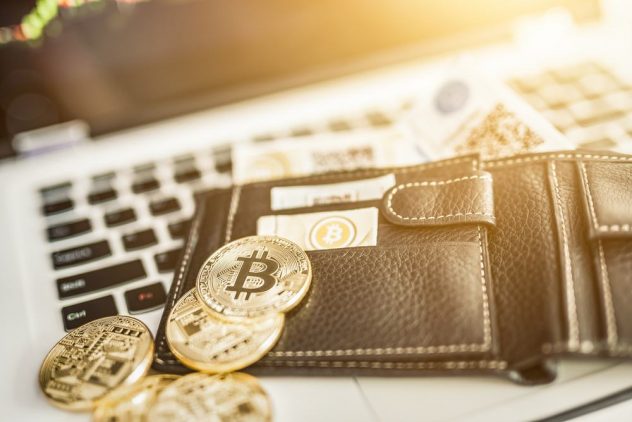 The users need to be responsible for handling their bitcoin wallets. A bitcoin is just like a bank account that stores your currency and can send and receive it when you allow it. The bitcoin wallet has private keys that the only owner can see and use, and protecting that private keys from others is quite crucial. The bitcoin address and the transaction signature need to be secured. The users must understand the bitcoin wallet’s importance and must understand how to use it and protect it from unauthorized access.

Many different types of bitcoin wallets have different accessibility, convenience, security, and requirements. Just visit the online trading websites to know more details on this, here is the full list. Here in this article, we will learn and gain knowledge about some of the bitcoin wallets, which are as follows:

A paper wallet is a document that includes the public address of bitcoin that is used for receiving bitcoins and contains a private key as well. The private key allows to transfer or use bitcoins that are stored on bitcoin address. Paper wallets are in the form of QR codes that can be scanned and used to make transactions. There are services like Bitcoinpaperwallet and BitAddress that can generate a paper wallet and allow the users to create a bitcoin address that has its private key.

The main benefit of a paper wallet is that the wallet’s keys are stored offline, which makes it immune to malware attacks and hacker attacks. But still, it is essential to take some precautions while creating a paper wallet. To reduce any risk of malware attacks, it is suggested to utilize a clean operating system that runs from a DVD or a USB flash drive.

The physical bitcoin wallet is the wallet that is preloaded with bitcoins of a fixed amount. The main intention behind creating this wallet is that the bitcoins are not spent till the time the private keys are hidden. This goal or purpose is achieved by utilizing the temper-evident seal. The first type of physical bitcoin Bitbill was similar to a credit card, but most of the substitutes were in a round medal shape.

Physical bitcoins are considered the most convenient way of securing your funds and are beneficial when used or trade online. Also, the physical bitcoins have become an item of the prized collector.

Web wallets are the online wallets that third-parties control private store keys on the server and the web wallets. Web wallets offer different services that provide different features to users. These features can be either linked to desktop or mobile wallets and duplicate your bitcoin addresses on other user devices. The web wallets are similar to mobile wallets, it enables the users to get access to their funds from any devices, and they must be connected to the internet.

The web wallets must be protected appropriately as if not protected; the organizations that run the website gain access to your private keys, resulting in losing funds. Some of the e-wallets operate on a bitcoin exchange, and there are times when exchanges are shutting down and making off with users’ funds.