In a normal year, businesses will invariably face tremendous challenges. In 2020, those challenges have increased exponentially. The rampaging effects of the global pandemic, coupled with an accelerating ‘Retail Apocalypse’ have hamstrung a multitude of SMEs globally.

In the US, Congress expedited an unprecedented bailout for small and medium enterprises, known as the PPP (Paycheck Protection Program), in tandem with various other loan options to help keep businesses afloat. This short-lived assistance is insufficient to ensure the long-term survival of ailing businesses. 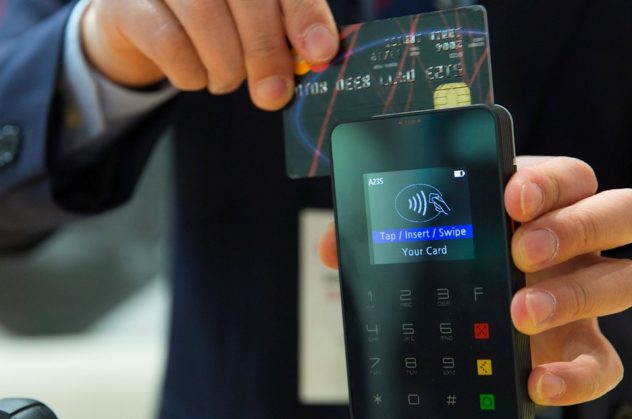 Bricks and mortar retail operators have been hard-hit by the COVID-19 pandemic, and a relentless onslaught of technological innovation that threatens to derail the profitability of business enterprise. For one thing, 2020 has given rise to an unprecedented shift to e-commerce. Land-based businesses weighed down by massive square footage, scores of employees, inventory, vehicles, equipment, machinery, et al are finding that they are unable to remain profitable in an increasingly anemic marketplace. Widespread closures of businesses have been the norm.

Why are so many retail chains closing their doors?

Business Insider (August 17, 2020) reported that 7500+ stores will be closing in 2020, owing to the Retail Apocalypse, exacerbated by the coronavirus pandemic. The Retail Apocalypse phenomenon began in 2010 with a shift from traditional bricks and mortar retail operations to eCommerce. The cost, comfort, and convenience of the online shopping experience has eaten into the profitability of higher cost, land-based stores across the US, and the rest of the world. While the ramifications of these disruptive changes have been negative for land-based workers, entrepreneurs are leveraging the power of eCommerce to keep popular brands front and center.

In January 2020, researcher and data journalist, Felix Richter penned an op-ed for Statista, titled ‘Retail Store Closures Spiked in 2019’. He illustrates why eCommerce is having an outsized impact on land-based stores across the US. In 2018, retail sales at e-commerce platforms amounted to $500 billion, yet they accounted for just 10% of overall retail sales in the country. It is against this backdrop of declining sales and tougher competition that many land-based SMEs closed up shop in 2019. For every 2 stores that shuttered in 2019, 1 store opened up. Family Dollar, Dollar General, and Dollar Tree opened up several hundred locations apiece, even as plunging sales hit the broader market.

In 2019, the retail apocalypse accounted for some 9300+ store closures, markedly higher than 8000+ in 2017. By the end of 2020, retail experts have not ruled out as many as 12,000+ large-scale chain store closures taking place. This naturally warrants a rethink of the way SMEs can stay in business. Serial entrepreneurs Tai Lopez and Alex Mehr have dipped their feet into these muddied waters, in an attempt to implement strategic turnarounds. Lopez is a well-known serial entrepreneur and social media influencer, with millions of followers. He owns several hundred acres of land in Virginia, and has invested heavily in retail operations with a strong eCommerce presence. Mehr is a former NASA scientist, and co-founder of the hugely popular Zoosk dating app, which he recently sold for $280 million.

The dynamite duo put their collective know-how to the test by actively seeking out SMEs with brand-name recognition in need of rescuing. REV (Retail E-Commerce Ventures) is headed up by Lopez and Mehr, and it ‘transforms well-known distressed retail brands into eCommerce success stories’.  Among the many companies acquired by REV the following:

These serial entrepreneurs invest in distressed brands, that are known and loved by generations of customers across the country. The turnaround strategies employed by Tai Lopez and Alex Mehr tap into the brand-name appeal of companies by leveraging their credibility, quality, and customer service excellence in the virtual arena. The Florida-based REV has set its sights on major retail organizations including the iconic Modell’s Sporting Goods, Dressbarn, and Pier 1 Imports, to name but a few. Just recently, REV acquired the century-old Modell’s Sporting Goods for a nifty figure of $3.7 million. While the physical operations of the company were unprofitable, the brand name remains favorable to millions of Americans. REV implemented a digital retail platform for this company, helping to boost sales and profitability in the process.

Dressbarn is another company that has benefited from this innovative turnaround strategy. When it filed for bankruptcy, some 9,000 people were employed by Dressbarn. Today, the company is still operational – and profitable – and only employs 30 people. By trimming the fat and injecting a shot of ‘eCommerce-style adrenaline’ to these ailing retail operations, these companies are now starting to turn things around. The Retail Apocalypse is being fuelled by unprecedented growth in e-commerce by sites like Shopify, Amazon, eBay, Ali Baba, and big retailers with online operations. By purchasing the intellectual property rights of struggling retailers, future-oriented entrepreneurs like Lopez and Mehr are able to capitalize off the well-known appeal of popular brands. The strategy is really working.

How to get back on your feet after business insolvency