Mobile apps are now an integral part of our everyday lives. With studies finding that millennials use apps 50 times a day on average, there are a lot of ways by which your company can innovate and rake in major business in your market. All you need to do is go digital.

Recent stats show apps combined are expected to generate roughly $189 billion in revenue. But most businesses are caught in the dilemma of whether they should invest in Android or iOS applications. Here are the reasons that iOS app development might be a better choice for your business. 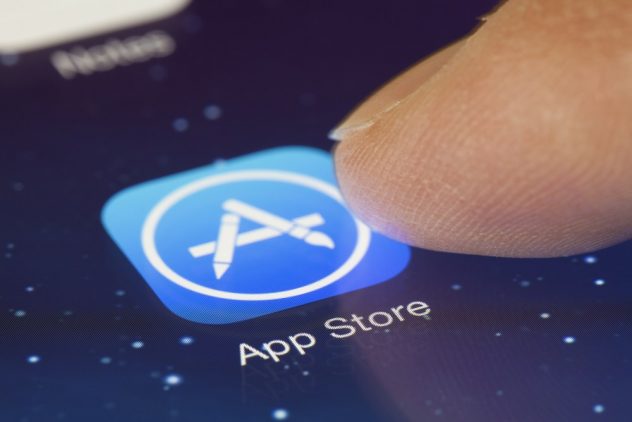 According to a report released by mobile app analytics firm, App Annie, Apple App Store remains the best revenue generator for mobile apps. This implies that iPhone and iPad users tend to spend more in comparison to Android users. Therefore, you’ll be able to monetize your app quickly at the iOS App Store than at the Android Play Store.

In terms of revenue, the US, China, Japan, and South Korea accounted for 85% of the revenue generated. The report also predicts that Android may surpass iOS in terms of revenue by 2021-22, but that is mainly because of the adoption of Android in countries like China, Indonesia, Brazil, and India.

So irrespective of whether your business is in the B2B or B2C segment, chances are your app will make you more money on the iOS ecosystem than on Android. They’re more open to making in-app purchases or signing up for a subscription.

If you look closely, Apple doesn’t sell devices; it sells an entire ecosystem, which we know as “The Apple Ecosystem.” As a consumer, you might be familiar with its hardware products like Macbook, iPhone, iPad, iWatch, and AirPods, among others.

Each of these products represents an ecosystem. Users like to use an app across the entire ecosystem. So if they’ve used your app on their Macbook, they’d be open to using your app on iPhone.

When you undertake an iOS app development project for your company, you’re getting access to an entire ecosystem. This would call for additional development and investment, but is actually worth it. By being near to your customers across all of the devices they use, you can develop trust and confidence in them that’d enable them to make the purchase.

If you’re trying to reach a younger audience, then iOS App development might be your best bet. Most iPhone users fall in the age range of 18-24. So if you have a millennial-centric product, then your app will be embraced quickly in the Apple App Store than in the Play Store.

Because they’re young, they also tend to earn more and spend more. As per Comscore, the median income of iPhone users is $85,000 per year. This is over $20,000 more than the average median age of Android users. Since iOS users are earning more, they also tend to spend more if offered enough value. Another benefit the report points out is that iPhone users are more engaged than Android users. On average, they spend nine more hours each month than their Android counterparts.

So if you want an engaging audience that is young and spends more, you should consider iOS App development for your business.

Apple is known for being strict and uncompromising when it comes to user security and privacy. It’s worth noting that getting your app approved in the iOS App Store is no easy task. You’re required to meet multiple quality and safety checks. Because it is a closed system, it doesn’t release its source codes to the public or the users.

So, it’s really hard to get access to the code, modify it, and include the buggy codes. That’s one of the reasons why users view iOS apps as more secure. Businesses, too, tend to use the Apple ecosystem for their operation.

Once you’ve developed the iOS app for your business, you can less worry about someone manipulating your codes. So, you can sit back with confidence and let users enjoy your services undeterred. If safety is your priority, choose iOS app development over Android.

iOS apps are faster to develop

Apple is stricter in its app development policies. But it takes less time to develop an app for iOS devices than for Android devicesAndroid devices. This is because of the programming language involved and standardization.

Apple uses Swift as its programming language, which is written on top of Objective-C. Android, on the other hand, utilizes the Java programming language. It takes less time to code and develop an app in Swift as compared to Java. This difference can be as much as 30-40%, which is significant for a time-bound enterprise. The second reason is because of the standardization required. Since Android is used across a wide range of devices, you need to make more standardization for them so that they work the same across all devices. iOS is only for Apple devices. So there’s little to no standardization required. This, in turn, means you can ship and test your app faster.

To sum up, iOS app development provides you with a range of benefits. They are immensely popular, faster to develop, and provide a higher degree of security to your users. This presents a solid case in favor of iOS app development. If you are convinced, and want to get started, it is highly recommended to make use of app builders to make the process flawless and effortless.