The story of Japan and its rise to world economic power is a fascinating testament to one nation’s resilience and determination to succeed. Like a Pheonix, it rose from those ashes of World War II to become an economic miracle of East Asia.

This was largely due to a rapid leap in Japan’s technology sector and the development of robotics including supreme infrastructure. This country also excels in its IT area, especially online gaming and software development. Japan is proof that anything is possible for those who have a clear vision and courage to follow it through. 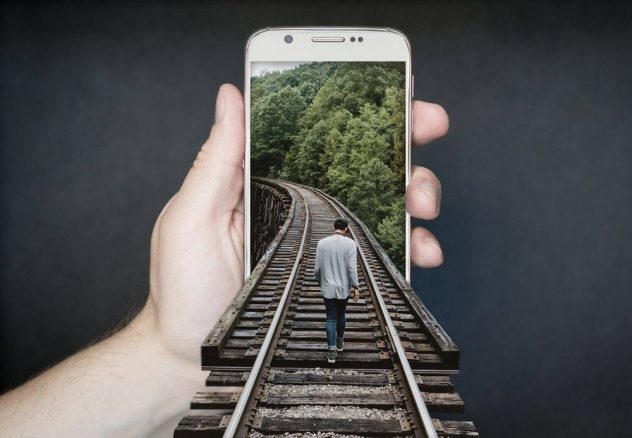 In the Empire Of The Rising Sun

With its deep traditions plus work ethics which are common for most Asian countries, Japan was always a regional leader that spread its influence on his neighbors. Its growth was based on extensive farming, so this whole nation’s economy was based on agriculture. All this changed at the beginning of the 20th century during the Meiji era that started a rapid modernization effort to industrialize their whole society. It seemed like Japan transformed overnight from an almost feudal country to modern European-like industry. This was that first leap that changed that landscape of this whole country but it won’t be the last.

After WW2, it seemed like all that progress was in vain, a futile endeavor made for financing war efforts. The Japan’s economy was devastated, and its slow recovery process began through technology. What kickstarted this second industrial revolution was a technological development that spread through all pores of society. It seemed like all Japanese became science experts overnight, as they were making miraculous progress in areas like robotics or computing. These were just baby steps that paved the way for what Japan is today, a world economic superpower.

What is so fascinating about this country is its loyalty plus devotion to traditional moral values or work ethics. Young Japanese folks work long and hard, and unity plus conformity are seen as virtues that benefit their whole society. Their codex of honor or punctuality had become legendary worldwide, so it is no wonder they rose quickly after WW2 to become one of Asia’s biggest economy superpowers today. We often make fun of stereotypic Asian conformity or hard work, but last time we checked, they are taking the world by storm with their advanced technology.

There is another important thing to know, which is a little known fact that the private sector in this country has a centuries-long tradition. That is right, many Japanese firms were founded centuries ago, and they still continuously operate today, which is an almost unique case in history. What this really means is that there is a long tradition of entrepreneurship, including business management. It is no wonder that they rebuilt so fast as they already had the know-how, they just invested their efforts in another direction- in Japan’s technology. Management has deep roots in this society, so when you mix that with solid work ethics plus conformity, you got a science revolution coming up.

You got to have some fun

All that work can make people exhausted, so why not use some of that new technology for making some fun things to play with? Robotics and gaming are taken with great passion in this country, and their government is more than ready to subsidize these efforts. Online gaming sites captivated a new generation that was craving for some fun and games, so they made quite a positive impact on the Japanese economy. Finding those good sites may be hard, but we can help you with that, so check out our review of Casino-X or other top gaming sites. Sites like these with great bonus features have rejuvenated this country’s gaming economy.

Robot pets or smart gadgets are household items in many Japanese homes, so they serve for fun or pleasure. Here is proof that science can be fun while also being used to upgrade this country’s economy. Their passion for gaming has a century-long tradition that started with pachinko machines and is now going towards online gaming. Smartphones or tablets are also widely used for video-gaming with new models popping up every month. It seems like Japanese technological development is unstoppable.

As China becomes more powerful, Japan’s economy is trying to hold its supremacy in their technology department. One hard recession hit them in the 80s, but the country bounced back like they always do. Japan is fully integrated into this world’s economy as a big player so it will be interesting to see what awaits them in their future. They will surely continue to develop robotics or their IT sector, so we should expect many interesting innovations in some years to come. Do not forget their automotive industry that sets new standards for transport vehicles around the globe.

If you ever visit this country, enjoy beautiful nature or architecture plus a unique culture that captivates our imagination. Try a game of pachinko or some local cuisine and mingle with the locals. You will discover a traditional society that embraced technological development as crucial for their survival. It is like a modern steampunk society but with a lot more science, sake, and great sushi. Empire of the rising sun continues its economic growth and shows no signs of slowing down.

How to demonstrate company culture to clients

How to create a healthy culture in your team

What businesses are continuing to boom in Japan amid COVID-19

5 ways to reduce software development costs for your business

Dominic Lill - March 11, 2019 0
Since the very beginning of the discussions around the extremely feared or fiercely fought for Brexit, marketers across all sectors speculate about its impact....